Zumapocalypse: SA’s damage far deeper than the R100bn wiped out by a single man’s legacy 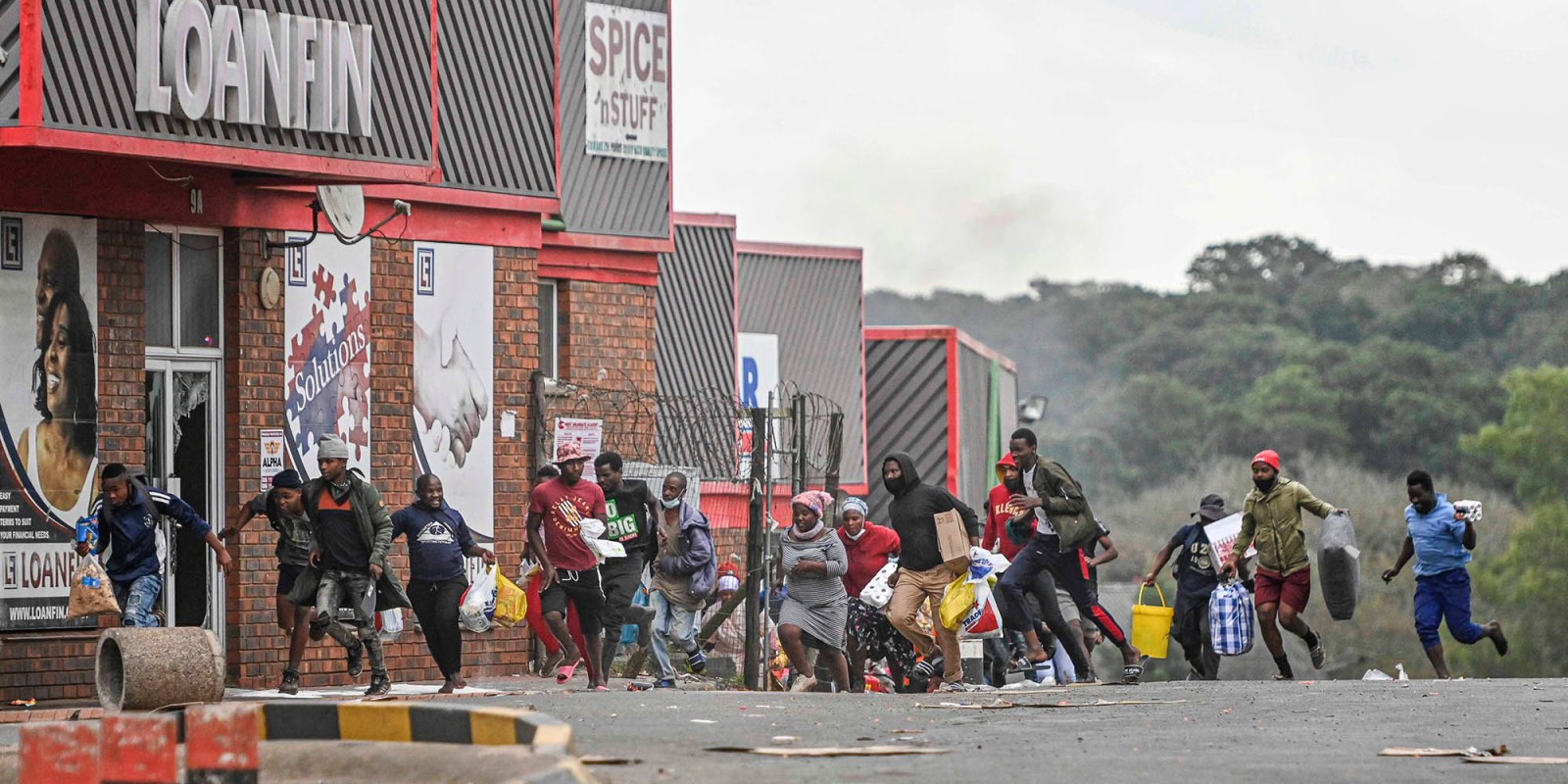 What could South Africa have been, had an international criminal enterprise run by the Gupta family with the blessing of former president Jacob Zuma and various Cabinet bottom feeders not stolen at least R50-billion in public funds over several years?

For nine days in July 2021, a spasm of violence tore through KwaZulu-Natal and, to a lesser extent, Gauteng. At least 342 people died violently and in terrifying circumstances.

“At the end of that week, approximately R50-billion was wiped off the South African economy,” noted a report by an expert panel into the July “unrest”.

And while Zuma is named several times in the report of the expert panel – chaired by Professor Sandy Africa – which was handed to President Cyril Ramaphosa in November 2021, the panel did not fully pin anything on the former president.

The day after Zuma’s incarceration, “the night of July 9, a number of trucks and cars were torched on the National Route 3 (N3) at Mooi River Plaza. This action resulted in the closure of the N3, a major route which links the provinces of KZN and Gauteng.”

The cost of State Capture to South African society – R49,157,323,233.68 to be precise – has been set out in Part 2 of the State Capture commission report, as well as in detailed testimony by investigator Paul Holden.

The poverty, hunger, unemployment, the crumbling infrastructure and the failing state we see before us is not some accident, it’s not a sadistic and unfair twist of fate.

The report by the expert panel paints a devastating portrait of a post-Zuma South Africa and the collateral damage of years of a profligate and lawless ANC under his leadership.

Zuma’s prints, however, are all over the political landscape of what Ramaphosa termed the “failed insurrection”.

Not only does the report highlight the erosion of the authority of the state and of law enforcement agencies, but also the incompetence and lack of cooperation between key ministries and offices while the country experienced lawlessness and violence, “never before seen in our post-apartheid democracy”.

Zuma’s personal dominance of the law enforcement cluster is what kept him in power for so long.

Report of the Expert Panel Into the July 2021 Civil Unrest

The violence of July, said the report, enabled “certain interests” to “take advantage of the levels of poverty, inequality, lack of service delivery and social tensions to advance their cause”.

These interests, concluded the report, remained “faceless” as did the “masterminds” and their aims.

While it acknowledged that a complex vortex of circumstances, including the Covid-19 epidemic and a shattered economy, had contributed to the tinderbox of circumstances that converged on 8 July, the report makes it clear ongoing factionalism in the ANC is a threat to national security.

A more damning assessment could not be offered. Oliver Tambo would weep. Chris Hani would nod and say, “I told you so.”

Years of political abuse of the State Security Agency and SAPS Crime Intelligence has diminished capacity, the report clearly set out. Whatever intelligence was gathered in weeks leading up to the violence was not passed on, either through incompetence or deliberately.

The security agencies, however, already had their hands full before the looting and sabotage.

“For example, politically motivated killings or assassinations in parts of KwaZulu-Natal have been a persistent feature of political competition, worryingly, within the ranks of the governing party, the ANC,” said the report.

The trend, it added, shockingly, “seems to be spreading to other provinces and [is] reflective of the tensions and divisions between rivals and rival groupings (some would say factions) in the party.”

…“there are other manifestations of a culture of lawlessness in South Africa: the destruction of infrastructure (e.g. the theft of steel, copper on the railways) which was brought into the public spotlight, and has been happening to a greater or lesser extent over a long period now; the pilfering of fuel from the strategic supply lines; invasion of disused mines by illicit artisanal miners (zama zamas); the periodic blockading of national roads by disgruntled truck drivers; the illegal occupation of buildings by bullying municipal officials or in some cases collusion with them by ‘business forums’ undermining procurement procedures – these are all indications of how the authority of the state has been eroded without any visible plan to respond.”

Apart from the hot mess that is the ANC, the panel found that the same ANC government  “at all levels, must seriously attend to the socioeconomic challenges facing the country”.

The panel would be “failing our duty” if it did not express “the profound frustration from, in particular, the civil society, business and security sector delegations we met, that the government is not paying sufficient attention to this matter”.

The panel said that South Africans who had been caught up in the devastating chaos questioned whether the state had collapsed and people had been left “to fend for themselves”.

Representatives of “think tanks” had told the panel that the insurrection “had been organised, and the main culprits were not the dwellers from informal settlements; or ordinary residents in communities, but rather politically motivated criminal and opportunistic groups directing people to easy targets such as malls and warehouses”.

Social media, the report found, had been openly used to encourage lawlessness and although Jacob Zuma’s daughter Duduzile Zuma-Sambudla used Twitter to celebrate on the night and as the violence continued, she is not named in the report. Neither are other instigators who have made court appearances since.

The failed July insurrection had also battered South Africa’s social cohesion at a time when citizens had already suffered through a harsh Covid-19 lockdown, thousands of deaths and job losses.

“Communities that used to live side by side in harmony were divided; citizens felt abandoned by the State; there was confusion as looters and the victims of their looting continued to live together in the same communities, not knowing how to continue to co-exist, how to deal with their sense of profound disappointment and hurt that members of their own community failed to be their protectors.”

The “glue” that had held communities together “was shaken, a matter that should not be ignored if we are to ensure that those communities become an important contributor to stability in future”.

The report set out how in “most” of the looted shopping malls the panel had visited, managers spoke of how “regular customers, who used to be frequent, friendly visitors to the management offices become part of the ravaging mobs.

“They sat down with them after the violence subsided to try and make sense of it. They could not get clear answers from them on why this happened.”

A final suggestion made by the panel was “reimagining the social compact, and giving dignity to all”.

Almost three decades into democracy, however, “there is still such deep racialised poverty and inequality in our society” and a greater need for “security”.

Jacob Zuma’s legacy will be with us in one form or another for some time to come. The RET flame may yet burn us all. DM