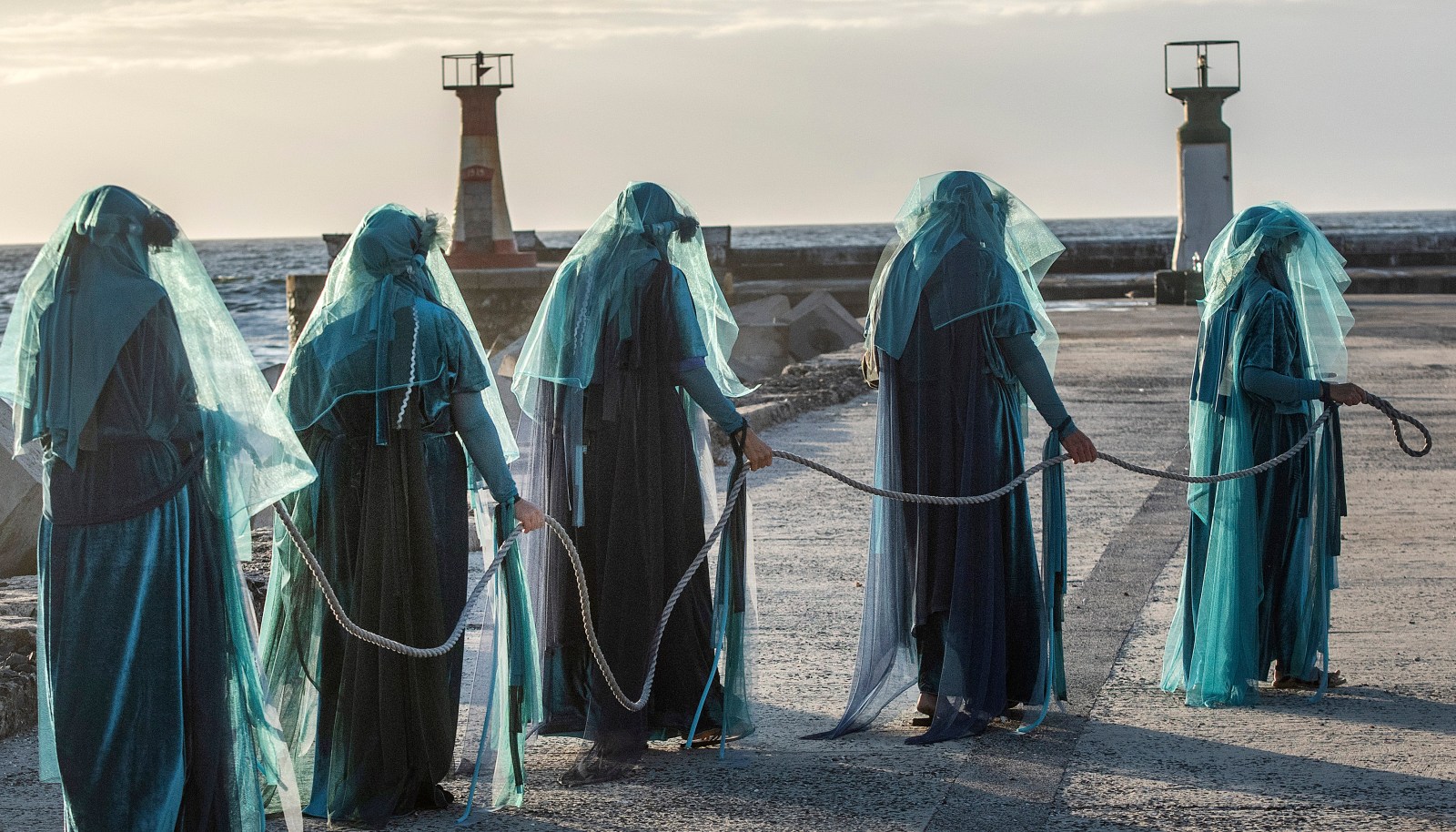 Ocean Rebels, an Extinction Rebellion Cape Town performance group, gathered beside the ocean in Kalk Bay to draw attention to the exploitation of the oceans and our Planet Earth, and specifically oil and gas exploration and extraction along our coasts. (Photo: Brenton Geach)

Organisers say their objective is to fight against environmental degradation and contribution to fossil fuel emissions. Photos by BRENTON GEACH.

At sunrise at Kalk Bay harbour on Friday morning, an “artivist troupe” gathered in a silent artistic demonstration in what is part of the global coastline rebellion being held on Friday against companies searching and drilling for oil and gas in oceans and environmental destruction.

Judy Scott-Goldman, an academic editor who was part of the demonstration, told Daily Maverick that this call to action came from Argentina, which called upon the climate activist network Extinction Rebellion to support their action against what they call, “neo-colonialism, corporate power and environmental destruction.”

The Argentinian government has just given permission to Norway to conduct seismic surveys in Argentina.

“As you know, we are battling the same things here,” said Scott-Goldman referring to the seismic surveys on the West Coast. “So activists from 19 countries have come out today in this global resistance against companies searching for and drilling for oil and gas and oceans around the world.”

From South Africa to Argentina, Perú to Germany, 19 countries will participate in creative actions and movements at corporate headquarters, national embassies, affected beaches and in the streets in a multinational resistance against a multinational threat on Friday, 4 February.

Scott-Goldman explained that their “artivist troupe” of five women were the ‘blue rebels’.  The ‘red rebels’  were due to appear at the waterfront at 4pm. 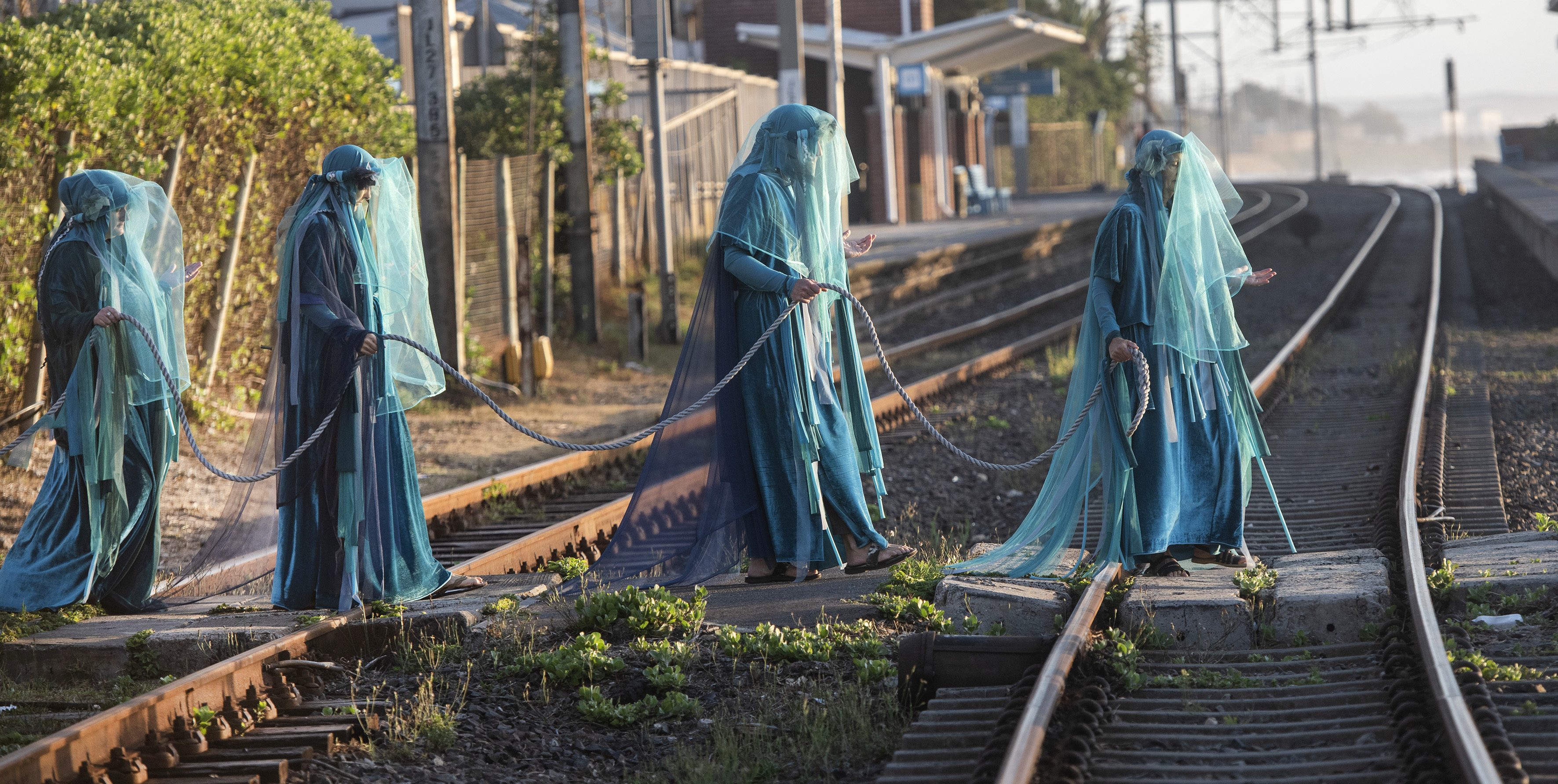 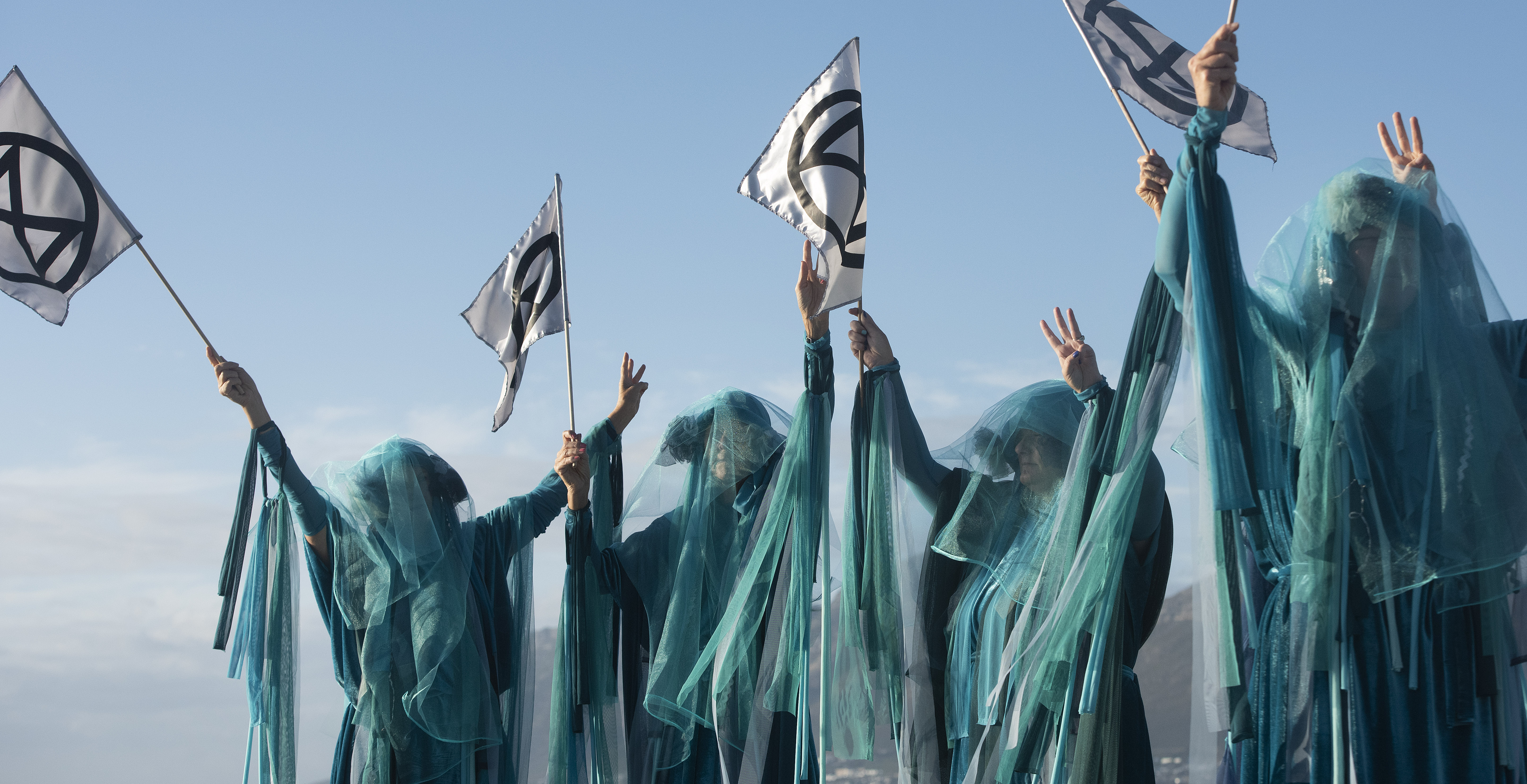 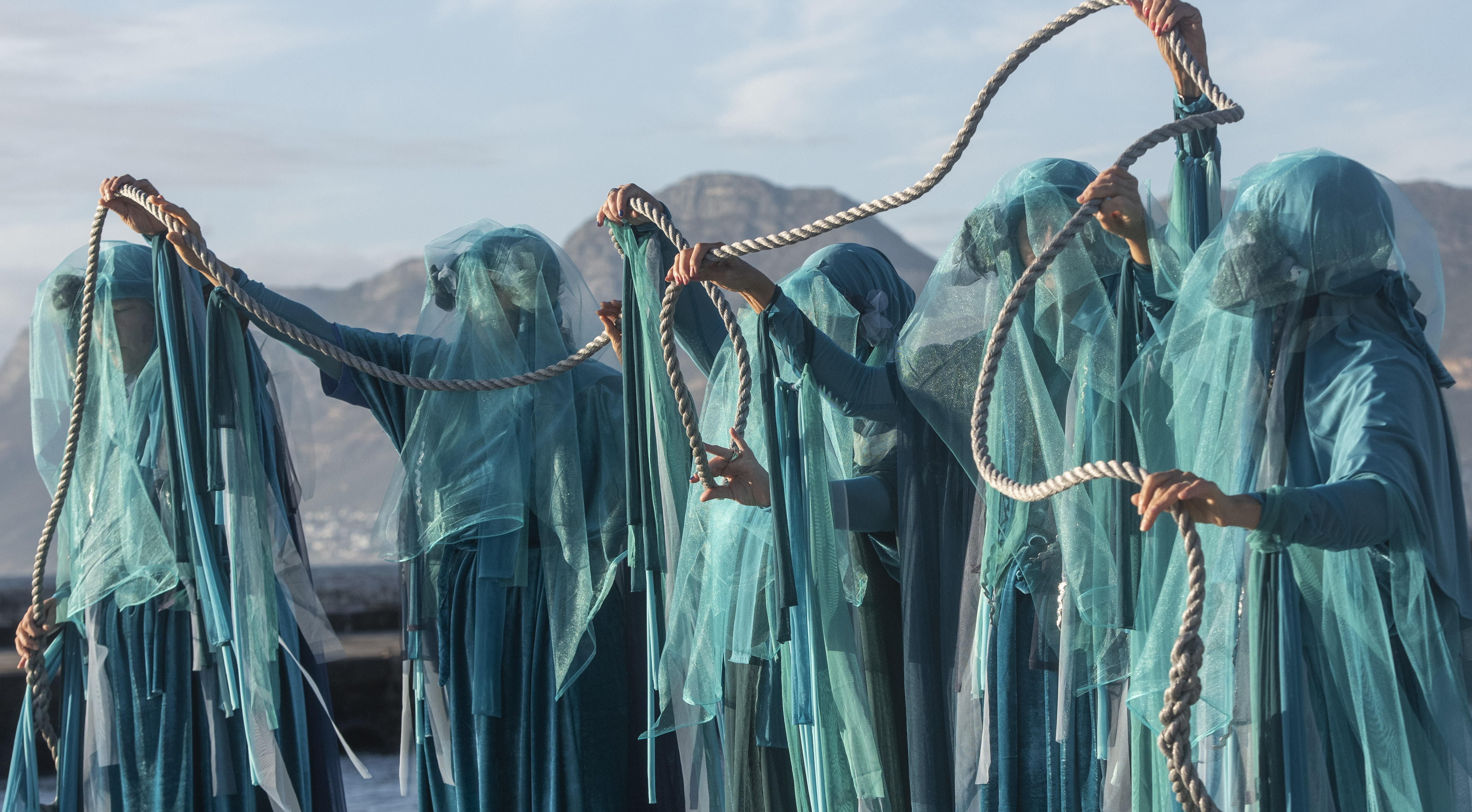 Ocean Rebels, an Extinction Rebellion Cape Town performance group, at Kalk Bay Harbour to draw attention to the exploitation of the oceans and our Planet Earth, and specifically oil and gas exploration and extraction along our coasts. (Photos: Brenton Geach)The blue and red rebels were created by a UK street performance group the Invisible Circus.

“So it’s like activism, but it uses art,” said Scott-Goldman, explaining the idea behind ‘artivist’ groups.

“When a protest is going on, and you’ve got a lot of noise and sound, people shouting, slogans or whatever — the artivist troupe is silent — it’s mime, it’s carrying the emotion.”

Scott-Goldman said in reference to the costumes she and the fellow ‘blue rebels’ were wearing, “the symbolism of the rope is that it sort of alludes to marine animals trapped in fishing gear, and the fact that we ourselves are trapped in systems that are breaking the ocean environment.”

She added that the rope that they were holding in their hands and looped between them was referencing the rope that is looped at the side of a boat, in support of small fishing communities along the Wild Coast and West Coast, where seismic surveys are taking place.

“[Fishing communities] who are frightened that they will lose their livelihoods if oil and gas should be found,” said Scott-Goldman.

Scott-Goldman said their objective was to fight against environmental degradation and contribution to fossil fuel emissions.

“Our country’s one of 196 other countries who went to Glasgow in November last year,” said Scott-Goldman referring to the UN Climate Change conference (COP26),

“And, we made solemn pledges that we would reduce burning of fossil fuels because of the danger of climate change. But everybody just comes back and carries on with business as usual, and the [climate] scientists are screaming at us that we are really getting close to a tipping point in terms of climate and biodiversity loss.”

Scott-Goldman started reading about the climate crisis 10 years ago and felt spurred to take action. “As you read more and more, you reach a point where you actually have to do something,” reflected Scott-Goldman.

“It feels totally schizophrenic to read this stuff and then see that the whole world is just carrying on with Carbon emissions, greenhouse gases increasing every year.” DM/OBP