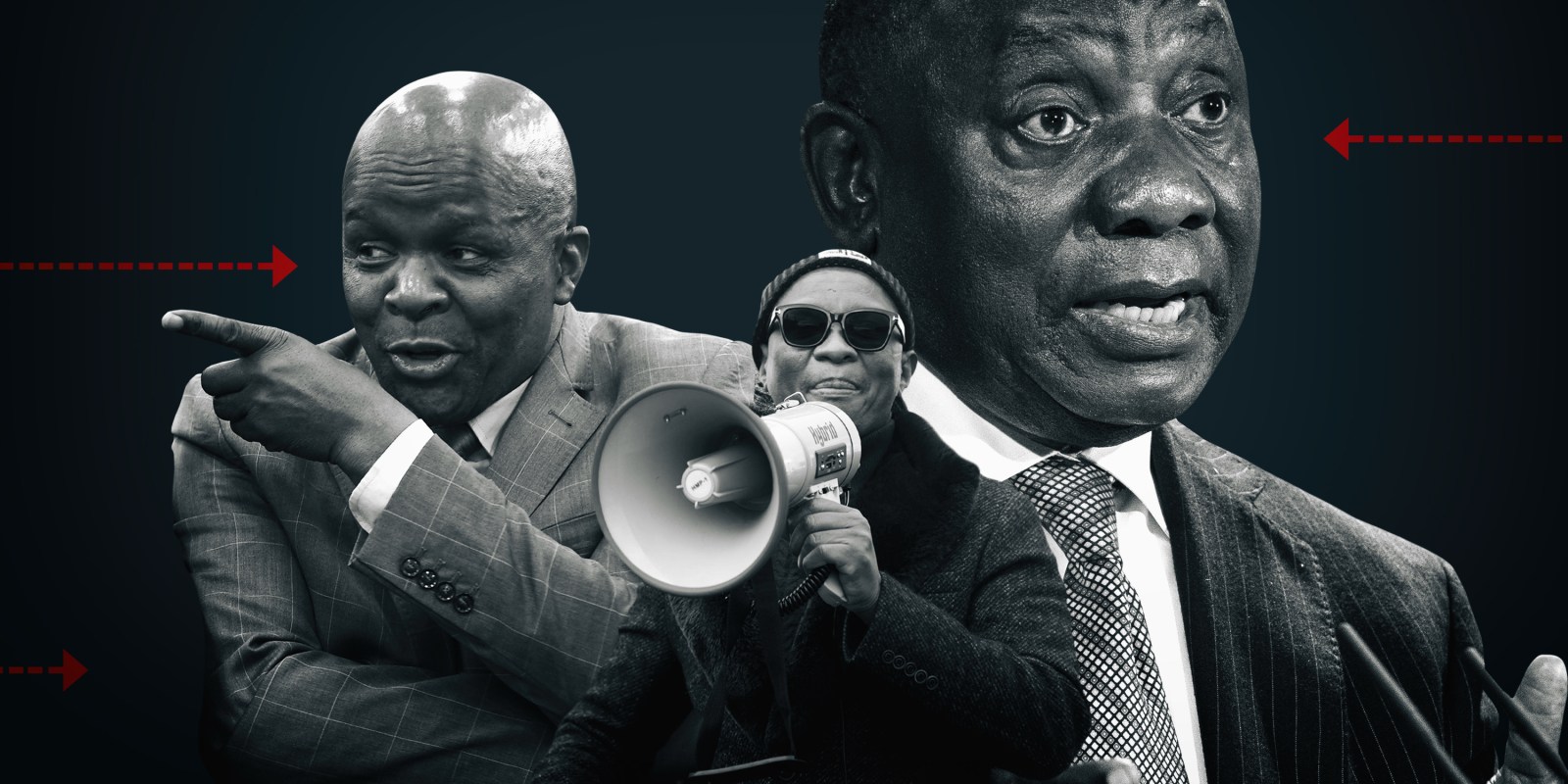 In the wake of the failures of state intelligence revealed by the 2021 July unrest, President Cyril Ramaphosa has moved the State Security Agency to the Presidency where a closer eye can be kept on it. It’s part of a growing centralisation of power which might look fine under Ramaphosa, but could be disastrous under the next leader.

On Monday it was announced that President Cyril Ramaphosa has made good on a plan first announced in August 2021: to disband the State Security Agency (SSA) as a government department and move it under the wing of the Presidency.

Zizi Kodwa, another Ramaphosa loyalist whose position within the executive has apparently not been affected by Zondo Commission revelations that he received handouts from tech company EOH, will be Gungubele’s deputy.

The July 2021 unrest made plain what had already been advertised for some time: that the SSA was failing in what should be one of its core mandates — to head off what Ramaphosa termed an “insurrection” before it happened — largely because it had been so effectively captured during the Zuma years.

Exactly what happened to the SSA during that administration may never be totally clear due to the defence of “national security” that has so often been used to justify the secrecy around classified activities. But from the high-level review panel helmed by former SSA minister Sydney Mufamadi, and his and other witnesses’ subsequent testimony to the Zondo Commission, it is evident that the SSA was used for a host of nefarious purposes, with the staggering amount of R9-billion ultimately unable to be accounted for.

Where funds have been accounted for, from evidence presented to the Zondo Commission, we know that among these purposes were the routing of funds to Iqbal Surve’s media projects, the deployment of unwarranted security units to protect both former president Zuma and former SAA chair Dudu Myeni, and the alleged use of the SSA to take illegal action against those who displeased Zuma, such as his ex-wife MaNtuli. It was also alleged at the Zondo Commission that SSA money was used to finance factional battles within the ANC.

Quite possibly, the full picture of activities SSA agents carried out during the Zuma years — were they ever to be fully chronicled — would make that list look relatively benign. From this perspective, the July 2021 unrest gave Ramaphosa political licence to act against a department that was clearly out of control and could not even be trusted not to work against the sitting president. There are even rumours that the SSA itself may have played a role in the July 2021 unrest.

Who can blame Ramaphosa, under these circumstances, for seeking to bring the agency under more immediate control and place it under the leadership of trusted allies? This would seem doubly important in the year of the ANC electoral conference. Dirty tricks have traditionally always accompanied the build-up to these conferences and Ramaphosa cannot afford to have a cohort of rogue spies running wild in the months leading to December.

For those who view Ramaphosa as a decent man genuinely striving to do what’s right by South Africa, as opposed to acting mainly in accordance with what will support his personal enrichment and neutralise his enemies, this development may seem positive — or at least neutral.

But as always when it comes to changes in government structures, the question we should be asking is how this shift would play out under the worst possible president.

As Gareth Newham of the Institute for Security Studies told Daily Maverick on Monday: “It’s all good if you have a good president and a good minister who believe in the Constitution and want to utilise these agencies for the national interest, but if that changes, you go back to where you were before”.

It is not hard to imagine a scenario in which Ramaphosa’s successor is delighted to inherit a system already designed to centralise power within the Presidency as much as possible, and sets about abusing that system.

Indeed, one of the hallmarks of the Ramaphosa presidency to date has been the growing tendency to draw various significant state functions as close to him as possible. He has defended this by saying it is designed to ensure a clear “line of sight” on government work, but there’s little doubt it is also influenced by the fact that sabotage by the president’s political enemies is a very real possibility.

Centralising power is, in fairness, not merely Ramaphosa’s own desire: a 2017 Nasrec resolution held that the Presidency “is the strategic centre of governance”, and the “central driver of the developmental state”.

But consider the steps announced over the past year alone in this regard: a move to make the Presidency director-general head of the whole public service administration; the establishment of a Presidential State-Owned Enterprises Council, the possible launch of a unit in the Presidency that focuses on local government; and the move of the SSA into the Presidency.

Critics even point to policies like the District Development Model and the (draft) National Policy on Data and Cloud as effectively paving the way towards tighter centralised control by government.

Few of these moves have caused as much alarm — aside from within the DA, with the party ages ago accusing Ramaphosa of trying to set up a “super-Presidency” — as the news about the SSA.

When it was announced in August 2021, the University of Johannesburg’s Professor Jane Duncan warned that there were several aspects that should give us pause for thought.

Among them, the fact that there was no indication this would be a temporary arrangement; the reality that parliamentary oversight is harder when dealing with a president than a minister; and the fact that similar arrangements in both Botswana and Zimbabwe have been abused to help leaders maintain their grip on power.

Of course, what the Zuma years proved is that any governance arrangement is capable of abuse if those in power are determined and venal enough.

It’s worth remembering, however, that one of the key findings of the Mufamadi report was that the previous incarnation of the SSA had breached the boundary between the executive and the intelligence service “in numerous ways”.

It remains to be seen how moving the intelligence service closer to the executive can ensure that the boundary is more rigorously policed. Questions sent by Daily Maverick to the Presidency on how the SSA’s daily functioning would be affected by the move went unanswered on Monday.

The ISS’s Newham says that if Ramaphosa is seriously keen on cleaning up the SSA, there are far more useful steps that could be taken.

“The real issues we should be looking at are greater resources and abilities of the Inspector-General of Intelligence to do more proactive investigations,” Newham said.

He said that unless justifiably high-risk matters were being discussed, Parliament’s oversight on intelligence should be open to the public and media. More information was needed about how intelligence money was spent and why.

Newham said too that what would be ideal is a “public national risk assessment”, with inputs from civil society, the private sector and others, which could be used to guide the criminal justice sector.

Without those kinds of meaningful reforms, Newham said he feared that the SSA move would amount to little more than window-dressing.

Window-dressing which, as many have pointed out, could be disastrous in the wrong hands. DM