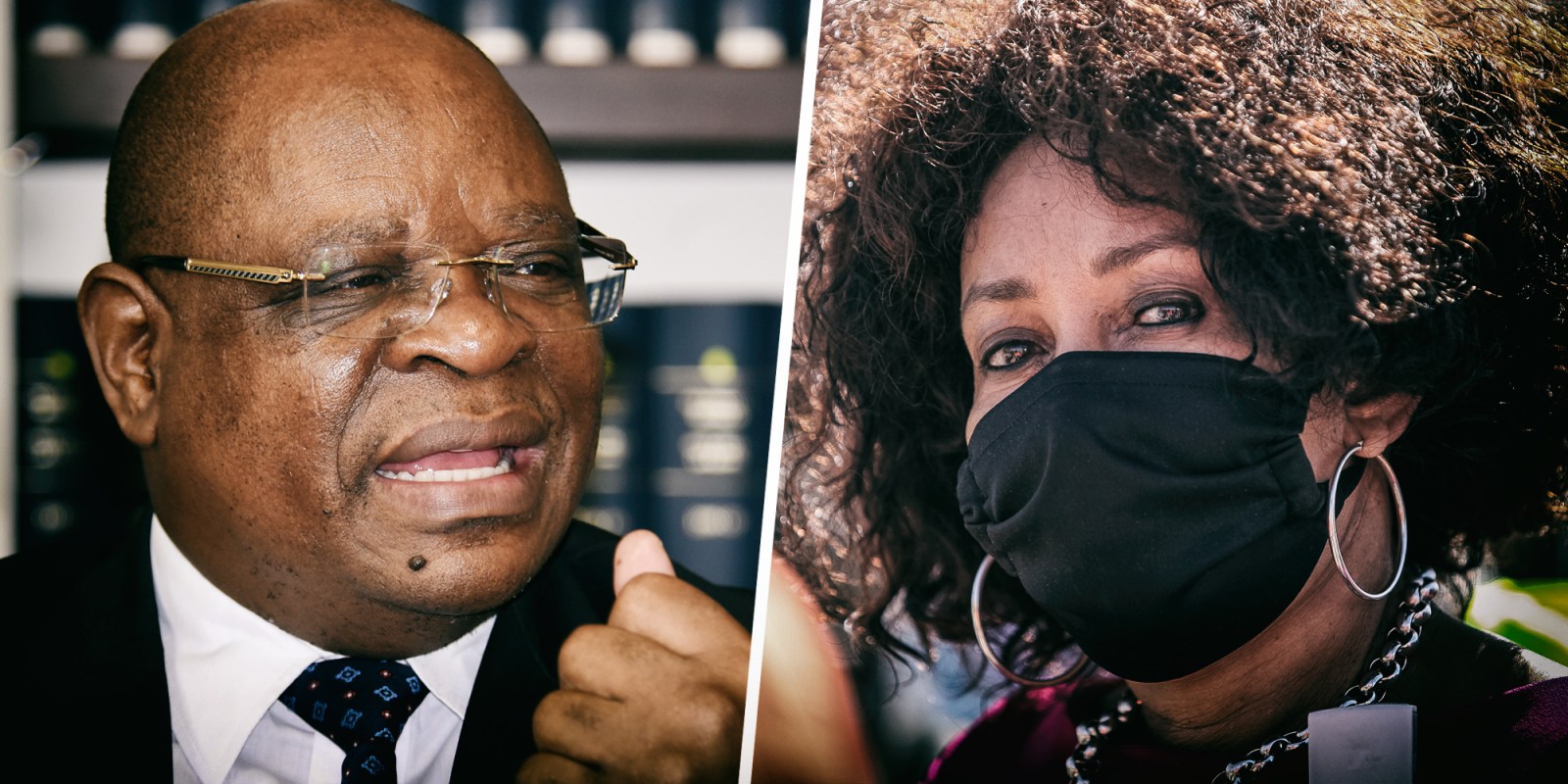 Acting Chief Justice Raymond Zondo says Minister Lindiwe Sisulu’s comments, rich in insult but poor in substantiation and any analyses, are ‘an insult to the justices of the Constitutional Court, the judges of the Supreme Court of Appeal, the judge presidents of the High Court, and all African judges who serve this country with distinction’.

An uncharacteristically ruffled acting Chief Justice Raymond Zondo said on Wednesday that opinions vented in a recent column penned by senior Cabinet minister and veteran ANC member Lindiwe Sisulu were “probably the worst insult that has been levelled against the judiciary” in democratic South Africa.

It would be “a pity” if Sisulu’s comments went unchallenged within the executive, Zondo added. He said he would decide “at some stage” if a meeting with President Cyril Ramaphosa was needed regarding the utterances, but he hoped that Sisulu would withdraw her statements.

“[What Sisulu wrote] is not criticism, it is an insult to the justices of the Constitutional Court, the judges of the Supreme Court of Appeal, the judge presidents of the High Court, and all African judges who serve this country with distinction and determination to uphold the Constitution.”

In her column, titled “Hi Mzansi, have we seen justice?”, Tourism Minister Sisulu attempts an argument for the overhaul of South Africa’s judicial system, which she says does not favour the oppressed masses.

Of the judiciary, she says: “The most dangerous African today is the mentally colonised African. And when you put them in leadership positions or as interpreters of the law, they are worse than your oppressor. They have no African- or pan-African-inspired ideological grounding. Some are confused by foreign belief systems.

“When it comes to crucial economic issues and property matters, the same African cosies up with their elitist colleagues to sing from the same hymn book, spouting the Roman-Dutch law of property. But where is the indigenous law? It has been reduced to a footnote in your law schools. Where are the African value systems and customs of land, wealth, and property?

“Today, in the high echelons of our judicial system are these mentally colonised Africans, who have settled with the worldview and mindset of those who have dispossessed their ancestors. They are only too happy to lick the spittle of those who falsely claim superiority. The lack of confidence that permeates their rulings against their own speaks very loudly, while others, secure in their agenda, clap behind closed doors.”

The minister’s comments come at a time when the country is still coming to terms with the “attacks” on the judiciary that emanated during various criminal cases – and the Zondo Commission – from former president Jacob Zuma and his supporters.

They also come as South Africans are still waiting for the alleged “real” instigators of July’s devastating riots and looting to be brought to justice. Those riots, branded as an attempted insurrection by President Cyril Ramaphosa’s administration, started as protests at the jailing of Zuma on contempt charges. Sisulu is a supporter of the former president.

Too, the devastating fire at Parliament this month has set many South Africans on edge, while last week, a man (since arrested) used a hammer to smash the glass windows and door entrances to the Constitutional Court building in Braamfontein. This was just a day after Zondo had released part one of his eponymous commission’s report into State Capture.

That report was a scathing indictment of several of Zuma’s close acquaintances and political allies, who are aligned with the Radical Economic Transformation (RET) faction of the governing party and business.

There has been speculation that Sisulu – who poorly contested the ANC presidential race in 2017 – has aligned herself with the RET faction to fulfil her ambition of steering the governing party when the ANC has its elective conference in December this year.

Continued Zondo: “A very important aspect that arises when you read Ms Sisulu’s article… which attacks and insults African judges, is that it is rich in insult but poor in substantiation and any analyses.

“It does not refer to any judgments that the Constitutional Court, SCA or High Courts have given, which have been analysed to produce the conclusions she produces. There are no facts that are put up to support what she is saying. There is no analysis of anything, it’s just accusations, insults to the judiciary.

“As far as I am aware, Ms Sisulu has been in Parliament since ’94 or some time during the ’90s.  That such a senior member says Parliament and the executive should think it [appropriate] to insult judges, the justice system, courts and African judges, is most regrettable.

“I would have expected that at least if she held the views that she holds here, she would have some facts to back up what she is saying. I don’t think she has those facts, because if she did, she would have put them forward; at least then her allegations and opinions would be based on something.

“It should not be acceptable in a constitutional democracy such as ours that a member of Parliament and the executive should wake up one morning without any facts and write an article that insults African judges.”

Zondo said that a line had to be drawn between acceptable and unacceptable conduct. The judiciary had done its job and judges took the oath that guided their work seriously.

Zondo encouraged his colleagues, “particularly African judges”, to work in accordance with their oath of office, “no matter what”.

“The people of South Africa will judge us. Our judgments will speak for us and other people in South Africa who appreciate the role of the judiciary and Constitution, and the rule of law, will play their role to protect the judiciary.”

Minister in the Presidency Mondli Gungubele has told News24 and TimesLIVE that Sisulu’s comments were “reckless”.

On Wednesday, prior to Zondo’s press briefing, several prominent civil society groups – among them Casac, Freedom Under Law, the Helen Suzman Foundation and Judges Matter – issued a statement condemning Sisulu’s “extraordinary attack” on the justice system.

“Ms Sisulu’s attempt to sully the legitimacy of our constitutional order, and by extension the idea of the rule of law on which it is based, is a shameful exploitation of the genuine plight of so many in our country.

“As a prominent member of government for a quarter of a century, Ms Sisulu would have had a uniquely clear view, during the years of State Capture, of the deliberate restructuring of the South African state to serve the interests of a subset of our political class at the expense of ordinary South Africans, especially the poor and vulnerable who daily suffer economic deprivation,” said the organisations.

“She knows, or should know, that it is not the judiciary which legislates and implements government policy, but Parliament and the executive: to attempt to blame the judiciary for their failures is but the most cynical exercise in blame-shifting.

“It also bears noting that Ms Sisulu’s recent article registers against a sinister cacophony of unwarranted attacks on the judiciary by political actors. These appear intended only to foreclose on the prospect of accountability for crimes, malfeasance and other wrongdoing associated with public office.” DM