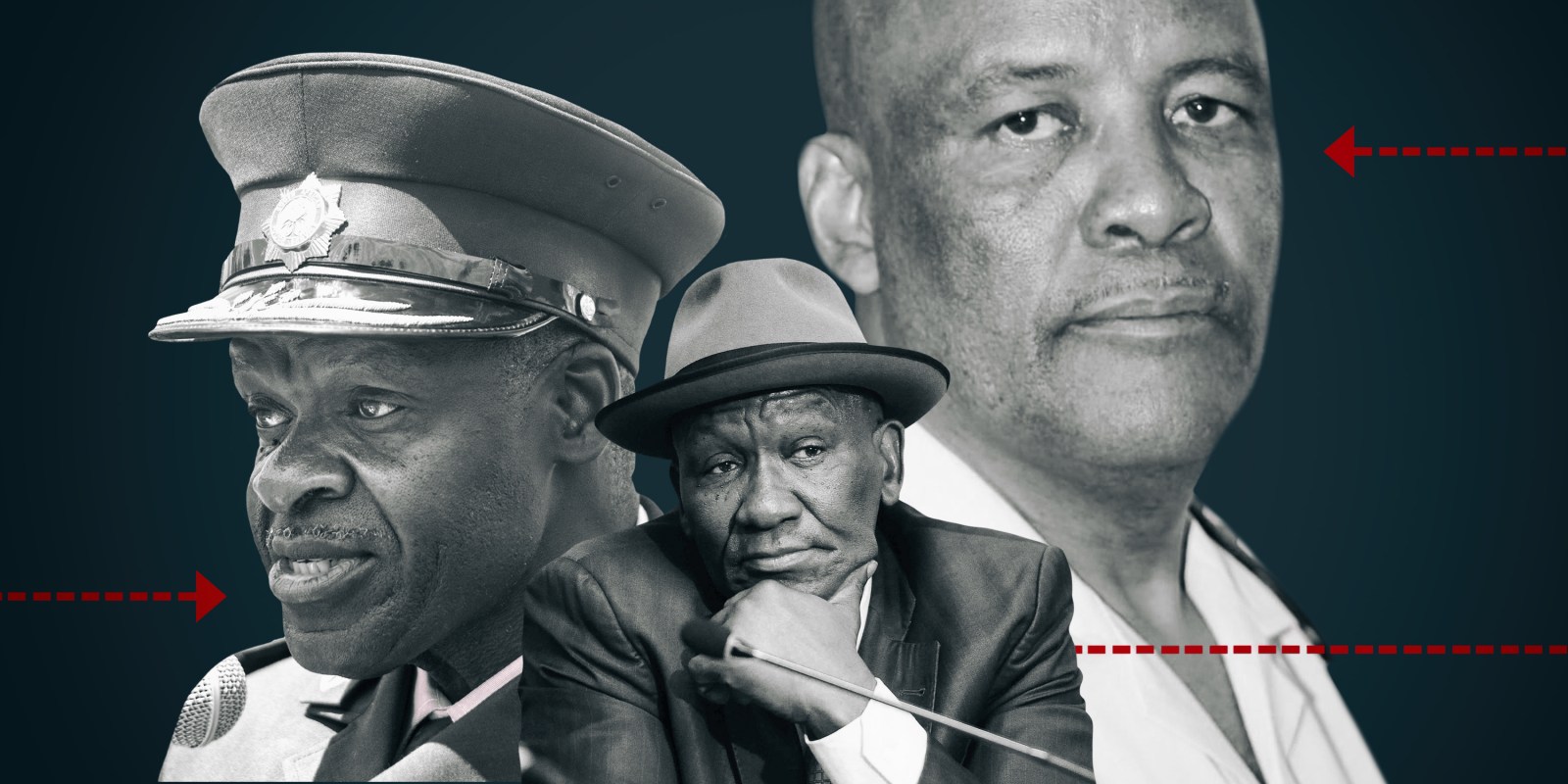 The confirmation of Sindile Mfazi’s murder comes in the wake of shocking testimony at the South African Human Rights Commission into the July insurrection in support of former president Jacob Zuma. The depth of the schism between Khehla Sitole and Minister of Police Bheki Cele, and the threat this poses to national security, was revealed.

Toxicology tests after Mfazi’s body was exhumed shortly after his well-attended funeral service in East London in July 2021 have revealed he was indeed poisoned. The effects of ingesting casting resin are violent and horrendous — it is a cruel and painful death.

Daily Maverick has been aware of the toxicology report for some time with the SAPS repeatedly refusing to confirm the finding. Now Mfazi’s family is seeking answers and has revealed this to be true.

Present at Mfazi’s funeral in July, when it was first announced that he had died of Covid, were both Deputy Minister of Police Cassel Mathale and Deputy Minister of State Security Zizi Kodwa, Eastern Cape MEC for Community Safety Weziwe Tikana-Gxothiwe, Sitole and top management of the SAPS.

That Mfazi might have been murdered by one of his colleagues must surely catapult the disaster that is the SAPS to the top of the long “national crisis” list.

When senior police officers begin to kill each other in a to-the-death fight for control of the SAPS and the considerable and long-abused budget of the Secret Service Account (SSA), they pose a direct threat to society.

It is a clear code red.

This weekend the Sunday Times, reporting on the bitter political feud between Cele and Sitole over signing off on the SSA budget, quoted an unnamed general announcing “it is war now” and that Cele “would be exposed” for essentially lying to the South Africa Human Rights Commission.

Brigadier Vish Naidoo, spokesperson for Sitole, when asked by Daily Maverick whether this statement did not amount to sedition, responded  “unfortunately, this comment, among others, is attributed to a faceless person making the investigation and the identification of the ‘officer’ concerned that much more difficult”.

The Sunday Times story also referred to the alleged collection of affidavits by Crime Intelligence generals in support of Sitole and his claim that Cele’s failure to sign off on the budget had crippled intelligence capabilities.

However, in correspondence between Cele and Sitole, it is clear that the primary stated reasons by Cele for his for failing to sign off on the budget was the appointment of Major-General Feroz Khan, Component Head of Counter and Security Intelligence, as acting CI head.

Between December 2020 and January 2021, Sitole suspended former head of Crime Intelligence, Peter Jacobs, as well as the entire top leadership, placing the Crime Intelligence Division under the command of Mfazi.

Jacobs had previously set out how, when he took the helm in 2018, he had found “credible evidence” that the SSA had been looted by a number of CFOs and/or divisional commissioners and other senior Crime Intelligence officers over the years.

Soon Jacobs was gone, accused of alleged PPE irregularities, but was back at the division later when the labour court ruled Sitole’s suspension had been irregualar. Jacobs has immediately been sidelined to a lesser department.

Mfazi, after his appointment, in turn appointed Feroz Khan as acting head of the division. This later resulted in Khan facing disciplinary charges for signing off on at least five procurements from the SSA while he acted in the position, between December 2020 and February 2021.

In the disciplinary findings, Lieutenant-General Thembi Hadebe found that while Khan had broken the law, including the SAPS Act and the Public Management Finance Act, he had done so “with good intentions” and recommended that “no disciplinary steps be taken”.

It is a finding that would not stand up in court as the alleged noble intentions of a perpetrator do not mitigate the commission of a crime.

Hadebe did, however, find that some of the transactions signed off by Khan “do have a direct and or indirect impact on the finances of any division and therefore deserve strict monitoring by all officials in terms of Section 45 of the PFMA [Public Finance Management Act]”.

It was also found that Khan had not been properly appointed by Mfazi to the acting position in the first place, as Mfazi had had no powers to do so.

This was for their actions in attempting to thwart an Independent Police Investigative Directorate investigation into the attempt by Crime Intelligence to illegally procure a grabber before the ANC’s 2017 Elective Conference at Nasrec.

Vuma, who investigated Peter Jacobs, is herself under investigation.

The Hawks publicly confirmed this in August 2020, the same month Police Minister Cele disclosed to Parliament that SAPS had spent about R1.4-billion on PPE as of mid-July 2020.

Whereas Vuma featured at the centre of these serious allegations, unlike Jacobs she was not placed on precautionary suspension or informed of any pending disciplinary proceedings.

Jacobs, in a 3 December 2020 letter to Sitole challenging his intended suspension, wrote, “I am aware that investigations are under way about the SAPS procurement of PPEs amounting to R1-billion and possibly more. This office has submitted information about the beneficiaries to the relevant investigating authorities.”

Vuma is still at work and as late as September 2021 sent out a circular indicating that chief SAPS auditor, Major-General DT Nkosi, who found that the SAPS blew R1.6-billion in irregular expenditure from March to August 2020, was to be moved to head “auxiliary services and security”.

The question that must be asked now is: Who was it that stood to benefit from Mfazi’s murder?

There are a few suspects — and all are in uniform or still employed by the SAPS.

While Mafzi’s bedroom was allegedly scrubbed down to remove traces of blood and his computers allegedly wiped, there is enough out there to find the killer(s) and those who plotted with him/her.

The investigation of the murder of Sindile Mfazi cannot be swept under the carpet, and his family has vowed to seek the truth.

The Independent Police Investigative Directorate and the Directorate of Priority Crime Investigation (the Hawks) need to take the citizens of this country into their confidence and President Cyril Ramaphosa must act now on Sitole and his undistinguished cohort of leaders.

What more needs to happen?

A man, a deputy national commissioner, died bleeding from his mouth, eyes and nose while vomiting uncontrollably after someone slipped the poison into something he ingested. He was one of the heads of the national institution that is critical to South Africa’s survival. Eyes cannot be wide shut any more. People of this country want answers, action and accountability. DM