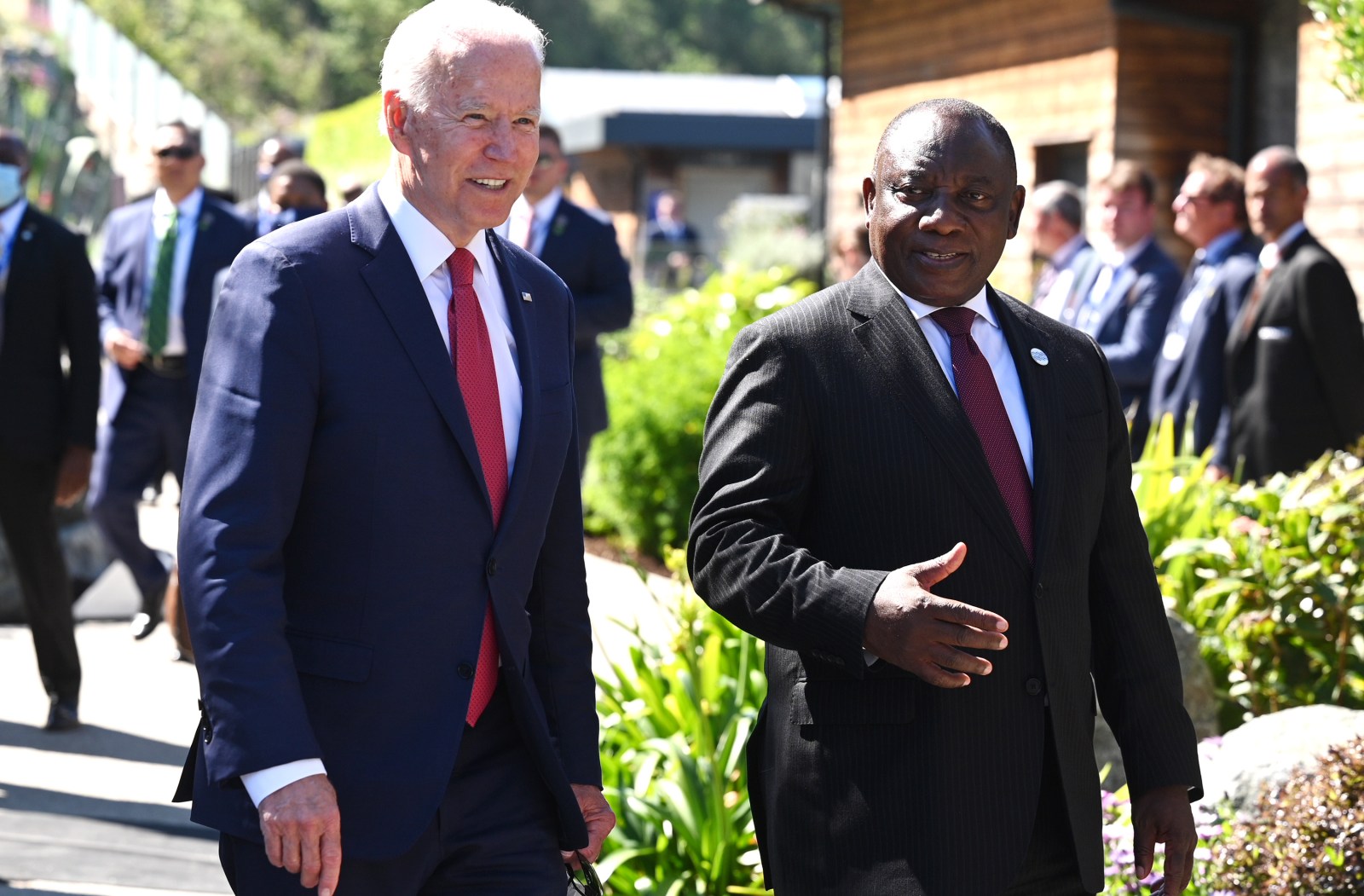 Did Ramaphosa diss Biden because he is annoyed at the US — and other Western countries — for imposing a ban on South African visitors to stem the spread of the Omicron variant of the coronavirus?

More than 100 leaders of democracies around the world attended US President Joe Biden’s virtual Summit for Democracy this week. But President Cyril Ramaphosa declined an invitation to attend. Why?

Was it because China had dismissed the summit as a “complete farce” — almost certainly because Taiwan was among the countries invited.

Did Pretoria decline to avoid offending its close ally Beijing? And also perhaps Russia, which was not invited?

Or did Ramaphosa diss Biden because he is annoyed at the US — and other Western countries — for imposing a ban on South African visitors to stem the spread of the Omicron variant of the coronavirus?

Ramaphosa’s harsh criticism of these countries on the West African tour which he completed this week certainly suggests deep anger.

The president’s acting spokesperson, Tyrone Seale, offered the West African visit as a reason for the Ramaphosa not attending Biden’s summit.

“We are just wrapping up our West Africa visit today. We will not be summiting,” he told Daily Maverick.

But that was on Tuesday, the day Ramaphosa returned to South Africa. The Summit for Democracy started only on Thursday and was to end on Friday. It would have required Ramaphosa to speak into his laptop for all of 10 minutes.

International Relations and Cooperation Minister Naledi Pandor hinted at another reason for declining the invitation, in an interview with Daily Maverick journalist Carien du Plessis last Saturday in Accra, Ghana.

Pandor said she had received the invitation letter the day before and that she was taken aback.

“The letter says things like, ‘America, a country that has always supported human rights.’ Really?”

Pandor suggested that perhaps her government declined the invitation because it thought a US summit for democracy lacked credibility.

That is certainly China’s assessment, at least officially. Last Friday, Le Yucheng, China’s vice-minister of foreign affairs, said in a call with his Russian counterpart on Friday that the event was a “complete farce”, according to Bloomberg.

The article also quoted other senior Chinese officials as rejecting the summit as a “joke” and saying the US political system didn’t represent a real democracy.

US politicians were agents of interest groups, and represented neither national interest nor the interests of majority voters, Tian Peiyan, deputy director of the Policy Research Office of the Chinese Communist Party’s Central Committee, said at a press conference in Beijing on Saturday for the release of a white paper on democracy which argues that China’s democracy is more real.

However, it seems Beijing’s main objection to Biden’s summit is that he invited Taiwan.

Tensions between the US and China have been rising over Taiwan, with fears that Beijing may be contemplating annexation of what it regards as a renegade province — while Taiwan functions as an independent state, but can’t openly call itself that.

Biden opened the summit on Thursday by saying he had called it because, “In the face of sustained and alarming challenges to democracy, universal human rights, and — all around the world, democracy needs champions.”

Biden acknowledged that the US needed to work on its own democracy too. He noted that the International Institute of Democracy and Electoral Assistance had judged that more than half of all democracies had declined in at least one aspect of their democracy over the past 10 years — including the US.

Biden announced a Presidential Initiative for Democratic Renewal, which he said would spend up to $424-million over the next year “to shore up transparent and accountable governance, including supporting media freedom, fighting international corruption, standing with democratic reformers, promoting technology that advances democracy, and defining and defending what a fair election is”.

His views were largely echoed by several other leaders of Western democracies who also announced measures to strengthen freedom of the media in particular, at home and abroad.

It is not only Taiwan’s presence that made the summit controversial. Who’s in and who’s out was one of the key features of the event. Philippines and Pakistan, for instance, were invited, when neither is currently a shining light of democracy. Among African countries, Angola and Niger were invited, while Rwanda and Ethiopia were not.

This has suggested to some that US strategic interests might have been more in play than concerns about democracy. Political scientists James Goldgeier of the Brookings Institution and Bruce Jentleson of Duke University wrote in Foreign Affairs that, “Determining who is sufficiently democratic to make the invite list would inevitably create tensions, and the entire concept of a democracy summit relies on an overly ideological approach to managing the global agenda.”

Embarrassing important allies by disinviting them was not strategic, they suggested, and Biden should rather go about promoting democracy less publicly.

The summit is nonetheless proving to be a show-and-tell exercise where all countries with democratic pretensions feel they have to demonstrate what they are doing to advance democracy.

For wealthier countries, that tended to entail more sophisticated measures, like combating fake news and strengthening real media. Or sophisticated justifications for democracy, like the one UK Prime Minister Boris Johnson offered when he said: “Democracy is not just an ideal: it is the best practical way of creating the atmosphere of free inquiry that allows genius to breathe.

“In an era when technological advance and therefore economic success depend on discovery and invention, it is no coincidence that of the 10 most innovative countries in the world, nine are liberal democracies.”

He said the UK was working with its friends to ensure emerging technologies were designed to safeguard freedom and openness.

Britain was using its new system of national sanctions to target those responsible for corruption or human rights violations across the world.

For others, the summit was about defending their records on the basics. Angola’s President João Lourenço, for example, explained how his government was doing everything possible politically and legally to remove limitations on democracy, particularly by giving the judiciary “the capacity to act with complete independence”.

Niger’s President Mohamed Bazoum insisted that his election in April was the first democratic transition in the country’s history, as he took over after his predecessor left office after his constitutionally mandated two terms in office.

He also laid out steps his government was taking to strengthen democracy, human rights and the rule of law and to fight corruption.

Zambian President Hakainde Hichilema was a less controversial invitee. He said much of the summit was about global trends: the rise of authoritarianism and the decline of democracy and human rights.

But he described instead “a democracy not in decline but in ascent,” recounting how the Zambian people in August this year had voted for him to replace the “violent and authoritarian regime” of Edgar Lungu, which he said had been “empowered by the belief that the eyes of the international community were elsewhere”. DM