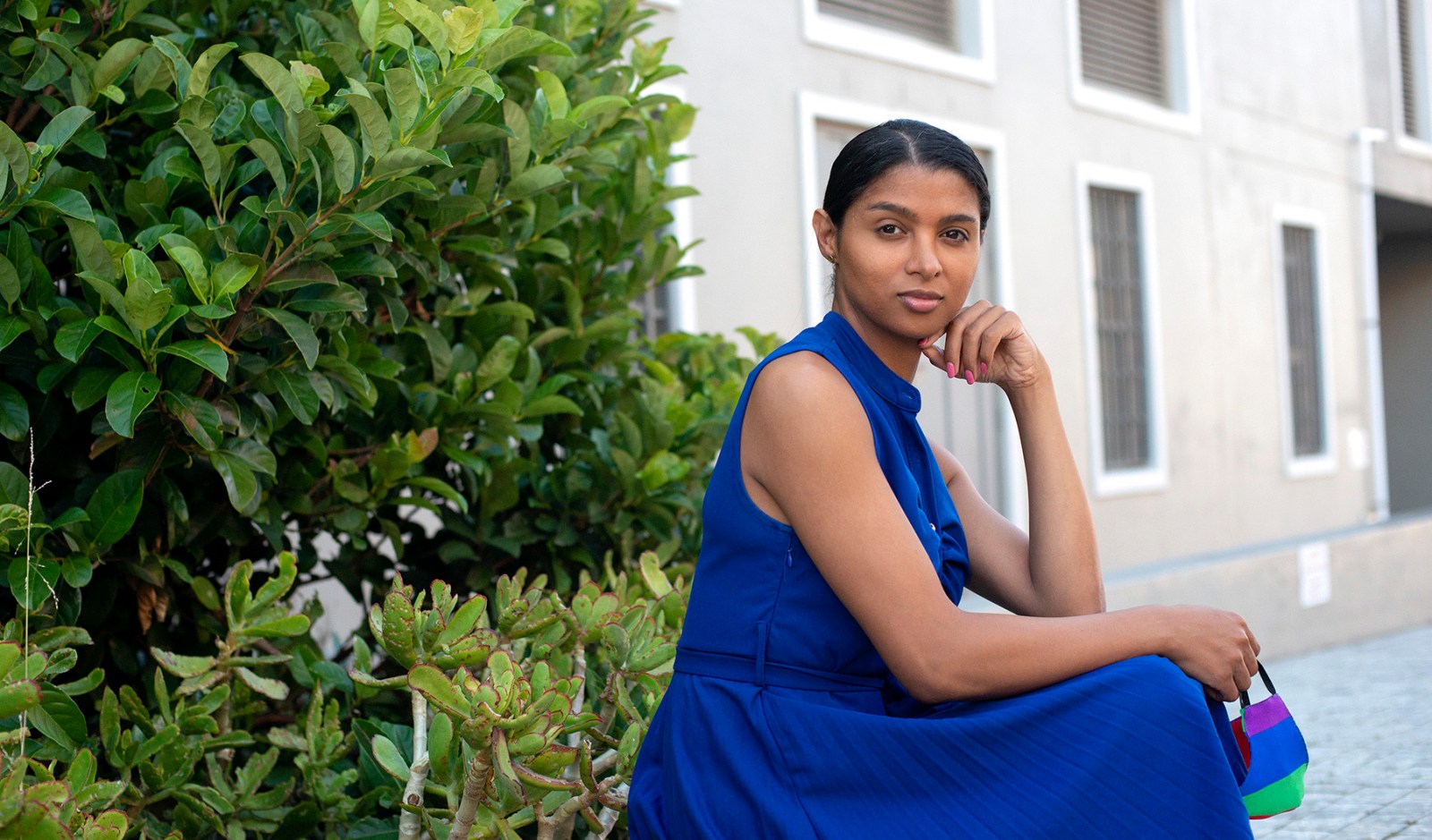 ‘I remember at the age of 15 years old coming out to my mother for the first time, and telling her that, “Mommy, I want to be a girl”, and that was the closest way in which I could frame what I was feeling at the time.’

Liberty Matthyse is the 32-year-old executive director of transgender human rights organisation Gender DynamiX. Matthyse is from the quaint little town of Darling in the Western Cape, made famous by comedian Pieter-Dirk Uys who brought the much-loved character of Evita Bezuidenhout into our lives.

Matthyse was raised in a poor, Christian, Afrikaans background by her mother with help from her aunt.

“I always say that I was raised by two parents, they just happen to be women and they happen to be sisters as well.

“When I think of Darling I think about playing in the dusty streets, just being so carefree and naive in thinking about the world. It was a space and continues to be a space that I ground myself in. Any time I get overwhelmed I retreat to Darling,” where most of her family still lives.

“I remember at the age of 15 years old coming out to my mother for the first time, and telling her that, ‘Mommy, I want to be a girl’, and that was the closest way in which I could frame what I was feeling at the time, and of course to her at the time it didn’t make sense, it was at a time where Gender DynamiX didn’t even exist.”

Matthyse says this was when the family priest and counsellors were called in. “This was when I started the journey of what I would dub now some level of ‘corrective conversion therapy’ intervention. However, I felt very supported by the people involved.”

Matthyse said her mother also attended the classes prescribed by the church. She asked her mother to take her to hospital to get her hormonal levels tested, “because I genuinely felt like a girl from a very young age, and to my disappointment when the results came back it said, ‘Your hormones are within the normal parameters of a boy child’, and of course the health system confirming that made what I was feeling invalid.”

Matthyse said she tried to commit suicide shortly after that because she didn’t feel listened to, heard or seen for who she was. After the failed suicide and failed attempts at affirmation she decided she “just had to press on”.

At the age of 17, she came out again, as “effeminately gay”, which she says was an in-between space where she knew she couldn’t fully be who she was, but that as the gay identity narrative started taking hold in the community she felt there was a safety net that she could use.

Matthyse is also an ardent writer and uses writing as an outlet for expression and discussing her identity. She has written for various publications and also has a self-published book, titled A Darling’s Journey to Liberty. It was published when she was at university and joined gender groups on campus, where she “really cut [her] teeth in activism”.  She says this is where she learnt how to place herself as a gender non-conforming/fluid person within the broader world and how she could use activism to defend and protect her rights and those of the people around her who had similar experiences.

On resisting the anthropolisation that most transgender people face as a result of people’s curiosity about their bodies, Matthyse says it is important for people to know that they have agency and autonomy in any situation, “and if the space becomes violent you have an option of either leaving or disrupting that space, depending on what you believe would be in your best interest both physically and psychologically.

“I’m also a firm believer of giving people the benefit of the doubt; sometimes people who profess to be our allies and supporters might not have the language to truly articulate what their intentions are from the heart and so that is the way in which language fails us, so I always try to look beyond the face of the use of language.”

Matthyse says that doing this allows her to not constantly see herself as being on the back foot as well as not looking at the world as the enemy all the time and that there is still some good in the world.

“In many instances when we centre our own narratives as trans and gender-diverse persons and not giving people the benefit of the doubt, making people look like they are irredeemable, always cancelled, never able to come back from problematic moments, then we must also ask ourselves the question: to what extent are we holding ourselves to that same standard of accountability?”

Asked about the Constitution and whether she finds it progressive with regards to trans and gender-diverse issues, Matthyse responds: “I wonder what a world would look like where we don’t have to use the word ‘despite’ to qualify our experiences, and what I mean to say by that is, ‘despite the progressive Constitution, trans and gender-diverse people still live in….’ ”

Matthyse asserts that there are bigger issues at play that her organisation is trying to bridge through cross-movement dialogues.

“The reality in our country is that the large majority of our people don’t even have access to dignified ablution facilities.”

Matthyse says that civil political rights advances have been made, but the problem comes with the slow realisation of socioeconomic rights, and if that is not addressed, trans and gender-diverse people “will forever be at the back of the line”.

She says it is imperative to look at how to forge solidarity with other marginalised people and push back against the minority system responsible for their oppression. She referred specifically to the need for the recognition and inclusion of trans women in gender justice issues such as femicide.

Matthyse says because her work and life are intimately linked she has had to set boundaries based on a deep reflection on her past, present and future traumas with the assistance of family, friends and mental wellness professionals.