Steps taken to develop a national policy on homelessness 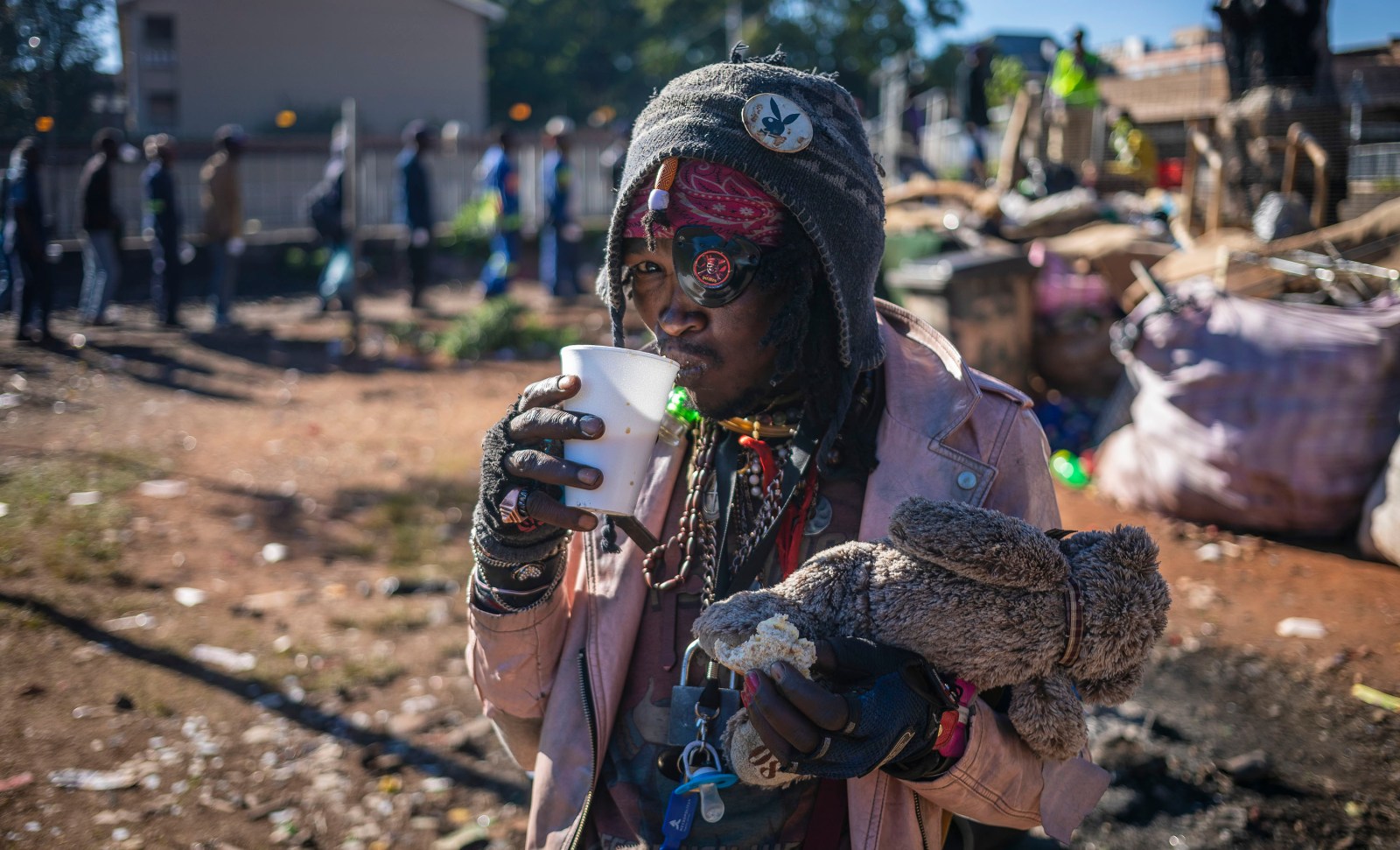 A homeless man sips on a cup of soup at a feeding point organised by a church group in Johannesburg. (Photo: EPA-EFE / Kim Ludbrook)

A national framework to tackle homelessness has never existed in South Africa, but plans are under way to develop a policy to eradicate the growing problem.

The National Homeless Network on Thursday announced that a policy is being developed to coordinate efforts to tackle homelessness across South Africa.

Speaking at the network’s national conversation on homelessness, Professor Stephan de Beer from the University of Pretoria said the university and network members had been engaging with the national Department of Social Development, the Policy Unit in the Presidency and the SA Local Government Association to address the policy deficit.

“Last year when the hard lockdown happened, all the faultlines surfaced because of the lack of clear and coherent national policy. Often provinces and municipalities do not know where the buck stops,” said De Beer.

At present, none of the national departments was responsible for tackling homelessness, meaning there is no action plan or budget allocation. Municipalities including the City of Cape Town, the City of Johannesburg and the City of Tshwane have developed policies to deal with homelessness, but a coordinated framework on dealing with the issue on a national scale doesn’t exist.

NGOs have borne the brunt of providing care to the destitute, and municipal by-laws have often been criticised for violating street dwellers’ basic human rights. Current methodologies to reduce and prevent homelessness have failed to match the complexities of the problem, while the number of homeless people has surged since the Covid-19 pandemic began — though formal statistics are not readily available.

Percy Ntsoane, from the Department of Social Development, said policy development was still in its early stages but, alongside consultations with the Presidency, the department had engaged with several provinces and municipalities that already had policies for dealing with homelessness.

The department has commissioned a rapid assessment study to collect data on the extent of the national homelessness problem and has assembled a task team with provincial social development departments that will later include other relevant government departments.

The announcement comes after the network released a National Homeless Manifesto before this year’s local government elections to prioritise five overarching needs in the homeless community. These are:

More effort will be made to count homeless people in the 2022 national census. Lutendo Malisha from Statistics South Africa said all street dwellers would be enumerated at night between 2 and 3 February since they often moved about in the daytime.

Statistics on South Africa’s homeless population have largely been based on estimates or smaller enumerations in cities or municipalities.

Separate questionnaires have been drafted for people in shelters and for those on the streets to gauge, for example, what services are offered at shelter facilities and what leads to people ending up on the streets. DM