Ace Magashule’s former assistant Moroadi Cholota’s choice: Come back voluntarily or be extradited from US 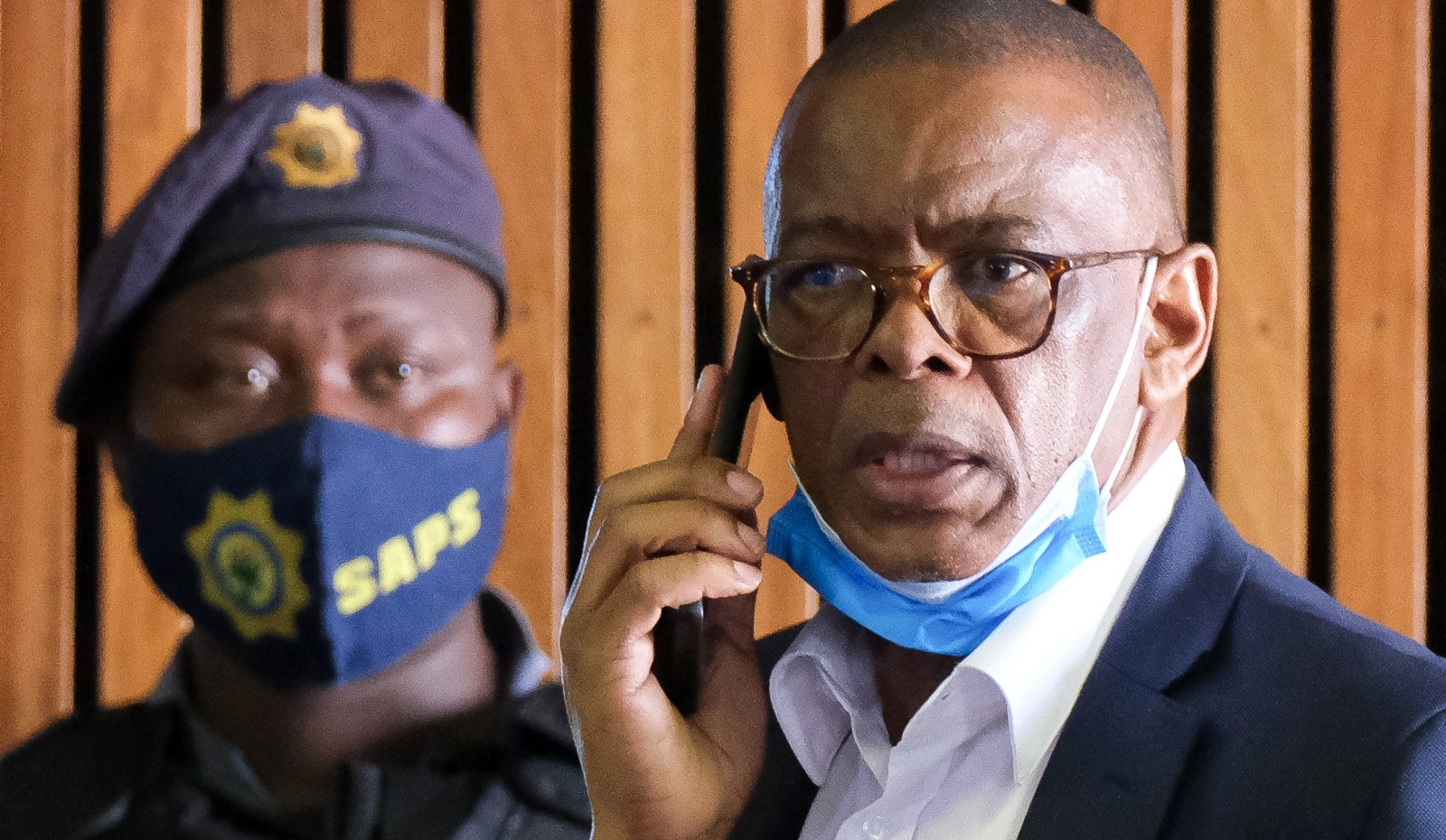 A humiliating perp walk and US law enforcement playing hardball might be in store for Ace Magashule’s former personal assistant, Moroadi Cholota, if she doesn’t cooperate with South Africa’s extradition request.

Ace Magashule’s former PA, Moroadi Cholota, is studying in the US. On Wednesday, the Free State High Court heard that a warrant for her arrest had been signed. This was after she first agreed and then refused to be a State witness in the R255-million Free State asbestos corruption case in which Magashule is one of the accused.

“We are busy preparing the extradition, but we don’t know how long it is going to take. It is still in the early stages,” said Hawk’s spokesperson Brigadier Thandi Mbambo, who said Interpol was assisting South Africa in the process.

Previously, there had been a tussle over Cholota between the two legal teams.

State advocate Johan de Nysschen had previously told the court that Cholota was a State witness. However, Magashule had wanted to secure her as a witness for the defence.

“She is not cooperating… we’re going to charge her because there’s evidence implicating her,” said NPA spokesperson Mthunzi Mhaga. “However, this does not have a bearing on the strength of the State’s case.”

De Nysschen said detectives had travelled to the US for a statement from Cholota and she had refused to cooperate.

They are facing charges of fraud, corruption, theft and money laundering relating to a R255-million contract for assessing and removing asbestos from houses.

The contract was awarded to Sodi and the late Ignatius Mpambani’s Blackhead Consulting and Diamond Hill Trading joint venture. It is alleged that most of the money was pocketed by the businessmen and officials in the provincial government.

The case was postponed to 21 February 2022 to give the State time to have Cholota extradited. Mhaga said that even if this process took longer, the State would go ahead with the trial of the other accused.

“We are hoping that by the time the trial starts, she would have been joined as a co-accused, but if not, she can be tried separately,” he said.

Cholota still had the option of returning to South Africa voluntarily and cooperating, De Nysschen said in court.

Immigration lawyer Gary Eisenberg said it would be advisable for Cholota to cooperate with the US authorities.

“She is entitled to defend herself in the United States, if there was an extradition request. But remember, if she’s going to hire herself knowledgeable counsel in the US, it’s going to cost a fortune,” he said.

“Coming back voluntarily will be a far cheaper option.”

Eisenberg pointed out that authorities in the US in particular are known to humiliate those resisting arrest.

“The Americans will perp walk you out in handcuffs, from a lecture hall or residence. It is very humiliating and puts a dramatic amount of pressure on an individual… they do that on purpose,” said Eisenberg.

“The Americans are rough… they don’t play a gentle game at all.” DM