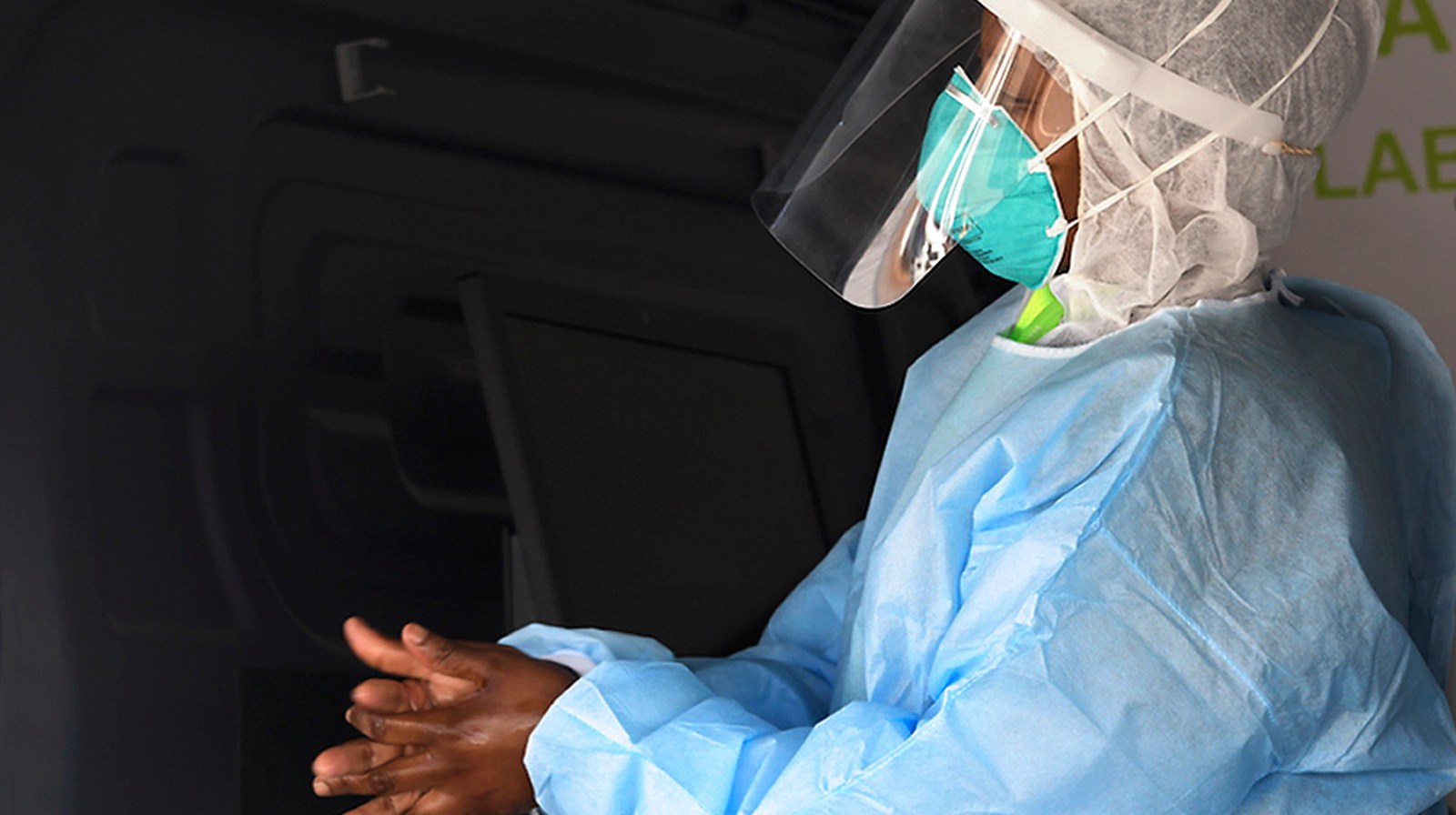 The Special Investigating Unit has started the process to claw back money lost by the Gauteng provincial government after millions of rands in PPE contracts were irregularly awarded. (Photo: GCIS)

The Special Tribunal has dismissed suggestions by the former chief financial officer for the Gauteng Department of Health, Kabelo Lehloenya, that Premier David Makhura also be held personally liable for financial losses suffered by the province in the PPE corruption scandal. Lehloenya has also threatened to sue Makhura if she loses her pension as the SIU recovers money lost due to corruption.

The Special Tribunal on Monday dismissed an application by the former chief financial officer for the Gauteng Department of Health, Kabelo Lehloenya, asking for premier David Makhura, among other parties, to be joined in proceedings where the Special Investigating Unit (SIU) was seeking to recover money from two controversial PPE contracts awarded by the department.

The SIU has instituted action before the Special Tribunal against Lehloenya to recover the losses suffered by the Gauteng health department after she awarded PPE contracts to Ledla Structural Development and Beadica.

In previous court hearings, the SIU indicated that it intended to recover the money from Lehloenya’s pension fund.

According to papers before court, Lehloenya wanted indemnification against responsibility for the financial losses to the department and to have Makhura, in both his personal and professional capacities, and other officials, share responsibility if she was held liable for the losses.

The contracts in question were awarded to Ledla Structural Development and Beadica 423 CC. In papers filed in different proceedings, the SIU described Ledla Structural Development as a proxy for Royal Bhaca, a company owned by the late Madzikane II Thandisizwe Diko, who at the time was married to President Cyril Ramaphosa’s spokesperson, Khusela Diko.

Chief Diko died in February this year. Khusela Diko was placed on precautionary suspension after the allegations first surfaced, but was redeployed elsewhere in the civil service in August this year.

The SIU found that both the Ledla and Beadica contracts were irregularly awarded and also found evidence of vastly inflated prices.

In August, senior health department official Babita Deokaran was gunned down outside her home. It was later confirmed by the SIU that she was a witness in the PPE contract investigation.

According to the SIU, their investigation into the awarding of PPE contracts in the province led them to conclude that proper procurement processes were not followed in awarding contracts to Ledla and Beadica.

Lehloenya resigned when the allegations surfaced. The SIU was granted a preservation order by the Special Tribunal to freeze her pension benefits pending the finalisation of civil action against her. But Lehloenya refused to go down alone.

In the reasons for her ruling, Judge Lebogang Modiba said organs of state, officials who exercise authority over such organs and state functionaries had an enormous responsibility to fulfil their constitutional and statutory obligations.

“An attempt to hold them accountable through the judicial system will only succeed if the proper procedure is followed and there is a legal basis for their liability,” Modiba said.

The SIU contends in papers before the tribunal that there was a breach on the part of Lehloenya and Lukhele of various constitutional, statutory and regulatory duties that arise out of their respective employment contracts with the Gauteng provincial government.

The legal team for the SIU argued that the contracts to Ledla and Beadica were awarded irregularly and unlawfully, in breach of the procurement system as regulated by the applicable constitutional, statutory and regulatory provisions, causing the department to incur irregular, fruitless and wasteful expenditure in the amount R3.9-million in respect of Ledla and R13.8-million in respect of Beadica.

With regard to Lukhele, the SIU alleges that contrary to his employment duties, the department head failed to take appropriate steps to prevent the alleged breaches by Lehloenya and the resultant irregular, fruitless and wasteful expenditure incurred by the department, and also failed to take disciplinary steps against Lehloenya.

The SIU has asked that both Lukhele and Lehloenya be held liable for the financial losses suffered by the department, in their personal and private capacities.

In her response to the allegations, filed with the tribunal, Lehloenya denies that she breached her contractual duties as alleged by the SIU. She also denies that the SIU is entitled to claim the losses suffered by the department from her in any capacity.

She said that if the tribunal found against her, she would pursue claims against Makhura, the provincial government, Lukhele, Malotana and Pino. According to her papers, Makhura, by centralising the procurement of PPE for the department, placed “an extraordinary and additional responsibility on her” and created the risk of harm and loss to the Gauteng government.

She denies that she acted outside of her powers and authority and also denies that the department had incurred irregular, fruitless and or/wasteful expenditure.

Lehloenya further denied that the SIU had the power to declare that she had forfeited state protection.

She said it was the duty of Makhura and the Gauteng government to ensure that the centralisation of procurement did not result in unlawful contracts being concluded, thereby causing irregular, fruitless and wasteful expenditure — and it was they who had failed in their duties.

Her legal team also argued that Makhura and the Gauteng government “should reasonably have known when they centralised the procurement of Covid-19 items that they were creating the risk of harm to the provincial government, and that irregular and/or fruitless and wasteful expenditure may result from the risk of harm they created”.

She asked that the tribunal consider joining Makhura in the public interest so that he could answer the allegations against him.

In her ruling, Modiba said Makhura and the Gauteng government were already parties to the legal action as they were represented in their official capacities by the SIU and “cannot be joined as third parties in their own action”.

Lehloenya asked the tribunal to join Makhura in his personal capacity on the grounds that he had abused his public office as he “directed, caused or failed to prevent officials from awarding contracts irregularly and making payments to Ledla and Beadica; exceeded his authority and acted with reckless indifference, thereby acting unlawfully when he authorised the issuing of a circular centralising procurement for PPE items for the department, knowing that it would create the risk of harm or result in harm to the Gauteng provincial government”.

Judge Modiba said these claims were, however, bad in law. She upheld Makhura’s exception.

Modiba added that a claim for vicarious liability was not available to an employee sued by her employer.

Modiba said there was no legal basis in terms of the Constitution to hold Makhura and his executive liable for the losses suffered by the provincial government due to the awarding of the contracts.

The court also allowed a special plea by Lukhele that he cannot be held liable for a contribution or indemnification to recovery orders made against Lehloenya.

The ruling followed an interlocutory application and the case dealing with the merits of the SIU’s case will be heard at a later stage. DM