Military veterans accused of kidnapping government officials out on bail 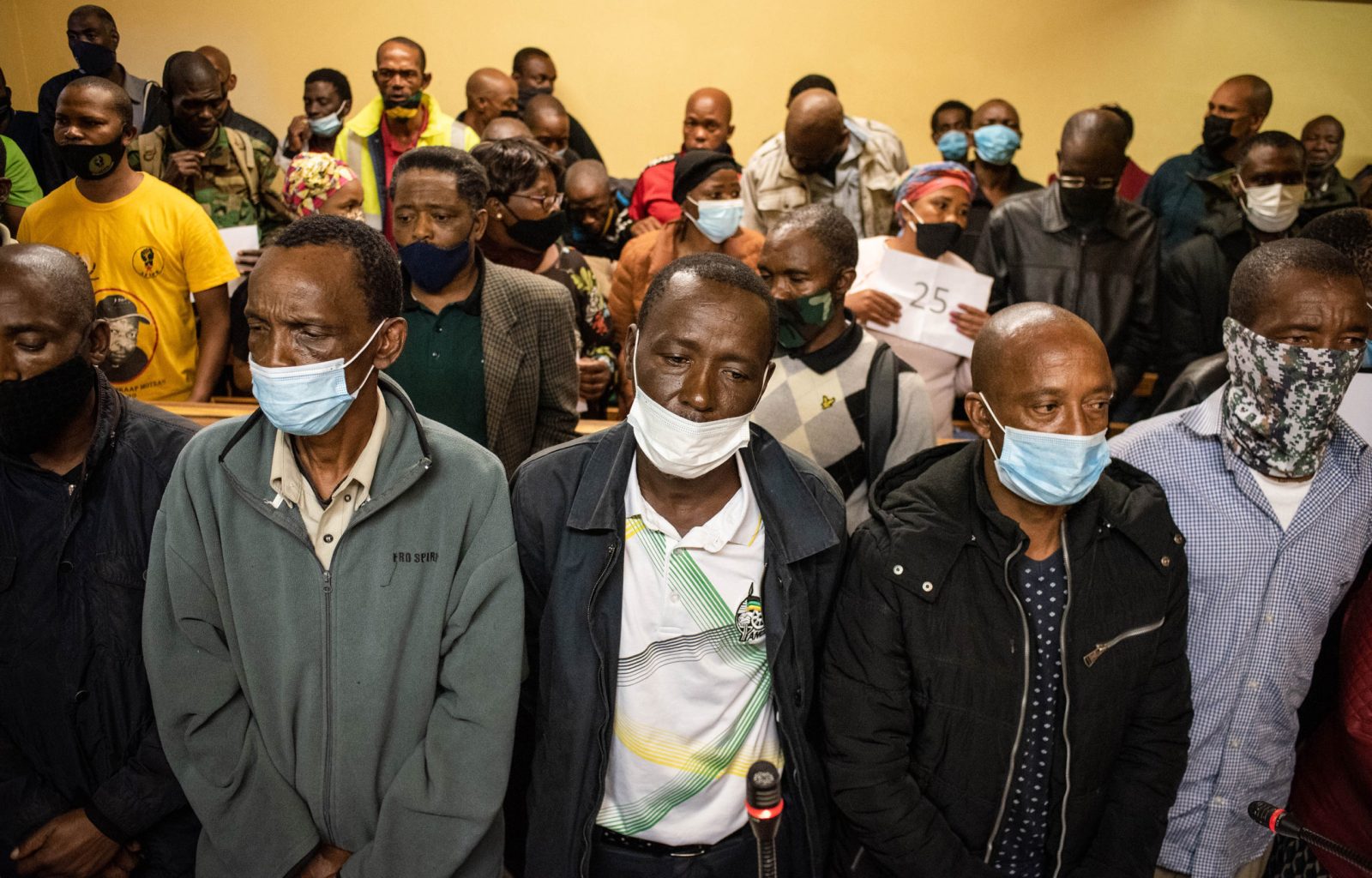 Bail has been granted to most of the disgruntled members of the disbanded Umkhonto weSizwe Military Veterans Association (MKMVA) accused of holding top government officials against their will at the St George Hotel in Pretoria last week.

A total of 42 of the more than 50 members of the MKMVA accused of kidnapping government ministers at the St George Hotel on Thursday 14 October have been granted bail of R500 each. Those with previous convictions were kept in custody pending their bail applications on Friday. According to the state, previous convictions among this group include robbery and murder.

Appearing at the Kgosi Mampuru Correctional Facility’s court, the 53 accused faced one charge of conspiracy to kidnap and 26 charges of kidnapping.

The accused were arrested after allegedly holding Minister in the Presidency Mondli Gungubele, Defence and Military Veterans Minister Thandi Modise and her deputy, Thabang Makwetla, hostage after a raucous meeting at the hotel.

Speaking after the drama, Modise said the incident demonstrated that South Africa was not “security heavy.” However, there has been criticism that senior government officials are hopelessly unprepared for such situations.

Although the state had called for bail of R3,000 to be set, Advocate Dali Mpofu SC, representing 30 of the accused, argued that the amount should be R500 since many of the accused were unemployed. The state revealed that it was considering adding terrorism charges, subject to qualification by the National Prosecuting Authority.

There was heavy security inside and outside the court, with the number of prison officers far exceeding that of police. Members of the MKMVA gathered outside in isolated groups.

“Taking everything into account, the court believes that the bail amount should be R500,’’ magistrate Bheki Ntshingila said.

All the accused were present in court except for one who was said to be in hospital. Alongside the MKMVA group accused of holding the ministers hostage are members of the Pan Africanist Congress and the former Azanian People’s Liberation Army.

Finding the total bail of R21,000 could not have been easy for the MKMVA, whose suspended spokesperson Carl Niehaus and other ANC members have been battling non-payment of their salaries by the party for months.

On Monday, Niehaus and other aggrieved members of the ANC laid an official complaint with public protector Busisiwe Mkhwebane’s office as the salary saga drags on. Niehaus and his colleagues want the Public Protector to investigate the party’s dire financial situation.

The kidnapping case was postponed to 1 February 2022. DM