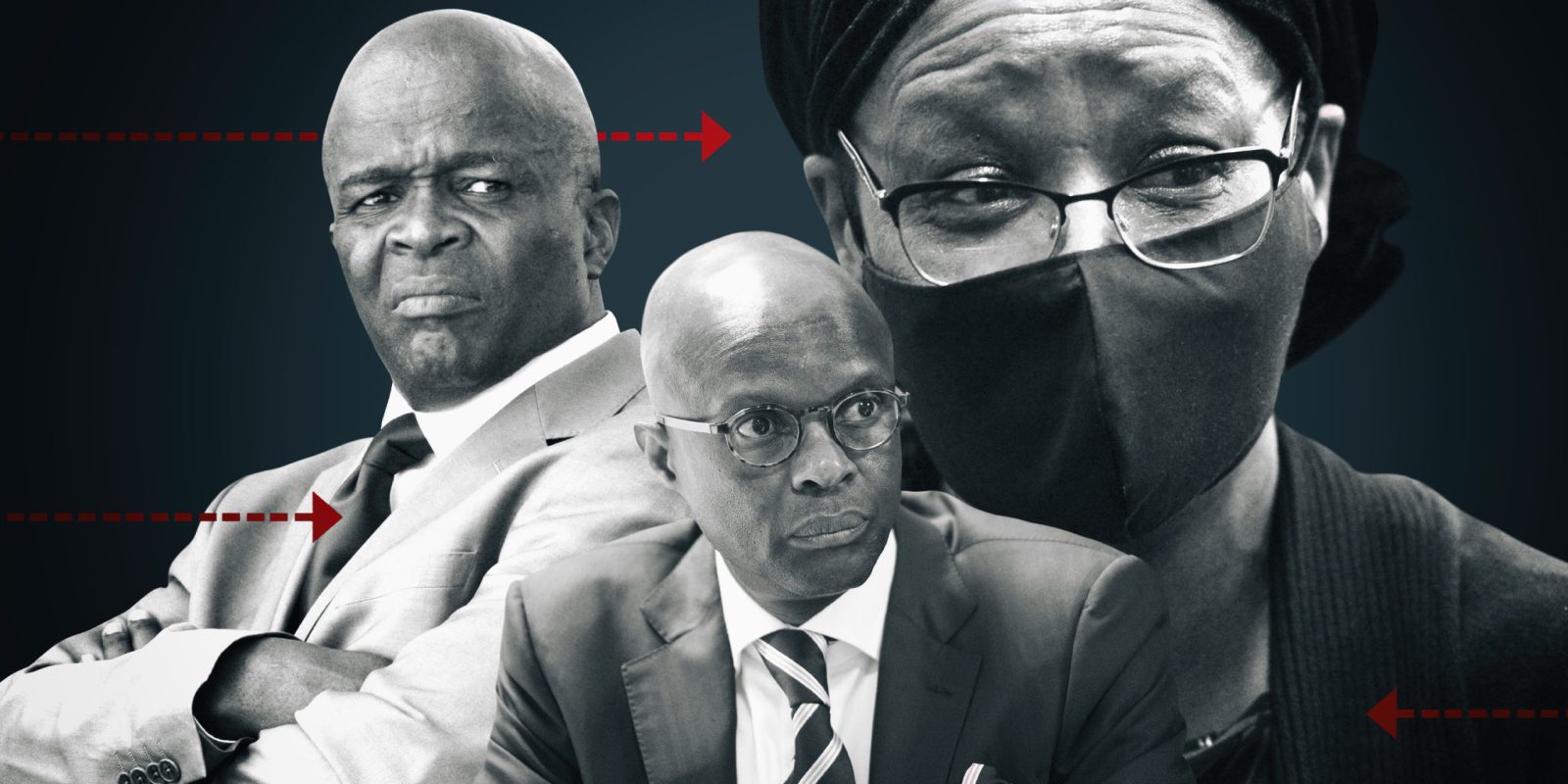 While there are many reasons for the current weakness of our state, involving the pandemic, inequality and poverty, it seems clear the main reason is political.

The images of two Cabinet ministers and a deputy minister being “held hostage” by a group of Struggle veterans and their rescue by the Special Task Force may well be an apt symbol of our times. They depict citizens’ anger towards those in power and the way they may act once the politicians’ safety bubble is burst.

This wild event comes during a local election campaign. The campaign has resulted in the state’s weakness being portrayed live on the news media. The failure of the state’s delivery was clear for all to see and the consequences of that inability were demonstrated. It may well be that the story of this period of our history is the waning of South Africa’s state power, with the dangerous consequences that are bound to follow shortly.

On Friday, Modise attempted to downplay the incident, claiming that there was no physical danger. But that does not explain why the SAPS Special Task Force had to be called in, or why tear gas was used during the operation to free the ministers.

This incident is a symbol of the multi-sectoral weakness of our state, and the deep-seated anger that people feel towards it. A subset of SA people who believe that the promises made to them were not kept — they live in poverty and inequality — were finally able to get physical access to the representatives of the movement that made those promises. It was their opportunity to make their voices heard.

To be clear, this was the minister of defence in the physical power of people outside the chain of command.

This show of weakness comes after what was a much greater indication of the state’s inability to exert control over its own territory.

Two months ago there was violence and looting in KwaZulu-Natal and Gauteng, which claimed the lives of at least 342 people and inflicted damage estimated at R50-billion.

Again, on live TV, it was clear to the nation how the state was powerless to stop this violence, how the police were unable to prevent or control it.

The state’s incompetence is now being demonstrated in another way, as it is becoming clearer that the police and the State Security Agency are not able to determine who was responsible for instigating the violence and to hold them legally accountable.

This bears repeating. On the evidence publicly available, those responsible for creating a set of events that killed at least 342 people will probably not be punished for it. And so there is no reason for it to not happen again. As Ferial Haffajee has explained, it may well be that that failure of the state led to the hostage drama last week.

All of this is occurring as citizens’ daily lives are made miserable by the state’s incompetence and corruption at the municipal level.

Rolling news channels provide virtually permanent coverage of the problems with service delivery. Across South Africa, water pipes are broken, sewage flows into streets and sometimes homes, there are frequent power cuts, rubbish is not collected and residents are overcharged or have not paid their dues for years.

It is a depressing picture, one which took many years to paint.

The local election campaigns have shone a spotlight on this and shown the daily lived experience of millions of people around the country.

This leads to increasing levels of frustration and drastic action from citizens desperate for services and help.

One of the consequences of this failure of the state is that it opens the space for other players to promise to fix all the problems while practising identity-based politics. The situation is ripe for the rise of populism.

One of the government’s main functions is to bind a nation together, using systems like schools, hospitals and municipal services as tools in that process. When these fail, cohesion is badly weakened.

When crucial systems fail, sometimes people fall back on charities with a religious or ethnic dimension, or are pushed into the arms of those who make them believe their identity based on language or ethnicity is more important than their national identity as a South African.

There is another mechanism at play here.

It is tempting for politicians in local government to promise to serve the needs of only their constituency.

In Nelson Mandela Bay, for example, the then mayor Mongameli Bobani (who has since died), said that he would provide services only for black people, while claiming that white people had stolen the water of black people.

It is easy to see other politicians taking this approach, making promises to serve only their constituencies. It is the ultimate destination of identity politics.

But, as Trevor Fowler, the former municipal manager of Joburg and currently Adjunct Professor at the Wits School of Governance, has pointed out, this may have difficult consequences for a municipality.

In an interview with Newzroom Afrika last week, he suggested that while it may be tempting for a municipality to concentrate all of its efforts on helping the poorer people within that council, that municipality needs money to make things happen.

That money comes from what richer people pay for services, particularly electricity. In some cases, 30% of the ratepayers of a council subsidise most of the services that the council provides. Thus, if you no longer provide proper reliable services (which require maintenance and investment) for those richer people, they will pull out of municipal services.

Some might move away or turn to other ways of getting electricity. This means that the council will not have the money to provide services for poorer people. This, in turn, will make the situation worse, enabling identity politics to intensify.

It is that simple. DM