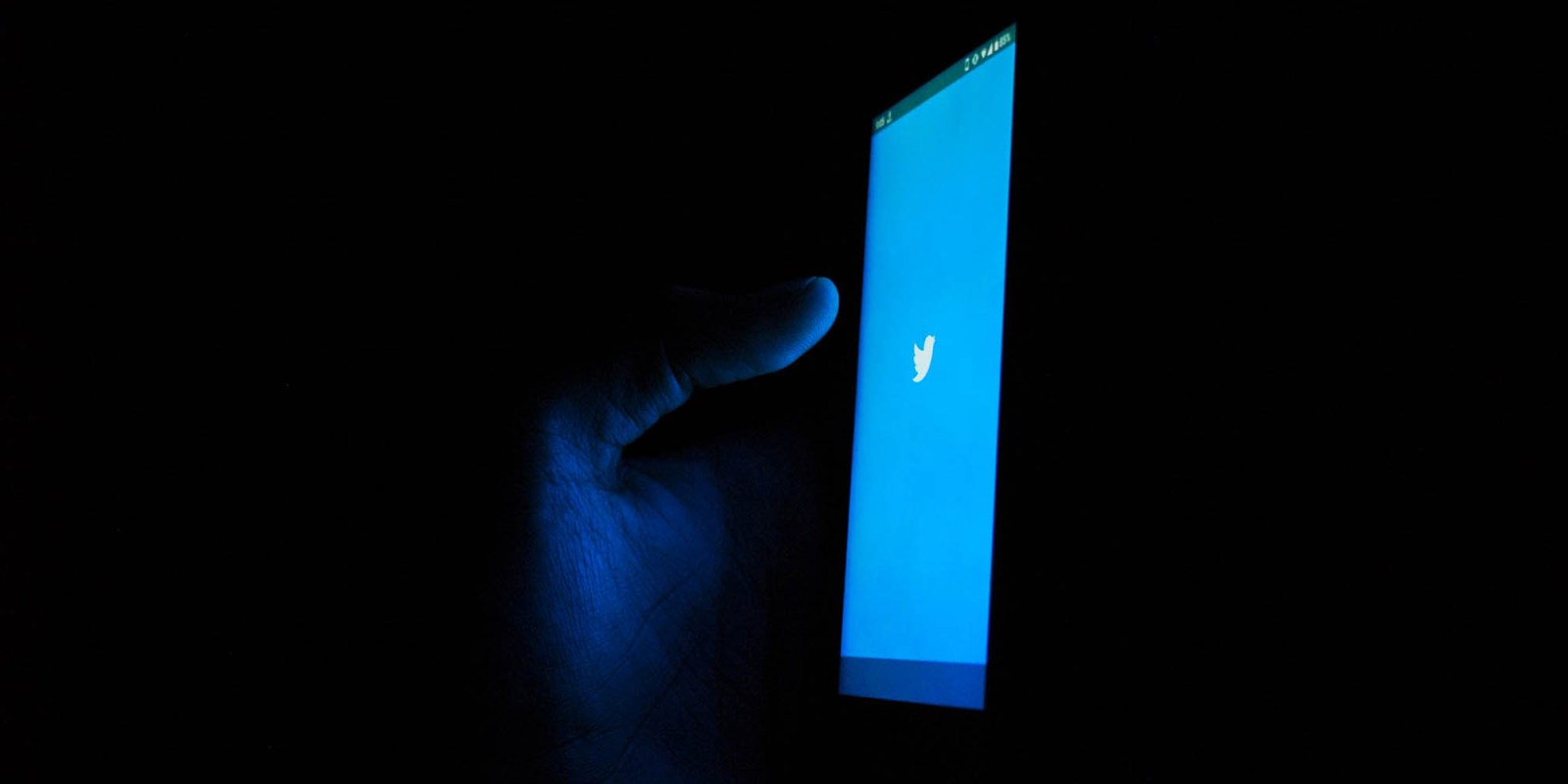 The 2021 municipal elections are taking place within the most polarised society since 1994. Ideological boundaries are more clearly defined and mutually exclusive than in the past, making it more difficult than ever for one party to speak to diverse groups of voters. In this context, expect the social media onslaught to intensify in the next few weeks.

Social media has been a mixed blessing to the world. Platforms such as Twitter, Facebook, Instagram and others have allowed socio-political actors to get their message out on a scale previously unimaginable, disintermediating traditional media channels in the process. Some actors harness this ability in a legitimate way; unfortunately, others use them to manufacture false or misleading narratives to manipulate public opinion.

Twitter is a particularly effective platform for getting your message out. While its user base might not be broadly representative of the South African population, it is the place where people who have something to say (like politicians and grifters) are afforded a digital soap box from which to espouse their message. It is also the place where journalists and opinion makers gather, and it is through them that these messages percolate into our general discourse via news media and the like.

The impact of social media on our social discourses, both in South Africa and around the world, has been dramatic, and not always in a good way.

Despite the double-edged nature of social media, a clear benefit of Twitter is our ability to measure the conversations that happen on its platform to gain a bird’s eye view of the factions and interest groups discussing any particular topic. This is what I have been doing via my website, www.superlinear.co.za, for many years. As the local government elections approach, let’s take this moment to look at the main constituencies that make up the South African political landscape, the issues that are important to them and the political parties seeking to harness them.

A quick caveat: as I said up front, Twitter is not representative of South Africa, but it is where most political parties and movements reside, making it a perfect place to measure what they are saying and who they are saying it to.

Several months ago, I summarised the main groups shaping the South African socio-political discourse based on 14 million tweets about social and political issues in 2020. Three large constituencies emerged from that analysis: 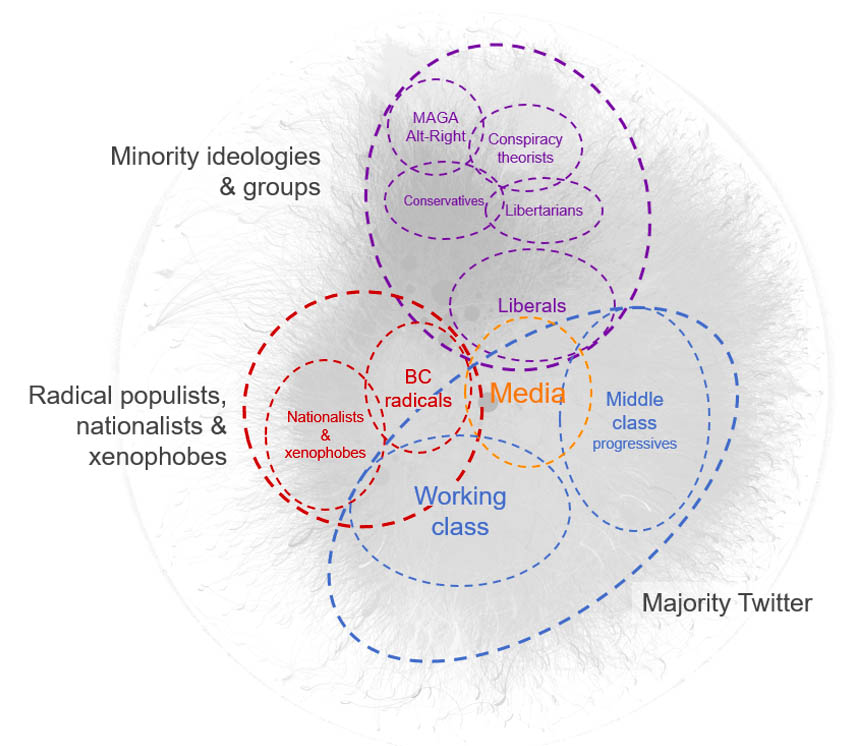 Let’s delve into each constituency in a bit more detail to understand which political parties are speaking to each and what parties’ messaging is likely to emphasise ahead of the local government elections.

Black (in the narrow sense) South Africans make up about 80% of the population. Similarly, they make up the most prominent communities on South African Twitter. This group is where most undecideds reside; they are the pool from which most parties and ideologies will try to attract new voters. The group can be broadly split into two groups: the middle class and the working class.

Middle-class community members tend to have a socially progressive stance with an acute interest in social justice. Political parties such as the ANC, EFF and (decreasingly so) the DA will emphasise social justice aspects to tap into this group. The CR17 faction of the ANC has its major foothold in this group. Expect Mmusi Maimane’s OneSA Movement to speak to this group as well.

The working-class community is plagued by unemployment and generally poor prospects in life. Their frustration is easily harnessed by populist groups who use strawman issues to gain political momentum. Two broad threads of populist rhetoric will be used to tap into this group:

Black Consciousness (BC)-inspired groups such as the EFF and the Radical Economic Transformation (RET) faction will emphasise the struggle against “white monopoly capital” and similar groups as the root cause of voters’ problems.

Nationalist and xenophobic groups including the #PutSouthAfricansFirst political project, RET-offshoot party the ATM and Herman Mashaba’s ActionSA will focus on foreigners as the root cause of South Africa’s problems, demonising immigrants and calling for tighter border control and immigration policies.

This broad group is made up of very clearly defined ideological communities. This is the home of the BC-inspired groups and the nationalist, xenophobic groups.

In recent years, the RET faction of the ANC and the EFF have increasingly been speaking to the same audience with their BC-inspired rhetoric. We can expect a continued emphasis on the strawman issue of white monopoly capital, as well as the failure of the CR17 ANC and general social justice issues of importance to black South Africans.

Even as the overlap between RET and EFF rhetoric has grown, these groups’ combined audience has been eaten into by the rise of the #PutSouthAfricansFirst political project. This hashtag and its attendant anonymous influencers came to prominence seemingly overnight at the beginning of the Covid-19 lockdown period in March 2020. Anonymous influencers demonise foreigners while more legitimate outlets such as the ATM and ActionSA use the same hashtag, but insist that their focus is on the integrity of South Africa’s borders and job markets for locals. Their nationalist calls are likely to continue to form a key part of their messaging, even as they benefit from the negative sentiment generated towards foreigners by the more strident anonymous accounts.

The final group is the most ideologically diverse in some respects; however, most of these ideologies overlap greatly.

Many traditional liberals form part of this group, where messaging around humanist ideals such as non-racialism and a capable state that works for all will resonate. The DA’s emphasis of its good governance track record will resonate with this group, as will OneSA’s messaging. However, this group is also shrinking as American conservative and libertarian ideas and critiques of concepts such as Critical Race Theory and socialism are increasingly imported into this group. These concepts are polarising this group from the rest of South African society as they are shifted towards more conservative, right-leaning (and in some cases, radical) stances that have already become popular within the communities below.

The polarising shift based on imported American conservative and libertarian concepts has led to the growth of a conglomerate of overlapping ideologies predominantly, but not exclusively, within the white South African community. This conglomerate of overlapping ideologies includes libertarians, conservatives, conspiracy theorists and an overt Maga-style Alt-Right.

These groups are all characterised by a deep distrust of official authorities (personified by the ANC — where they do not make a distinction between the party’s RET and CR17 factions — and the mainstream media). This distrust has opened them up to American-style, individual rights issues such as gun rights, Covid-19 issues (such as mask wearing, vaccine hesitancy, and so on), federalism and regional independence. Parties such as the DA, FF+, ACDP and the Cape Independence Party, among others, will emphasise issues such as the failure of the ANC state, so-called socialist policies and the curtailing of individual freedoms to this conglomerate of ideologies.

The 2021 local government elections are taking place within the most polarised society since 1994. Ideological boundaries are more clearly defined and mutually exclusive than in the past, making it more difficult than ever for one party to speak to diverse groups of voters.

Party messaging will probably emphasise important issues such as a capable state, service delivery, good governance and the ideals of our Constitution, such as non-racialism, but these are likely to be delivered alongside messaging that taps into our underlying fears, anxieties and frustrations; messaging that cynically taps into the racial and ethnic fault lines that criss-cross our society.

It is up to us as voters to not give in to our base tendencies, but rather vote in the parties that we think are best placed to move South Africa forward collectively so that all can prosper. DM