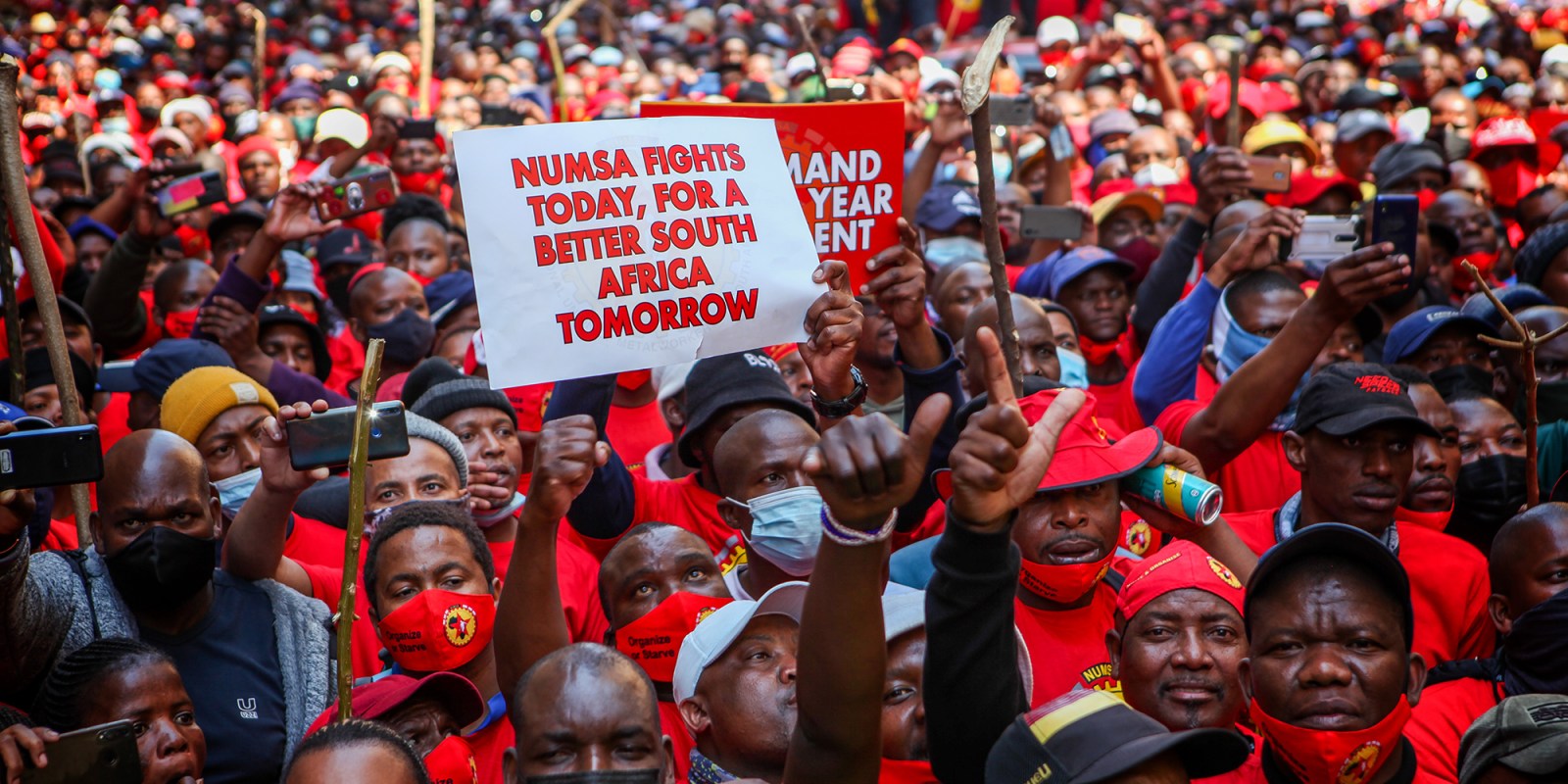 Workers in the steel and engineering sectors have embarked on an indefinite strike over a long-standing dispute on salary increases in 2021. The strike might be like the one in 2014, which lasted four weeks and cost South Africa’s economy R6-billion.

Shop floors at steel factories across SA were abandoned on Tuesday after workers downed tools and embarked on an indefinite strike across the country that is set to bring an important component of the economy to its knees.

Workers affiliated with the National Union of Metalworkers of SA (Numsa) in the steel and engineering industry went on strike over a long-standing dispute on salary increases in 2021.

The strike, which involved some of Numsa’s 432,000 workers, is reminiscent of the one in 2014 that lasted for four weeks and cost the steel and engineering sector between R300-million and R500-million per day, or R6-billion for the broader economy.

News of the strike sent the share price of ArcelorMittal SA, one of the country’s big steelmakers, nearly 1% lower on Tuesday, wiping off R68-million from its value on the JSE.

The steel and engineering industry is an important component of SA’s economy: it represents nearly 2% of the country’s economic output and is responsible for 190,000 direct jobs.

The industry is battling to survive an environment in which steel prices are depressed because of cheap imports from China. Steel demand is also in the doldrums as big construction and infrastructure projects have dried up since the 2010 Fifa World Cup.

On the first day of their strike on Tuesday, workers affiliated with Numsa marched to the Metal and Engineering Industry Bargaining Council in Johannesburg and handed over a memorandum reiterating their demand for inflation-beating salary increases. The council is where workers and employers in the steel and engineering industry negotiate the terms of employment.

Marches also took place in the Northern Cape, KwaZulu-Natal and the Western Cape.

Numsa has demanded a salary increase of 8% for one year (2021), then an adjustment of consumer inflation plus 2% for the following two years. This works out to salary increases of just over 6%, as the SA Reserve Bank expects inflation to average 4.2% and 4.5% in 2022 and 2023, respectively.

Numsa and employers in the steel industry, represented by the Steel and Engineering Industries Federation of SA (Seifsa), have failed to find each other and Numsa has declared a salary dispute.

The memorandum handed to the bargaining council stated that Numsa was “declaring war” on an “opportunistic agenda” by employers to plunge already embattled workers into a “slavery national minimum wage”.

“They adopted an opportunistic stance, refusing to make a meaningful offer that can resolve this round of negotiations. This is the reason that Numsa resolved to serve all employer associations with a notice for an indefinite strike, which begins today, 5 October 2021,” read the memorandum.

Lucio Trentini, CEO of Seifsa, the sector’s largest employer body, which represents 18 organisations employing 170,000 workers, believes that it can bring Numsa back to the negotiating table to avoid a prolonged strike.  Other smaller employer bodies include the National Employers’ Association of South Africa, SA Engineers and Founders Association and Consolidated Employers’ Organisation.

Trentini was sympathetic to the plight of workers as they had to forgo salary increases in 2020 because of the Covid-19 pandemic, which brought the steel industry to a halt during the hard lockdown. But he said workers needed to moderate their expectations as the steel industry is still in the doldrums.

Trentini said that unlike in 2014, employers in the steel industry are prepared for this strike as they have stocked raw materials to continue producing and supplying steel for the automotive, mining and construction industries. DM/BM