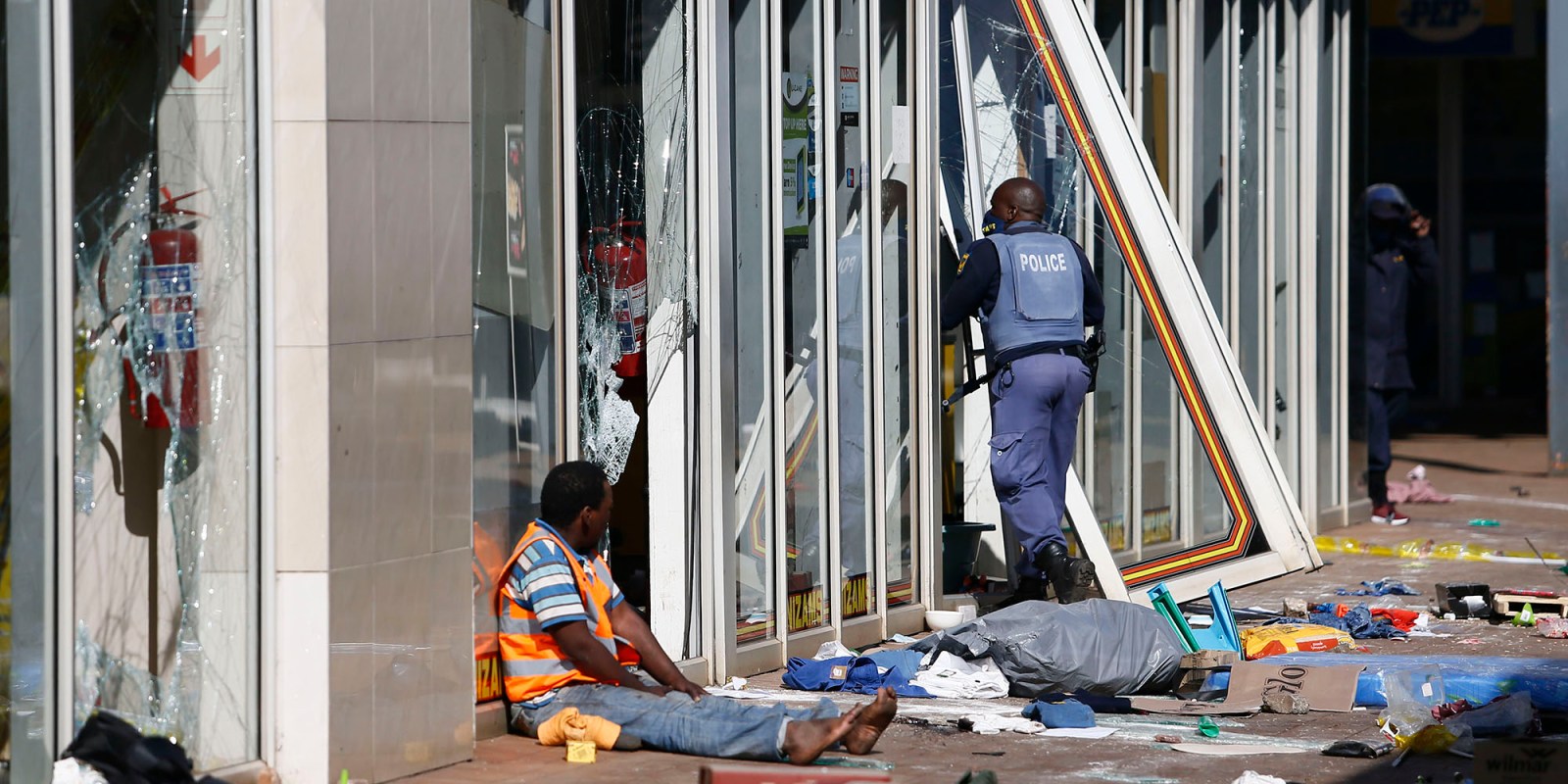 The National Treasury recently stepped in and shored up Sasria’s ability to settle insurance claims to businesses affected by the July unrest. It threw a R3.9bn cash injection to Sasria’s balance sheet. But the insurer might require additional government support to settle outstanding claims.

State-owned short-term insurer, the SA Special Risks Insurance Association (Sasria), might need more government support – over and above the R3.9-billion that the National Treasury recently allocated to it – to settle insurance claims arising from the week of anarchy in July.

Sasria alone doesn’t have the financial means and muscle to settle insurance claims from businesses that suffered damages to their insured properties as a direct result of social unrest in Gauteng and KwaZulu-Natal.

The insurance claims from businesses were conservatively estimated by Sasria at between R10-billion and R20-billion. But the value of expected insurance claims trumped the amount of money that Sasria readily had to settle claims. Sasria had less than R12-billion on its financial books – a combination of cash on hand and investments (listed shares, bonds, and money market instruments) that the insurer could liquidate.

The Treasury stepped in and shored up Sasria’s ability to settle insurance claims by throwing it a R3.9-billion cash injection. The money will be disbursed to Sasria following the conclusion of the Special Appropriation Bill parliamentary processes, which also aims to assist the insurer in meeting its obligations until the end of the government’s current financial year, which runs until 31 March 2022.

The July riots, which coincided with the imprisonment of former president Jacob Zuma for contempt of court, wrought extensive damages to 112 shopping malls and 3,931 stores in Gauteng and KwaZulu-Natal. The damages are expected to make a R50-billion dent in SA’s GDP in 2021.

Further help from the government

Since the July riots, Sasria has paid out insurance claims amounting to more than R5.8-billion.

Sasria might require additional government support to settle outstanding claims, meaning the Treasury or taxpayers would be asked for another financial lifeline.

In a joint statement from the Treasury and Sasria on Monday, the Treasury said it is aware that the insurer, through regular engagements with it, would require “additional government support. …[The Treasury] is therefore working closely with Sasria to finalise the actual financial support need [sic]. The final additional support is dependent on how swiftly Sasria can finalise the total claim amounts.”

The additional financial support to Sasria might be outlined in the government’s 2022 Budget.

In the interim, Sasria believes that it has sufficient cash reserves to meet all valid insurance claims.  Sasria works with other insurance industry players – such as Munich Reinsurance, SCOR Africa, Swiss Reinsurance Company, Lloyd’s Underwriters and Hannover Reinsurance – to spread the risk of insured business, a process known as reinsurance. These insurance players can help Sasria to settle insurance claims if it struggles to do so alone.

“Sasria has sufficient reserves including through its reinsurers to meet all valid claims. While the parliamentary processes for additional government support is being finalised, Sasria remains liquid and continues to trade as usual.”

Sasria is the only insurer in SA that provides cover for losses or damages to insured property as a direct result of civil unrest, including rioting, strike action, and public disorder. The political violence and riots before SA embraced democracy in 1994 have pushed private sector insurers to no longer provide cover for social unrest – leaving Sasria as the only insurer that does so. Depending on the Sasria insurance cover, businesses can receive a payout of up to R1.5-billion.

While Sasria has already settled more than R5.8-billion in insurance claims linked to the July unrest, it has shifted its focus to settling small claims – those below R1-million – more quickly to speed up relief to policyholders.

It plans to settle at least 80% of all claims between R1-million and R30-million by the end of October. Sasria has also started making payments on bigger claims that are above R300-million. DM/BM