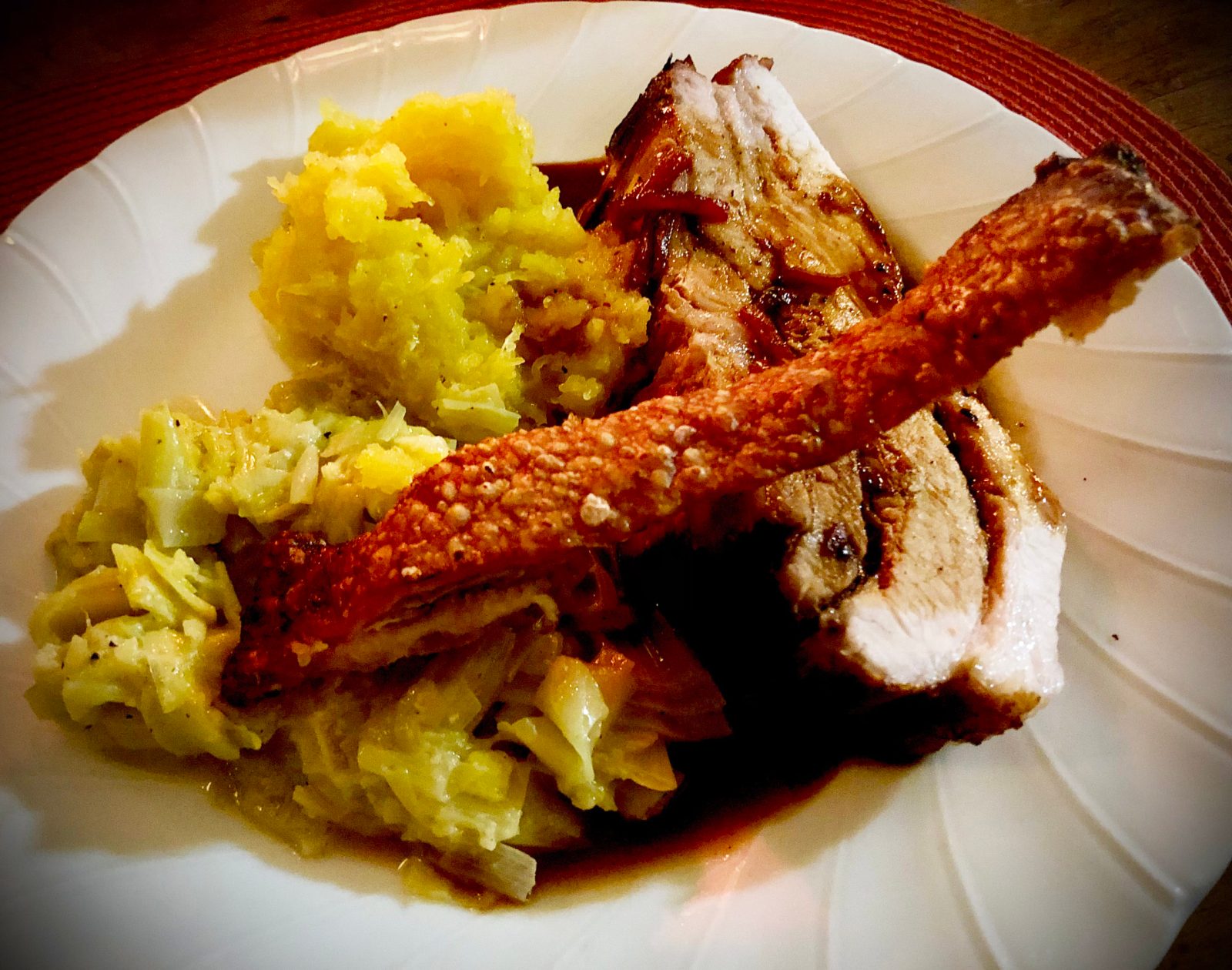 For the sixth edition of our Crackling Good Quest series in pursuit of perfect pork crackling, I cooked it in the pressure cooker-cum-air fryer I have on loan. The result: great crunch, but took a bit of effort.

The Instant Pot Duo Crisp air fryer and pressure cooker is in fact also a sous vide cooker, steamer, and can grill and roast among other talents. For this recipe I started by cooking the belly with the device’s pressure cooker lid, and then transferred to the air fryer lid in the hope that I’d end up with perfectly crunchy crackling.

For the first procedure I used beer, soy, sesame oil, spices and my homemade orange whisky marmalade. The last is to provide a sweet contrast to the bitterness of the beer.

Score the rind with a very sharp knife.

Mix the other ingredients together in the pot of the pressure cooker. Place the pork in it, close the lid, and set to pressure cook on high for 20 minutes. Turn it off and, once the steam has been released, open it and remove the belly to a bowl.

You can at this point pour off the cooking liquid into a saucepan to reduce it down to a sauce, which you can thicken with a little cornflour dissolved in water, if you like. Be sure to spoon off fat once it has settled on top.

Pat the belly dry, several times, to get it as dry as you can. Clean and dry the pot and put it back in the Instant Pot. Put the air fryer basket in that with the wire rack in it.

I got a bit sneaky at this point as the meat was done but the rind needed to turn to crackling. So I cut off the entire rind and air-fried it on its own.

Place the rind on the wire rack. Close the air fryer lid and set it to air fry for 15 minutes at 204℃. If after this time it is not crisp enough, give it another 5 minutes. Serve with the reduced and/or thickened juices from the first phase of the cook. DM/TGIFood