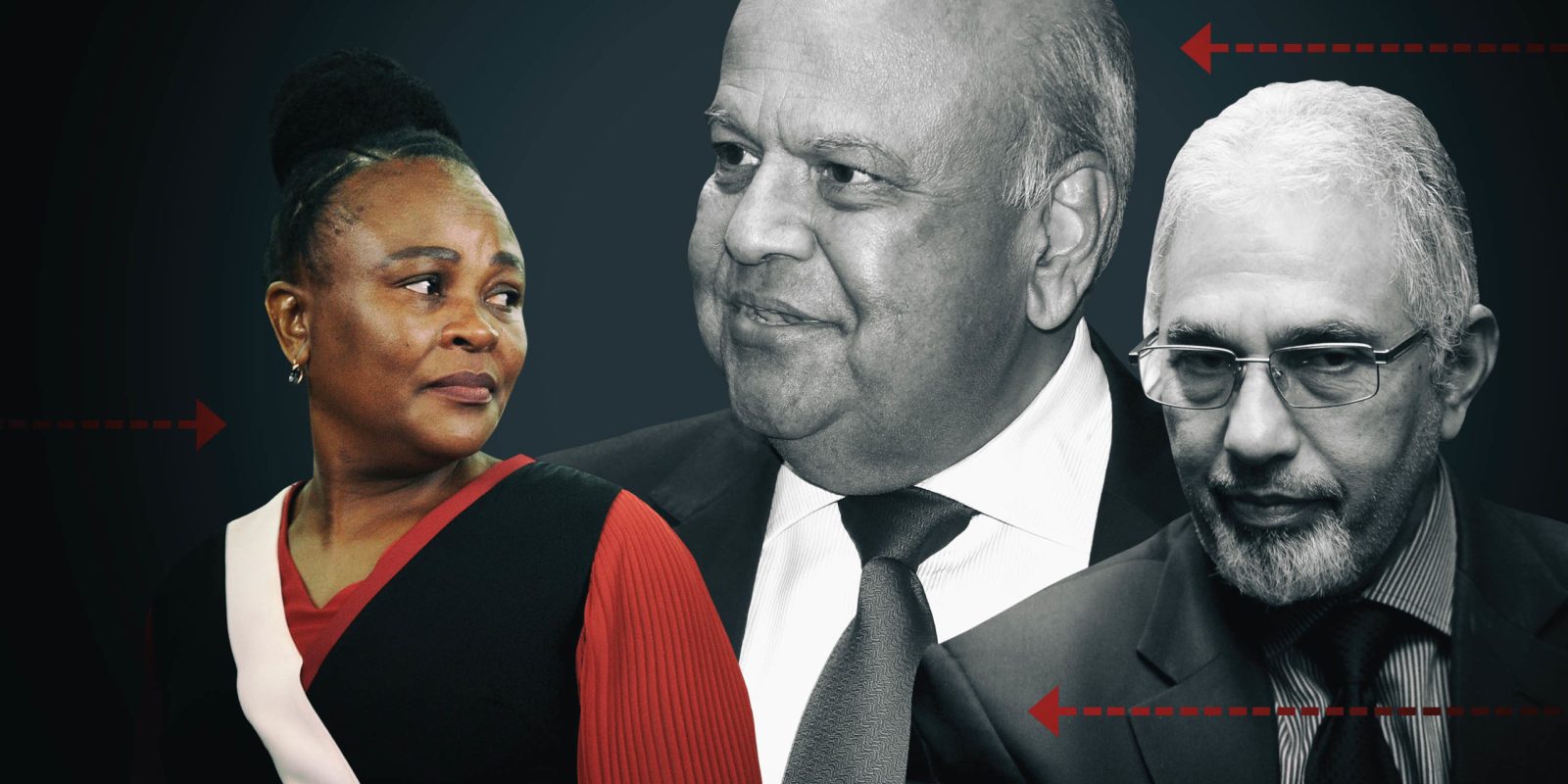 It took just two sentences for the Supreme Court of Appeal to dismiss Public Protector Busisiwe Mkhwebane’s application to appeal against the overturning of her report on the decision to grant early retirement to SARS official Ivan Pillay. This is the latest in a series of court smackdowns for the Public Protector which are becoming too numerous to count – and too expensive to tally.

How many times do you have to be told by the courts that you’ve got it wrong? If you are Public Protector Busisiwe Mkhwebane, that quantum is still unknown.

Mkhwebane’s latest court defeat, handed down by the Supreme Court of Appeal on Friday, was dealt with in just one paragraph.

The Public Protector’s application to appeal against the overturning of her 2019 report on the early retirement granted to SARS official Ivan Pillay was deemed by the court to have “no reasonable prospect of success in an appeal, and there is no other compelling reason why an appeal should be heard”. No arguments were heard by the court.

Mkhwebane’s report found that former finance minister Pravin Gordhan had unlawfully approved Pillay’s early retirement at the revenue collector and then retained Pillay’s services. She concluded that Gordhan’s conduct was improper and asked President Cyril Ramaphosa to take action against him.

The publication date of the report raised eyebrows, since it was released one day before Ramaphosa’s inauguration, and in the view of Gordhan and others, seemed timed to destabilise his administration in advance. The courts subsequently dismissed these suspicions as “unsubstantiated”, and indeed there was no hard evidence to prove the point.

That is, of course, unlike the situation with the Public Protector’s report into the Absa bailout of apartheid bank Bankorp in 2017, when the record of Mkhwebane’s research – when she was forced to reveal it by the courts – showed that she had conducted secret meetings with then-president Jacob Zuma, with the State Security Agency, with former state security minister David Mahlobo and with advocacy group Black First Land First, after which her report changed significantly.

That was a shockingly clear indication that some of Mkhwebane’s reports were not being compiled in strict adherence to the Public Protector Act and the merits of the case at hand. This is one of two accusations that have dogged Mkhwebane’s tenure from the outset. The second – and the two are possibly indivisible – is that the advocate has a worryingly poor grasp of the law for someone in her position.

The Ivan Pillay retirement saga might be the nadir of Mkhwebane’s tumultuous reign as Public Protector, although it has hefty competition from her illegal recommendation to Parliament to amend the Constitution to change the mandate of the Reserve Bank.

It’s worth remembering that Mkhwebane took on the Pillay matter – which was ancient history, relatively speaking, dating back to 2009 – because she insisted she had “special circumstances” for doing so. No compelling reasons were ever advanced for her decision, and none were evident, bar the persistent political pressure of the Economic Freedom Fighters (EFF) on the matter.

When it came to the actual legal merits of the Pillay saga, it appeared to be embarrassingly simple: Gordhan had acted in accordance with legal advice on the retirement issue, and it turned out to be extremely common practice in the public service for retirees to be re-employed afterwards on contract. The contortions Mkhwebane had to perform to find otherwise are mind-boggling.

What also blows the mind, however, is Mkhwebane continuing to use public money in her appeals against scathing court findings. The most recent Supreme Court of Appeal rejection followed an earlier rejection from the Gauteng High Court on the same matter. At what point does basic decency demand she stop flogging these dead horses at the public expense?

It is no secret that government spending on legal fees has been escalating dramatically in recent years. In 2016, the Financial Mail reported that the state spent R873-million on legal services, which was itself an increase of 161% over the previous six years. In the 2018-19 financial year, municipalities alone spent a collective R1.2-billion on legal fees, according to the then finance minister Tito Mboweni answering questions in Parliament in 2020.

In the most recent annual report available on the Public Protector’s website, that for the financial year 2019/2020, it is stated that Mkhwebane’s office spent more than R47.2-million in 2020 and more than R17.1-million in 2019 on “consulting and professional fees”, which include legal fees.

In the same report, it states that the Public Protector approaches the courts to defend the cases “to ensure that the reports which include the remedial actions are protected and implemented”.

If the court rules in favour of the Public Protector, the office then records the legal fees as “recovered”. In the financial year in question, just over R1-million in legal fees were recorded as recovered – a tiny fraction of the whole.

This, while the office of the Public Protector has repeatedly argued that budgetary constraints are a major obstacle.

Of course, nobody should argue that there are not cases which would be important for the Public Protector’s office – in theory – to have ventilated through the courts. It is also worth remembering that the former Public Protector Thuli Madonsela was also on the receiving end of a number of scathing court judgments.

But in cases like the Pillay retirement report, it is difficult to understand any rational justification for pursuing appeal avenues all the way to the Supreme Court beyond sheer stubbornness or desperation on Mkhwebane’s part.

The amount of money the current Public Protector is wasting on legal fees is doubly problematic given the questionable return on investment her office has provided to the South African people during her tenure.

Fiddling while South Africa burns: What is Busisiwe Mkhwebane up to?

In 2019, Daily Maverick’s Marianne Thamm listed at least 18 issues which the Public Protector could pursue urgently as matters of national importance, if Mkhwebane were set on finding “special circumstances” to justify her investigations. Virtually none of them has been taken up. But if Parliament’s current impeachment proceedings succeed, perhaps the next Public Protector can add them to their in-tray. DM