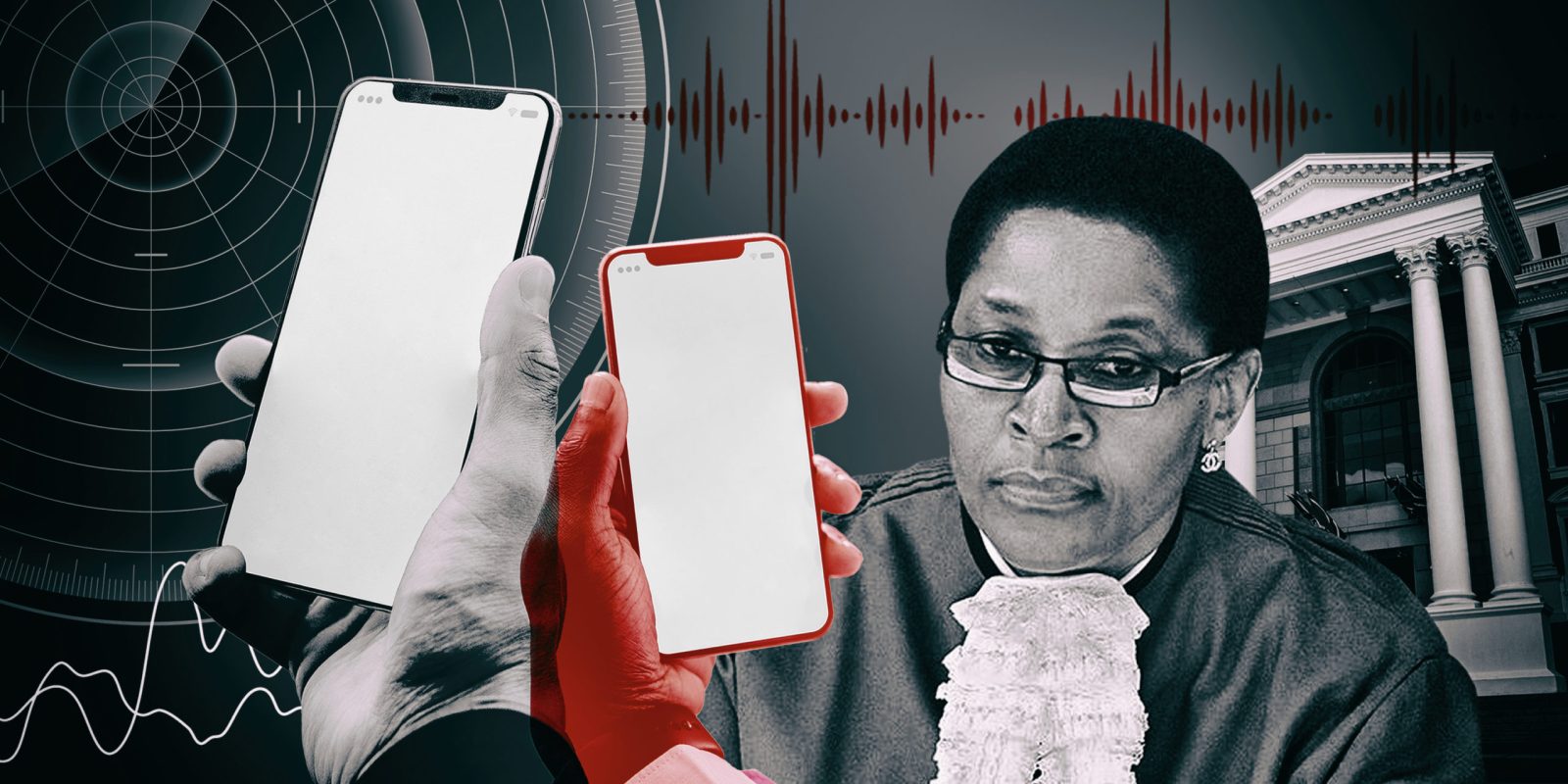 The truthfulness of those applying for interception of communication remains a concern, as are ‘unceasing unlawful interceptions’, according to retired Constitutional Court judge Bess Nkabinde – known colloquially as the ‘bugging judge’, being the go-to judge for wiretap authorisations.

“It is indeed a matter of great concern that there seems to be unceasing unlawful interception of communication of private and public officials,” said retired Constitutional Court judge Bess Nkabinde – the designated judge, as the judge who must approve interceptions of communications is officially known.

“These matters are, in light of the constitutional imperatives and the rule of law, most disturbing and cannot be left unchecked by the relevant ministry/department or agency implicated. Lying under oath is a criminal offence. Appropriate steps need to be taken against officers with such proclivity, whose conduct results in violation of the privacy right of others without reasonable justification, whatsoever.”

Nkabinde does not mince her words in her report on interceptions, which is Annexure A in Parliament’s Joint Standing Committee on Intelligence (JSCI) report published on Friday 10 September in the Announcements, Tablings and Committee Reports (ATC), the national legislature’s record of work.

“Indeed, the mendacity of most of the deponents to the affidavits submitted in support of the interception directions are… a matter of serious concern as the interception judge is unable to verify the truthfulness of the statement.”

The report on interceptions from November 2018 to February 2021 had to be compiled without contributions from the State Security Agency (SSA) or the Financial Intelligence Centre, which failed to submit their respective reports to Nkabinde.

That’s even though the SSA has filed 66 requests for communications interceptions – seven were denied – predominately reapplications and extensions “mostly for terrorism, espionage or related crimes like information peddling”, while the Financial Intelligence Centre – mandated to scrutinise financial transactions over R25,000 to prevent money laundering, racketeering and such crimes – applied for three new wiretaps and the extension of one.

The SAPS has applied for 622 wiretaps, of which 208 were drug and drug trafficking related, 63 cash-in-transit and the rest varied from corruption, car jacking, smuggling of rhino horns, ATM bombings and rape and murder.

The tech is only able to capture voice and SMS communications, and seems to be focused at head office, rather than in provincial interception centres.

For Nkabinde, mentioning the loss of communications “supports the view that there are no safeguards in place to minimise intrusion into the privacy of the targeted individuals”.

Such a safeguard is one of the read-in provisions since the February 2021 Constitutional Court judgment that confirmed the unconstitutionality of parts of the 2002 Regulation of Interception of Communications and Provision of Communication-Related Information Act (RICA). This includes the law’s failure to protect the rights to privacy, to allow for notifications of surveillance, and lack of special considerations for journalists and lawyers, while neglecting to provide adequate safeguards for handling such intercepted information.

The Constitutional Court ruling, temporary read-in provisions and its directive to Parliament to fix the law by 3 February 2024 is a win for amaBhungane and its co-founder Sam Sole.

But if Nkabinde’s report is anything to go by, unlawful interceptions of communications continue.

That seems to have been supported in the State Security Budget debate when EFF MP Mbuyiseni Ndlozi spoke of SSA failure to comply with communication interception requirements.

Nkabinde’s report outlines the incident when an unnamed state security minister complained that her private communication was intercepted. The reference to “her” suggested the complainant could either be Ayanda Dlodlo or her predecessor Dipuo Letsatsi-Duba. A check in the wiretap documentation showed no authorisation, according to Nkabinde’s report, but a request to file a formal complaint was left hanging.

Another incident is that of a News24 journalist under surveillance by Crime Intelligence via a grabber device. Again, no application could be found, although when that was communicated, the lawyers for the media company SMSed Nkabinde to say the journalist’s number may have been “slipped into legitimate applications and could have been included among legitimate numbers – a trick sometimes used”.

In its judgement, the Constitutional Court cited as one example how a journalist’s phone number was slipped in among ATM bombers in an interception application

The further communications to Crime Intelligence and elsewhere as attached as annexures to Nkabinde’s report did not make it into Annexure A of the JSCI report to Parliament.

These JSCI reports are meant to be an oversight and accountability tool of the only parliamentary committee established in law, indicating how serious the 1994 MPs were about oversight of intelligence in South Africa’s constitutional democracy.

Yet more questions are raised than answers, given the often bizarrely oblique report published on Friday 10 September in the Announcements, Tablings and Committee Reports (ATC), the national legislature’s record of work.

For example, it talks of the acting SSA Director-General without ever mentioning his name, even though that person’s appointment was publicly announced.

Questions also arise as the JSCI’s annual report for the 2019/20 financial year, extended to December 2020, effectively is well over 15 months past its statutory deadline of no later than end of May of each year. Covid-19 restrictions are cited as reasons. But already the 2020/21 annual JSCI report is more than three months overdue, given this financial year ended on 31 March 2021.

It wouldn’t be the first time these JSCI reports are overdue, sometimes by years. But by cutting off oversight in December 2020, the JSCI sidesteps dealing with the fact that it knew much about and had been briefed well ahead of the intelligence testimony before the State Capture Commission.

By the time the commission chairperson Deputy Chief Justice Raymond Zondo heard in January how the SSA had been repurposed to protect then president Jacob Zuma, and how those in Project Veza investigating the malfeasance had been threatened, Parliament’s JSCI had already been briefed about all of that – twice.

The JSCI report indicates a briefing on Project Veza in November 2019, followed by an update in “special meetings” from 25 August 2020 to 4 September 2020.

“It was reported that the SSA was infiltrated by criminal elements during different times. Some of the findings of Project Veza included an illegal vetting structure that was established; the presidential support service, which consumed most resources due to extensive travelling without bringing back any intelligence; and the establishment of a toxicology unit reporting to the then president… ”

Later on, the committee recommends “security be provided for those involved in the investigations since threats were made” and that “those implicated in any wrongdoing be reported to law enforcement for further investigation and prosecution” with the Project Veza team to report to the committee every three months.

These JSCI reports are meant to be an oversight and accountability tool – and as a result should be a rare glimpse behind the veil of South Africa’s intelligence architecture.

But this report by the committee that sits behind closed doors, and does not do Zoom or Teams meetings due to security concerns, is just off target. DM