Protecting the president: Preparations for Zuma’s imperial presidency began at least in 2008 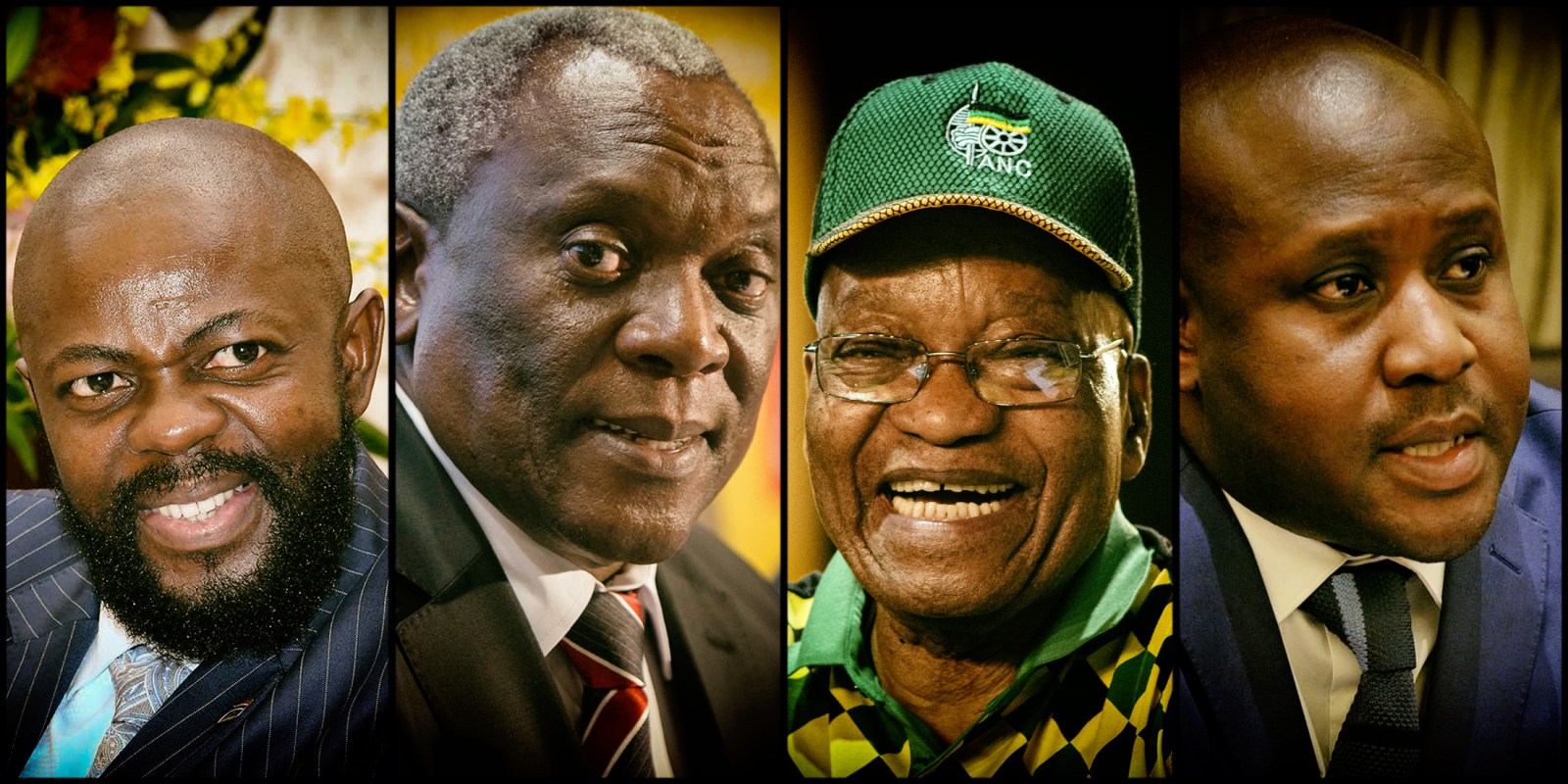 Evidence provided by a State Security Agency official, from an investigation into industrial-scale looting of the agency, sketched how former president Jacob Zuma and his allies set about creating a shadow state even before 2009, when he took office.

From at least 2008, “Zuma’s spy”, Thulani Dlomo, had floated the idea of an exclusive Presidential Security Support Service dedicated solely to intelligence collection “to protect President Jacob Zuma when he came to power”, the Zondo Commission of Inquiry into State Capture heard on Wednesday.

Shortly after taking his oath of office, Zuma signed a proclamation that bypassed Parliament and collapsed five of South Africa’s agencies into the  single State Security Agency (SSA).

The door was thus kicked open for the creation of an unlawful, parallel, secret security state, funded by public money, much of which remains unaccounted for, and which served Zuma’s personal and political interests for more than a decade.

The abuse occurred uninterrupted during the tenure of three ministers of state security, Siyabonga Cwele, David Mahlobo and Bongani Bongo, and was implemented by Maruti Nosi, Arthur Fraser and Thulani Dlomo.

The commission heard testimony from Ms K (identity protected) that while still in the employ of the KwaZulu-Natal Department of Social Development, Dlomo had set about selecting and training about 25 recruits, who were not processed through the SSA and operated outside of its formal structures.

These recruits were sent for training in a “foreign” country and on their return were issued with firearms and deployed to all provinces.

In 2012, Dlomo was appointed as the powerful head of the Special Operations Unit, and according to evidence, reported directly and exclusively to the president.

Members recruited by Dlomo who had been interviewed by investigators had also all confirmed that the unit reported to Dlomo, who reported to “the executive”.

While recruits had not signed contracts with the SSA, they were nevertheless issued with firearms by the agency.

Some of the firearms were later recovered but many have not been. The SSA also issued the “co-workers”, as they were termed, with ammunition.

However, bullets later recovered by Project Veza investigators revealed that the firepower returned had not been SSA-issue and had come from elsewhere.

Project Veza was tasked with investigating allegations of irregularities and criminality at the SSA between 2012 and 2018.

Ms K, who has received threats, testified virtually from an undisclosed venue, and told the commission that Dlomo’s unit was effectively a private force which operated outside the structures of the SSA.

This was justified by those pushing for it, she said, after claims that Zuma had been “vulnerable to all kinds of threat”, including “the media”. However, no evidence to back up this claim was found.

Zuma’s centralisation of intelligence services not only widened the mandate of the SSA but also usurped the functions of the SAPS with regard to VIP protection, and the South African Military Health Service with regard to the health of the president, the commission heard.

Ms K testified to various projects funded by the SSA, including the Protect Luthuli House campaign, which had involved accommodating and feeding  MKVA veterans bussed in to demonstrate a show of force in support of Zuma.

Project Veza found “exponential overspending” on Dlomo’s watch, which, it later emerged, included money splurged on the recruitment of private toxicologists at an initial cost of R500,000 a month, leaping to R1.5-million a month.

Two toxicologists and two assistants were trained in a “foreign country” and the private unit was situated in a house in Waterkloof, Pretoria, said Ms K. The unit was established after allegations that Zuma had been poisoned in 2014.

Earlier this week the commission heard that the then minister of state security, David Mahlobo, had spearheaded Project Tin Roof and had secured R5.1-million from the SSA to procure a “safe house” for one of Zuma’s wives, MaNtuli who had been accused of trying to kill her husband.

In 2017, Mokwena, who was a friend of first lady Thobeka Zuma (now estranged from Jacob Zuma and seeking divorce), was acquitted on charges of fraud, corruption and money laundering in relation to SARS training and research tenders.

The commission heard that the president’s wife had been excommunicated from the presidential homestead at Nkandla and had been “kept against her will” at the “safe house”. The National Prosecuting Authority later found no evidence that MaNtuli poisoned Zuma and declined to prosecute.

The toxicologist programme had been facilitated by SSA operative Mandisa Mokwena, the commission heard, who had allowed a company she had registered to be used for the “large amounts of cash” that needed to be pumped into the project.

In 2017, Mokwena, who was a friend of first lady Thobeka Zuma (now estranged from Jacob Zuma and seeking divorce), was acquitted on charges of fraud, corruption and money laundering in relation to SARS training and research tenders.

Mokwena’s defence was that money paid into her bank account was actually payment from the SSA and not kickbacks. And this while she worked in a high-powered and trusted position at SARS while the institution was under attack and while allegations of a “rogue unit” began to appear in the media.

In the end, the only evidence the highly paid toxicologists found that might pose a threat to Zuma were a few expired soft drinks in a pantry at Nkandla, the commission was told.

The probe by Project Veza investigators was prompted, Zondo heard, by the discovery of documents found in a walk-in safe at the SSA headquarters at Musanda in Pretoria.

Ms K testified to various projects funded by the SSA, including the Protect Luthuli House campaign, which had involved accommodating and feeding  MKVA veterans bussed in to demonstrate a show of force in support of Zuma.

Earlier in the day, advocate Rapulane Kgoroeadira, for Fraser, objected to testimony by the SSA Acting Director-General, Loyiso Jafta, on 26 January, that R9-billion in SSA fixed assets could not be located or accounted for.

Kgoroeadira told the commission that it was the first time Fraser had learnt that such a large amount had been unaccounted for on his watch and that Jafta should have raised this with Fraser.

“We have since established that no assets to the amount of R9-billion are unaccounted for,” said Kgoroeadira.

Evidence leader Paul Pretorius said Fraser would be free to raise all objections when he is cross-examined.

The commission will continue to hear testimony from Ms K on Thursday 28 January. DM