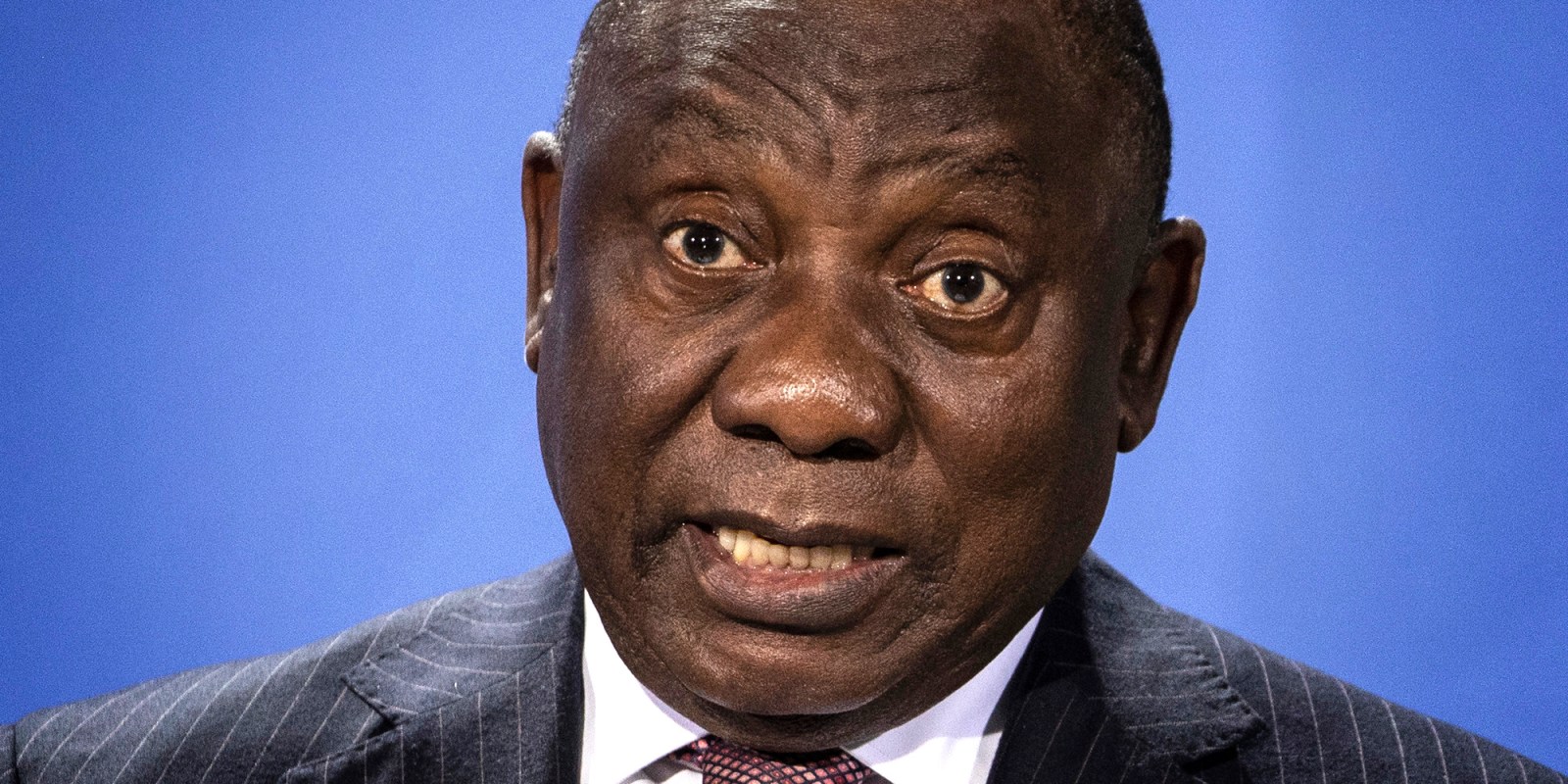 President Cyril Ramaphosa outlined a rough draft for ‘economic reconstruction and recovery’ in a political overview presented to an ANC lekgotla. It is a mishmash of stale buzzwords and unrealistic goals, which admits that people are losing trust in the government.

ANC policy documents, proposals and outlines are becoming increasingly threadbare, repetitive and disconnected from the awful realities that are in many cases the governing party’s own creation.

So it is with the economic policies mooted in the political overview the president presented to the National Executive Committee’s lekgotla, which winds up on Monday.

Under the heading “Economic Construction and Recovery”, the document notes that because of the economic damage wreaked by the pandemic: “In several advanced economies, there has been a shift from a conservative, neo- liberal approach towards the encouragement of fiscal spending, alongside a move from debt fears to a preference for overheating.”

This is certainly true, with an emphasis on the adjective “advanced”. Such economies can generally afford to take this approach because they are advanced, affluent, industrialised or what have you. They typically (though not in all cases) have investment-grade credit ratings, which reduce borrowing costs.

Their workforces tend to be well-educated and highly skilled, reflecting a large middle class that pays taxes, providing significant revenue to the state, which in turn often provides quality services.

Poverty and inequality certainly exist in developed economies and may be on the increase, giving rise to Trump-style populism. But unemployment rates are mostly single-digit, inflation is low, and consumer credit is ultracheap. And even where economic growth is sluggish, it tends to outpace population growth.

Moving to specific South African trends, the overview goes on to say that:

“There is a demand for the government to do more to alleviate unemployment and poverty, which remain unacceptably high,” while noting that: “There is rising mistrust in government.”

So a government which people increasingly mistrust – because of its many policy and delivery failures, corruption and incompetence – must do more. This is like saying something along the lines of, “If you thought we effed things up to this point, you ain’t seen nothing yet!”

But more of what exactly must the government do to turn the tide?

For starters, the overview says, “There is a significant demand for instituting the Basic Income Grant.”

That is all well and good and there has been plenty of debate around the issue. The need for such a measure is clearly there, but is this government capable of delivering it?

The overview then presents a wish list, much of it redundant and probably unaffordable. It says “consideration must be given to” the initiatives such as “a significant expansion of public and social employment” and income support for the unemployed.

So the government must put the masses to work in make-work projects. We then plunge down the rabbit hole of the “developmental state”, one of the favoured buzzwords of ANC mandarins.

Under the heading “Building a Capable Developmental State”, it at least admits that things are not what they should be in Wonderland.

“We are painfully aware of the risks inherent in having a state machinery that does not respond effectively to the needs of the citizenry. The breakdown, delays and mismanagement of many critical services and programmes, as well as the corruption, stand as testament to the denuding of state capacity.”

To rectify this failing state of affairs, or a state that is neither capable nor “developmental” – which is largely a reflection of ANC mismanagement, patronage and outright looting, but never mind – we get zingers like this:

So the ANC that created this mess is going to turn it around and miraculously, cadres and cronies will start working for the greater good rather than for self-enrichment. There is also half-baked talk of the “eventual implementation of the National Health Insurance”, or NHI, which this incapable and non-developing state is clearly not equipped to administer, even if the goal is laudable.

Amid all this talk of intervention by a suddenly rejuvenated state, there are reforms sprinkled in that are aimed at business and investors that actually mentioned the word “growth” – which means economic growth.

“These interventions,” it intones, “need to be packaged together with other key measures to stimulate growth. These could include: Acceleration of further structural reforms to stimulate competition, reduce input costs and expand the country’s productive capacity. A reduction in the bureaucratic red tape that constrains the growth of businesses, particularly for SMMEs and informal businesses. Support for new industries that have high potential for growth and employment, such as cannabis/hemp, renewable energy, global business services and the hydrogen economy.”

The problem with all of this is that the Presidency has been banging on about these reforms for years, yet almost nothing gets done. Yes, constraints on self-generation projects have been lifted and SAA is getting a shot of private equity. But “structural reform” remains a buzzword, thrown around with abandon but no substance.

“This tells us the inner tensions the president has on his policy priorities. For instance I think most people don’t understand that he backs big and social security reform whilst also trying simultaneously to be a moderate fiscal conservative,” Intellidex analyst Peter Attard Montalto told Business Maverick.

The bottom line is that a government that people have lost faith in wants to do more. What could go wrong? DM/BM