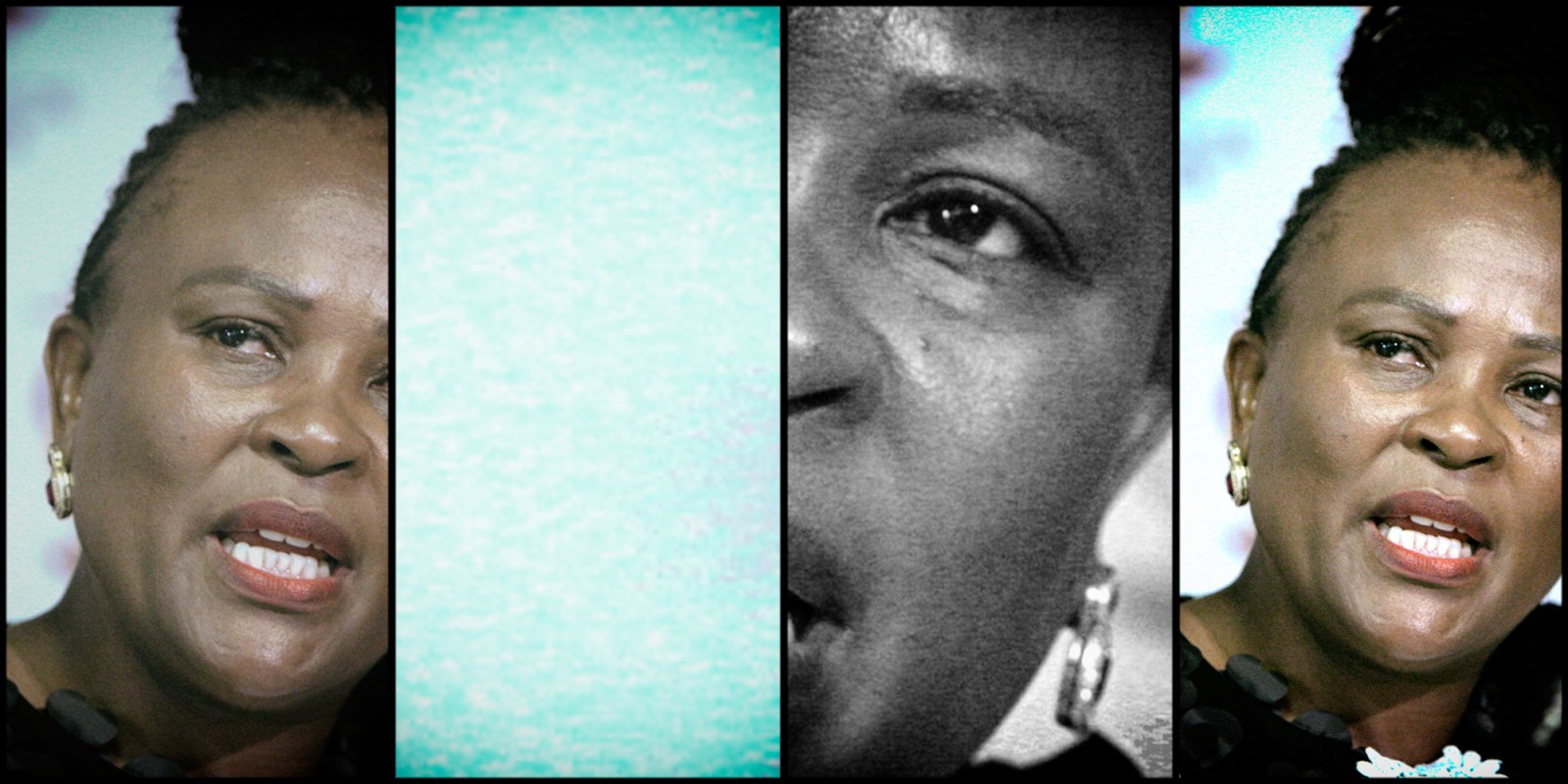 It is unclear why Public Protector Busisiwe Mkhwebane and her lawyers decided to ask the Constitutional Court to rescind its recent judgment setting aside one of her reports, given that the application relies on false claims and contradicts an admission previously made under oath by the Public Protector herself. Does it reflect disdain for the Constitutional Court in some legal circles, and for the overriding ethical duty of lawyers not to mislead the court?

It is a truth universally acknowledged that any criticism of Public Protector Busisiwe Mkhwebane will be denounced by her die-hard supporters without them having read the criticism and without them attempting to engage with either the incontrovertible facts or the reasoned arguments provided by the critic. If Gustave Flaubert was correct when he said, “to think is to suffer”, their behaviour could perhaps best be interpreted as a superhuman effort to avoid any suffering.

To be fair, it cannot be easy to defend some of the actions of the Public Protector, who has been found to be dishonest and incompetent by various courts — including the Constitutional Court — in a series of scathing judgments in which various of her reports were reviewed and set aside.

Chief Justice Mogoeng Mogoeng, seemingly nursing his own persecution complex, did attempt a defence of sorts in his recent dissenting judgment in Public Protector and Others v President of the Republic of South Africa and Others, but only by making the astonishing claim that it “does not really matter” that the Public Protector relied on the wrong legislation, that had nothing to do with money laundering, to find that there was a reasonable suspicion that President Cyril Ramaphosa was guilty of money laundering.

As the vast majority of ordinary, relatively informed citizens — the kind who might actually consider reading an analysis like this — are well aware of the shortcomings of the Public Protector, another column highlighting the bizarre arguments advanced in the Public Protector’s recent application for a rescission of the Constitutional Court judgment mentioned above, might seem like overkill. But as I worry that this particular rescission application might be a symptom of a larger problem relating to the emerging unpredictability and uneven quality of judgments emanating from the Constitutional Court, and the decline in ethical standards within the legal profession in our current post-truth environment, I decided to explore the matter here.

The Public Protector’s rescission application targets the finding of the Constitutional Court that the Public Protector had “seriously misconstrued” section 2(3)(a) of the Executive Members’ Ethics Code when she claimed the section prohibited members of the executive from “deliberately or inadvertently” misleading the legislature, when the code in fact prohibits members of the executive from “wilfully” misleading the legislature.

The rescission application contends that the Constitutional Court wrongly relied on the version of the code adopted in 2000 which was, so it is claimed, repealed and/or amended by a new version adopted in 2007, which was “endorsed” by the Constitutional Court when it referenced the document in which the “new” version occurred in a footnote in its Nkandla judgment. The “new version” of the code was added to the Ministerial Handbook in 2007, but no one knows why this version contained wording not found in the legally binding code or how it came to be included in the handbook.

There are three serious problems with this contention. First, the claim is demonstrably false as the 2000 version of the code has not been repealed or amended. Section 2(1) of the Executive Members’ Ethics Act requires that any repeal, replacement or amendment of the code must be done via a proclamation by the president in the Government Gazette, but only after the president had consulted with Parliament on the matter.

As the president had not consulted Parliament on the “new” version of the code printed in the Ministerial Handbook, and as the “new” wording was never gazetted, the Ministerial Handbook version has no legal effect. Relying on the “new” version of the code would be like recognising as “legislation” a text that was never passed by Parliament and never became legislation, merely because the text was printed in a glossy government brochure.

(It should be noted that the Public Protector quoted three different versions of the section of the code in her report, one of the three — in paragraph 5.1.9 of the report — actually being the correct wording contained in the official 2000 code, suggesting — at best — that the report was not properly edited.)

Second, to the extent that the rescission application relies on the fact that the Ministerial Handbook was referenced in a footnote by the Constitutional Court in the Nkandla judgment, the argument is a legal absurdity. On the correct facts as set out above, the logic goes something like this: the Constitutional Court is bound by its (mistaken) reference to the Ministerial Handbook in a footnote in the Nkandla judgment because of the system of precedent. Although it referenced the correct code in its recent judgment, this in itself is an error that should be corrected by the court by undoing its correction of the error and endorsing its previous error instead. (If your head is spinning after reading this paragraph, you are not the only one.)

The third and most worrying aspect of the rescission application is that the Public Protector had admitted on 14 November 2019, in an affidavit to the high court in this matter, that the 2000 version is the correct and binding version of the code, stating as follows:

To makes things worse, on 16 November 2019 — two days after the admission mentioned above — the Public Protector submitted another affidavit in a different case (relating to her report on Pravin Gordhan) in which she completely contradicted her 14 November admission by accusing another judge of “deliberately omitting” the words in the code she had two days previously admitted never formed part of the code. The Public Protector thus flatly contradicted herself, on oath, in two affidavits made on 14 and 16 November 2019. Responding to the current rescission application, the president’s lawyer summarised the problem as follows:

What interests me here is not so much the weakness of the legal arguments or the cynicism of the entire exercise, but the reasons why the Public Protector and her lawyers may have thought it would be worthwhile to try their luck with the Constitutional Court when they must have known it would require them to advance clearly false claims, and that it might further embarrass the Public Protector because she had previously admitted as much when she conceded the version of the code they were relying on had no legal standing.

I guess the fact that the Constitutional Court had agreed to hear the rescission application in the Jacob Zuma contempt of court matter, despite the fact that it was an appeal masquerading as a rescission application and should therefore never have been entertained, may have played a role in this decision. Chief Justice Mogoeng’s intemperate dissenting judgment in the case (not that different in tone from the dissenting judgment in the Zuma case) may also have given them hope that they would at least get a hearing from the court. The unfortunate trend of some lawyers to act contemptuously of some judges before whom they appear, and to ignore their overriding ethical duty not to mislead the court, should also be considered in this case.

I also fret about what applications like this may suggest more broadly about the possible lack of esteem in which the Constitutional Court is now being held in certain legal circles. In the light of the uneven quality of the legal reasoning in some recent Constitutional Court judgments, various mishaps of the court — including having to correct no fewer than six mistakes in its recent hate speech judgment — and the recent unsubstantiated politically motivated attacks on the court, I worry that the authority and legitimacy of the court are being eroded.

It is therefore important that the Constitutional Court declines to entertain the fundamentally dishonest rescission application of the Public Protector. I worry that the court may already have damaged its standing by entertaining Zuma’s rescission application. The fact that some of the questions from the bench during oral argument in the Zuma rescission matter seemed to be aimed more at criticising fellow judges than at probing the arguments presented before them, did not help either.

When the Constitutional Court agrees to hear applications of this kind when it has a discretion not to, it may inadvertently be sending a signal that “anything goes” — that it would hear any applications brought by politically significant litigants no matter how weak, or, worse, that the court lacks confidence in the correctness of its own judgments.

I can only hope the court will not agree to hear this matter, but I unfortunately am not sufficiently confident to predict with absolute certainty that it will not. DM