Concourt to decide if cash-strapped government can refu...

ConCourt: Dispute over public sector salary increases could reverberate through the private sector 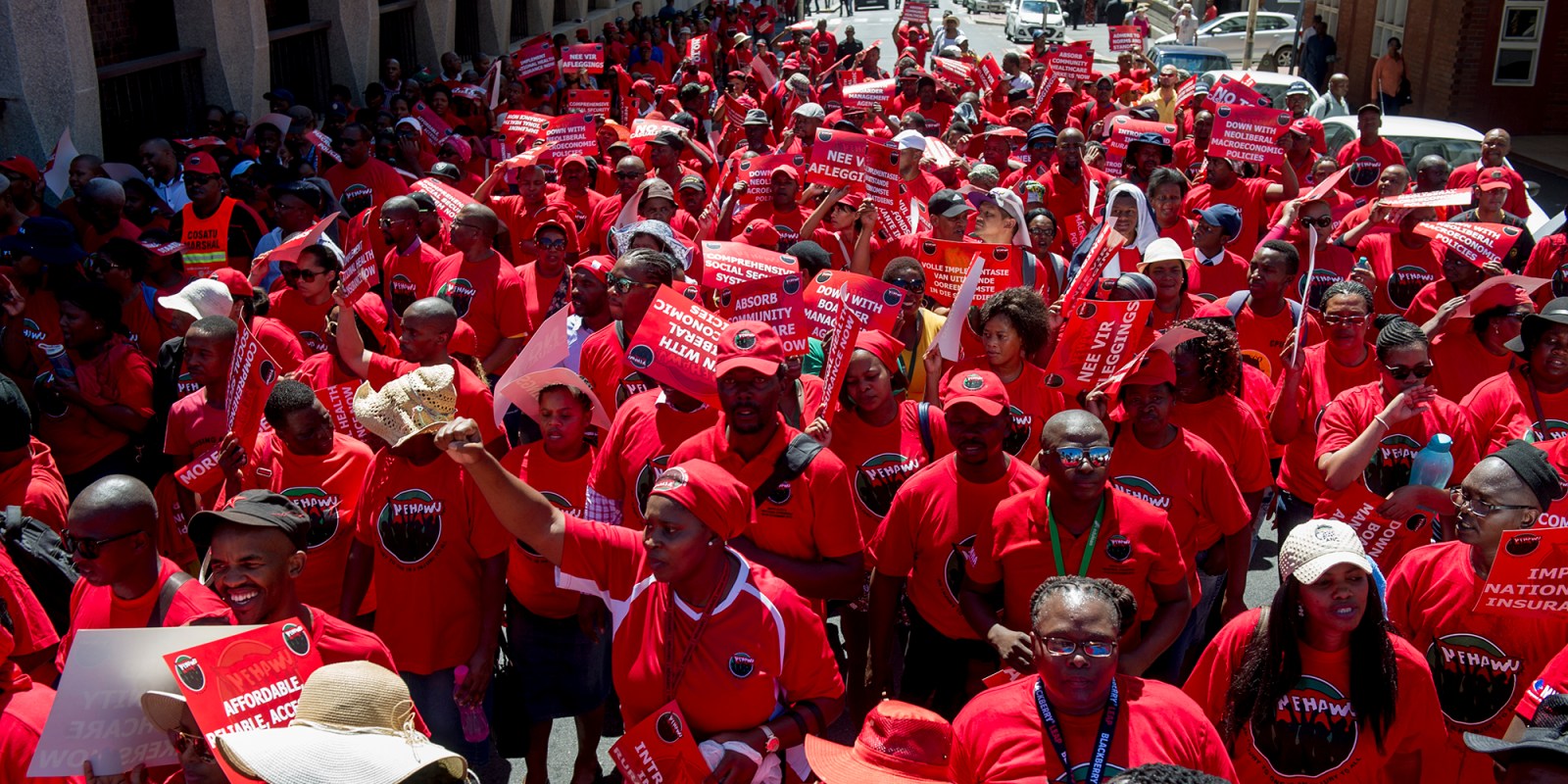 The dispute over salary increases for public servants has reached the Constitutional Court’s doorstep. The case will arguably have major implications for future collective bargaining processes and how contracts are negotiated between employers and employees in SA’s labour market.

Can the government refuse to comply with the last leg of a three-year salary increase agreement because public finances have deteriorated?

This is one of the main questions that the Constitutional Court will try to answer as trade unions representing public servants have dragged the government to the apex court over salary increases that the government has refused to implement.

The lower court – the Labour Appeal Court – handed the government a big victory in December 2020, ruling that it doesn’t have to pay out inflation-beating salary increases to SA’s 1.3 million public servants because it can no longer afford to do so.

In 2018, the government and trade unions signed a salary increase agreement that spans three years at the Public Service Coordinating Bargaining Council, where the terms of employment in the public sector are negotiated. The government complied with the agreement for two years but reneged on it by the third year because it wanted to cut ballooning state expenditure and debt.

The last leg of the three-year agreement would have afforded public servants in low to mid income categories – such as teachers, nurses, and police officers – salary increases of consumer inflation plus 1% in 2020, which works out to about 8%.

The National Treasury estimated that implementing these salary increases would cost the fiscus an additional R37.8-billion – over and above the R639-billion it had already allocated to compensate public servants during the 2020/21 financial year.

The Labour Appeal Court ruled that the last leg of the salary increase agreement was invalid and contravened sections 78 and 79 of the Public Services Act, which requires the government to enter into collective agreements only if it can afford to do so.

The court also found that the cost of implementing salary increases could not be covered from the budget of the Department of Public Service and Administration, which is the employer in the state. It further found that there was no written commitment from the Treasury to provide additional funds for the implementation of salary increases.

So, this paved the way for the government to walk away from the agreement.

The case will arguably have major implications for future collective bargaining processes and how contracts are negotiated between employers and employees. A ruling by the Constitutional Court on whether to uphold the earlier court’s ruling or overturn it will also reverberate in the private sector. A win by the government could also embolden employers in the private sector to walk away from collective agreements if their financial or economic circumstances change.

But the impact will immediately be felt in the public sector. From September 2021, the government and trade unions will start salary negotiations for 2022. A Constitutional Court ruling could help the government double down on not awarding salary increases or push trade unions to negotiate hard for cost-of-living salary adjustments.

SA’s trade union movement is angry, arguing at the start of the Constitutional Court hearing on Tuesday that the salary increase agreement is akin to a contract and is binding on the government.

Advocate William Mokhari, acting for Nehawu, argued that the agreement should be viewed through the Labour Relations Act and Section 23 of the Constitution, which both protect the rights of workers and promote fair labour practices and the collective bargaining process.

Mokhari also questioned why the government had complied with the agreement for two years, if it was unaffordable, only to reject it by the third year. “The moment the agreement was signed, it was binding. The government cannot be allowed to simply walk away from it.”

The unions believe that public servants are still owed salary increases under the last leg of the agreement.  If the top court rules in the favour of unions, advocate Ngwako Maenetje, acting for Cosatu, Popcru and Denosa, has proposed that all parties should negotiate and find ways to remedy outstanding salary increases. “This is important for accountability,” he said.

The Treasury has argued that it had demonstrated as early as 2018, when Malusi Gigaba was the minister of finance, that the salary increase agreement was unaffordable. At the time, Gigaba said no additional funding could be made available to fund the last leg of the agreement and proposed that 19,000 public servants should retire to free up R12-billion in additional resources. DM/BM