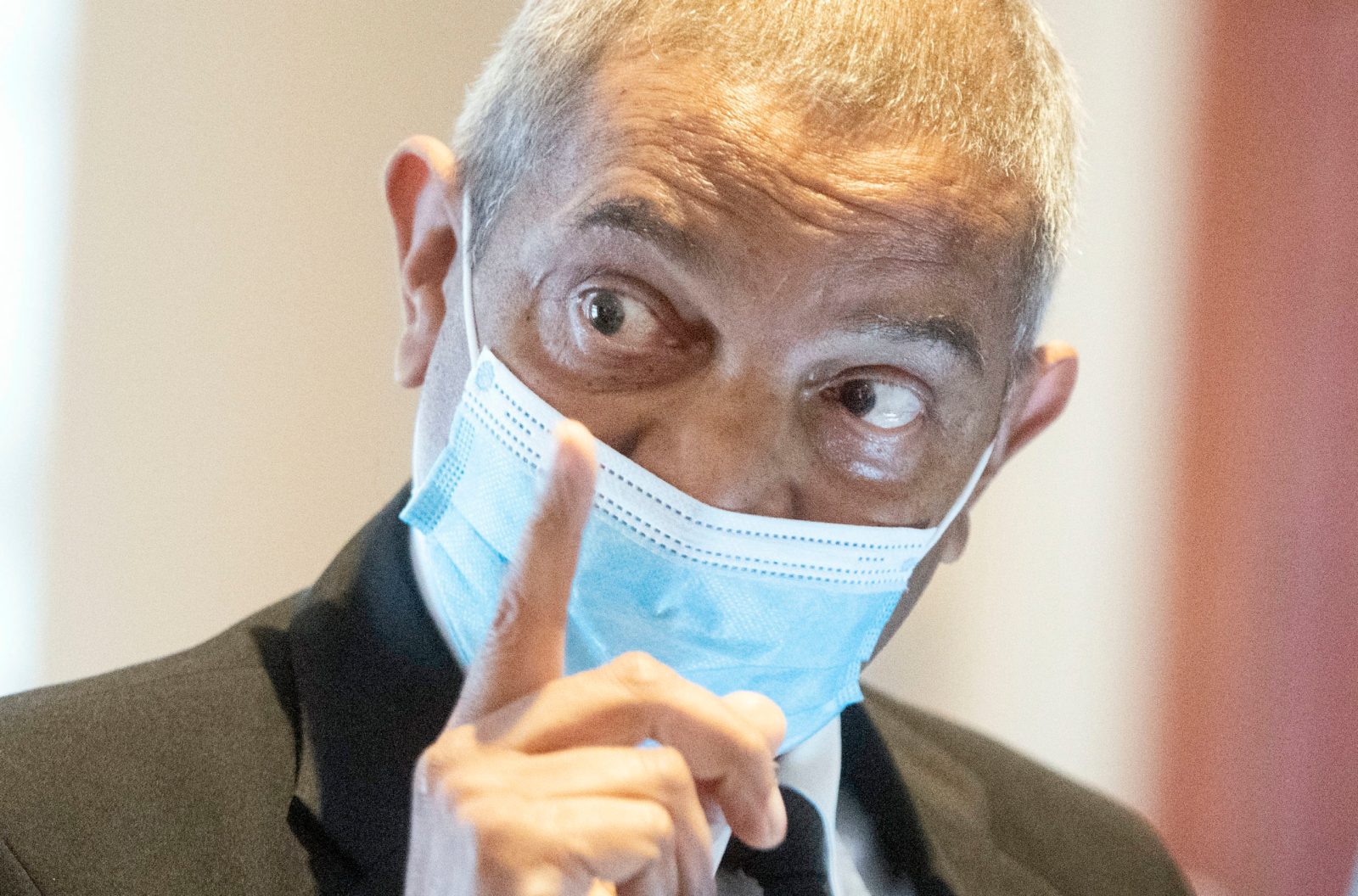 To understand the beginning, it is best to introduce Jeremy Vearey as he himself steps forward in the final chapter of his recently published ‘Into Dark Water – A Police Memoir’.

Here we see neither the slightly built major-general (now former) of the headlines nor the man who went in search of the rare Karoo riverine rabbit. It is not the law enforcement officer who, like so many who choose this career path, kept company with too much Tennessee whiskey when the world got ugly.

For now he might be in the news for staring down a suspension for a Facebook post about his employer in which he used the expression “moer hulle”. This has seen him unpack the meaning of the common exhortation at a Safety and Security Sectoral Bargaining Council hearing.

But this is not who is on the pages.

The final chapter of this rara avis of a memoir packed with skop, skiet, donner and heartache, peppered with literary, political and philosophical musings and buoyed by delicate dead-pan humour is where Vearey introduces himself.

It is titled Coming Home to Me.

Of assassinated Anti-Gang Unit detective, Charl Kinnear, Vearey muses that unlike his long-time colleague and mentee, “I am still alive and able to choose who I live and die as. Soldier, revolutionary, police officer?”

The man we meet in the final pages who has served in the SA Police Service (SAPS) for 25 years, not without controversy but with considerable success and distinction (he has eight unpacked medals in a brown envelope), wears “kabuki masks that I put on to protect and serve the greater good.

“They are not me. I am a father, husband, brother and friend; selves whose jetsam I now choose to salvage.”

It is best to let the writer wield his second language, English, with the same dexterity he does the Afrikaaps of his heart and tongue.

“I know my shadows now, I can see my light down there in my abyss. It beckons deep in the dark water of my wellspring. I now dance with my shadows.”

While Into Dark Water might appear a straight-up police memoir, in this instance the personal and the political are inexorably linked in the life and times of Jeremy Vearey – as readers of his award-winning memoir, Jeremy Vannie Elsies, will know all too well.

Here Vearey introduces himself to his English readers, situating his ground zero:

“I am Jeremy Vearey from the working-class wasteland of Elsies River on the outskirts of bourgeois Cape Town: ex-guerilla, or ex-terrorist, ex-political prisoner or ex-convict from Robben Island, African or coloured, revolutionary or rogue – whatever tickles your binaries.”

This is a man who has made peace with himself, he says as much, so think of him what you like.

It is rare that a police chief comes with such breadth and depth of knowledge, knowhow and commitment as well as the capacity to think strategically and holistically. And he is a scholar above it all. Of political theory, of philosophy, of cosmologies, of the methods of war.

It is also not every top cop who not only gets the nod from one of the world’s best-selling crime writers, Deon Meyer, for his police work but also for the layered depth of his writing.

In a review published in Rapport, the creator of legendary cop Bennie Griesel highlighted the reference to iconic Afrikaans writer, naturalist, poet, philosopher and junkie Eugene Marais in the title of Vearey’s book.

Carel van der Merwe’s biography of Marais, Donker Stroom (2015), was based on a description by Marais to his friend, the historian and writer Gustav Preller, of the “dark stream” that is part of life’s memories and experiences.

The opening lines of Into Dark Water set the tone for Part 1: “I have always preferred knives to guns – from the Okapi flick knife of my youth with which I prowled Elsies River in the late 1970s to the more combative Shenanigan I wear today.”

Vearey’s memoir is a quartet of interlinking narratives, from his beginnings as a school teacher in the politically explosive 1980s, to his underground work with the ANC to his fraught integration into SA’s first democratic police service.

There are stories of ruthless criminals, tragic and brutal child killings, of communities left to fend for themselves caught in the crossfire of ongoing gang war. There are accounts of cut-throat skulduggery from fellow cops and run-ins with cunning and ruthless gangsters.

But this is also a portrait of a man, a passionate law enforcement officer, seeking to create a “people-centred” ethos in a service accustomed to torture, the extraction of confessions and unaccountable corruption.

Vearey has been in the thick of the systemic breakdown of the SAPS as a functional body, but he has also been part of some of its biggest successes, taking down gang leaders, and apprehending rotten cops selling guns to gangsters.

Those who know and enjoy Vearey, winner of the not insubstantial kykNET-Rapport prize for non-fiction with its R250,000 winnings, have encountered the raconteur, the teacher, the strategist, the seeker.

He is here again, alive and in full-flight taking the reader along with him, ducking bullets, swigging whiskey, patrolling the streets, witnessing close-up the devastation of crime.

On a trip to Germany for training, Vearey’s humour creeps through in a story of how impressed he was by the flavour of orange juice served on the plane.

“On the plane there, the squeezed orange juice tasted refreshingly different: sweet, tangy and organic. I complimented the flight attendant”, who replied: “We only use oranges from South Africa.”

Buying a gift for Bernice, Vearey’s wife and mother of their two sons, he selects what is uppermost in his imagination. At Checkpoint Charlie he bought “clothes for my wife, two T-shirts with petrol bomb motifs, and man bags for my sons”.

The cost of his work to Vearey and his family is captured in an acknowledgement, also in the final chapter, of what has been sacrificed for the job.

“It pains me that the starkest memories of home are the birth of my sons, not their passage to adulthood; my marriage near divorce with Bernice, not our partnership. I had become like my father, often absent when present.”

Of his beloved Bernice, Vearey writes “She was never the passive, long-suffering breeder that my life tried to make her before 16 June 2011, the day Jack Daniels died.

“She made a personal political decision. I realise now she left a choice executive career to be at home in order that we could work on new terms. This trade-off for her actually subsidised the cost of my life outside the family.”

Vearey has a long career ahead of him, whether in the SAPS should he ever return, or as a writer and scholar.

After all the adventure, pain, pleasure, gore and guts, Vearey closes with “Now I shall swim slowly through my night, home to my family, home to me.” DM

Join Marianne Thamm and Jeremy Vearey at noon on Thursday, 26 August 2021, for the webinar launch of “Into Dark Water – A Police Memoir”. Register here.