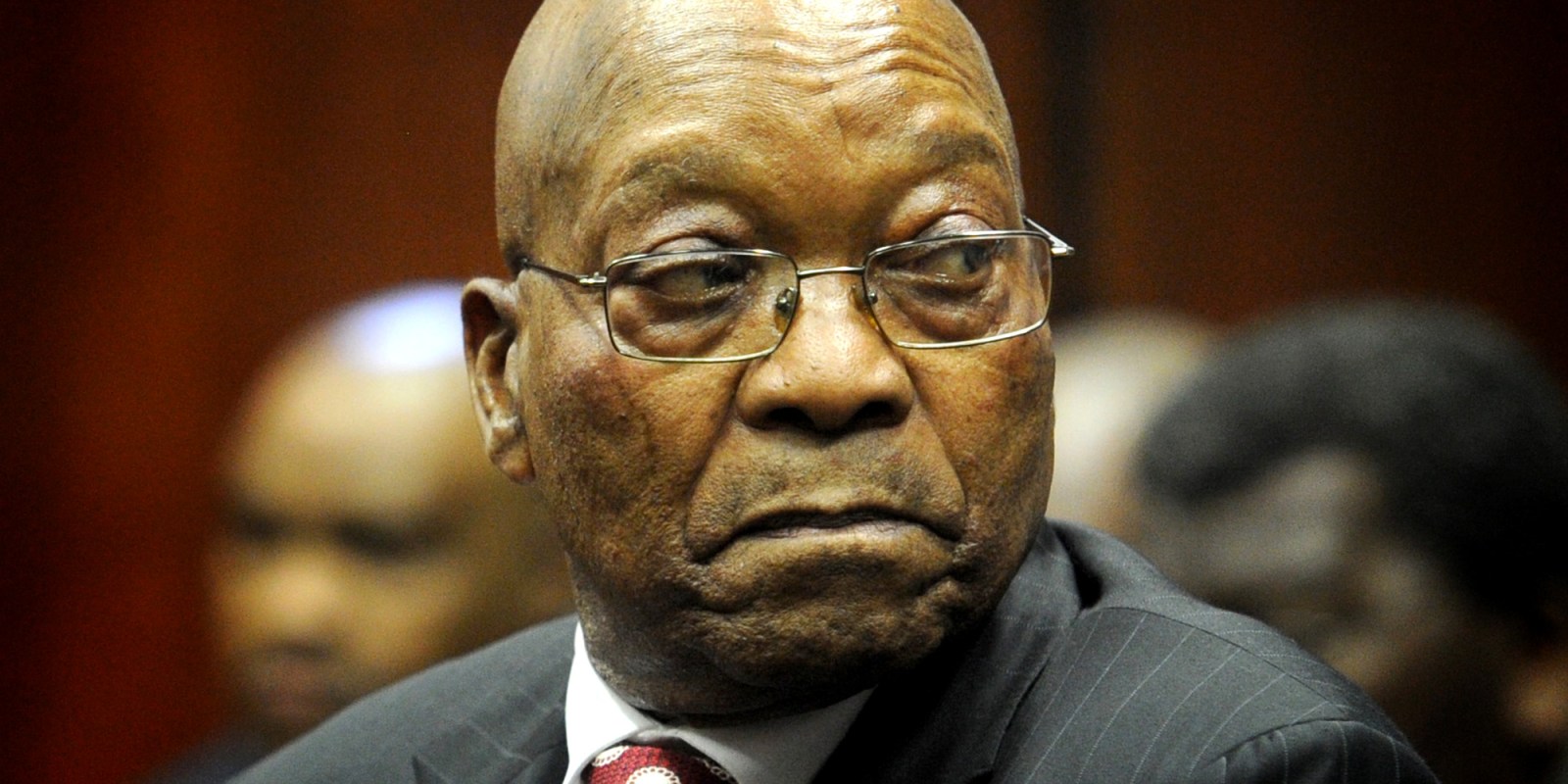 The former president’s Arms Deal corruption trial is stalled yet again by agreement on a virtual hearing due to Zuma’s treatment for an undisclosed ailment.

Dianne Hawker is a news editor at Newzroom Afrika and has been a legal journalist for more than 15 years.

If the Jacob Zuma trial were to have a motto, it would most likely be “hurry up and wait”. The case will face another postponement on Tuesday, 10 August, as the former president receives treatment for an undisclosed illness.

The prosecution, Zuma’s lawyers and those representing Thales have agreed that Tuesday’s hearing should be heard virtually to allow the court to hear the latest postponement application.

“I can confirm that tomorrow Mr Zuma’s legal team will make a substantive application for a postponement virtually. It’s unfortunate that there will be a postponement as our team is ready to argue the special plea as planned but these are circumstances beyond our control,” NPA spokesman Mthunzi Mhaga said on Monday.

Judge Piet Koen issued a directive on Monday that the court’s IT staff set up a virtual hearing. “I have today at 10h26 received an email from Mr Downer SC, copied to the addressees of this email, advising that Mr Zuma remains admitted in a health facility outside the Estcourt Correctional Centre following his hospitalisation late last week. He will accordingly not be able to attend court tomorrow,” Judge Koen says.

“If, on the postponed date, Mr Zuma applies for a further postponement, his application shall be supported by the viva voce [oral] evidence of a medical practitioner treating him, who may be cross-examined by the State, and the State may adduce rebutting viva voce evidence, either there and then, or at an adjourned hearing,” Judge Koen said.

The court has asked the parties to agree on the next court date, “which shall be within a reasonably short period depending on the availability of all concerned”.

The court was due to hear Zuma’s special plea application to have prosecutor Billy Downer removed from the case. Zuma is arguing that Downer should be removed from the case and the entire case should be dismissed. He is also challenging Downer’s fitness to prosecute in terms of section 106 of the Criminal Procedure Act.

The Zuma team argues that Downer has acted with bias against Zuma in the handling of the prosecution, citing the lengthy background of the court case, which has taken more than a decade to go to court. In particular, the Zuma legal team wants the court to examine Downer’s conduct in the NPA’s initial decision not to prosecute Zuma and the court’s subsequent rulings on the decision.

“Simply put, Downer does not deny that [former NPA head Bulelani] Ngcuka’s decision not to charge Mr Zuma was largely for political reasons — based on his position as deputy president of the ANC and the country. He says that he warned all the NDPPs about these political factors influencing the prosecuting decisions. Downer does not deny that Ngcuka’s decision not to issue warrants to conduct a search of Mr Zuma’s premises at the same time that such searches were conducted at Shaik’s premises was for political reasons. Downer knew that Ngcuka had political interests which essentially powered his prosecutorial decisions,” Zuma’s team says in its heads of argument.

Meanwhile, the NPA is set to argue that Downer’s conduct has not broken any prosecutorial rules and that Zuma is using this special plea as a delaying tactic.

“On the contrary, as Mr Downer explains in his answering affidavit, his view and that of the prosecution team has always been that Mr Zuma should have been charged together with Mr [Schabir] Shaik and they said as much in their memorandum to the NDPP on 21 August 2003 [something which  Mr Zuma himself acknowledges elsewhere in his plea explanation]. Indeed, when announcing his decision on 23 August 2003, Mr Ngcuka, to his credit, said: ‘The investigating team recommended that we institute a prosecution against Deputy President Zuma’,” the NPA has said in court papers.