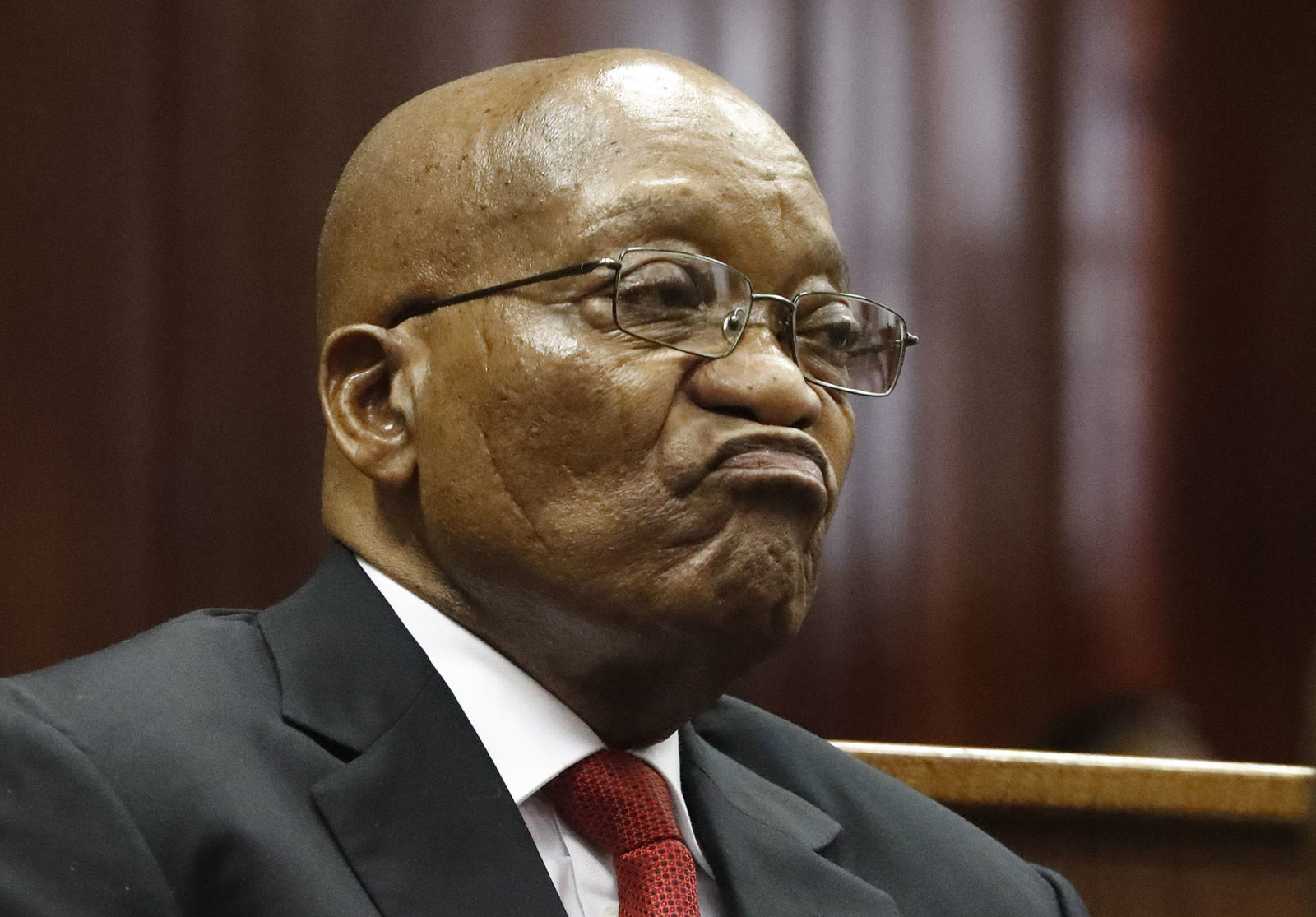 Day one of Jacob Zuma’s corruption trial stalled on Monday with the former president fighting for the recusal of Billy Downer as lead prosecutor. His legal team subsequently submitted a 141-page document that outlines his special plea explanation. This is not the first time Zuma has sought to have the veteran prosecutor removed from a case that is almost 20 years in the making.

Criminally charged former president Jacob Zuma has accused the state’s lead prosecutor in the arms deal graft trial — advocate Billy Downer — of lacking “independence and impartiality” and therefore being unable to conduct a “lawful prosecution” that will uphold his constitutional rights to a fair trial.

Zuma says that the veteran prosecutor has “wittingly or unwittingly turned the prosecution into a personal legacy project of his own rather than a pursuit for justice based on an impartial and independent mind”.

Zuma further says in his plea explanation that, should he be successful in having Downer removed from the trial, he would be entitled to an acquittal in terms of section 106 (4) of the Criminal Procedure Act “on the basis that no fair trial may be conducted under the circumstance set out in the plea explanation”.

The protracted matter finally came to trial this week but court proceedings were brief, as the former president made known his intention to submit the special plea challenging Downer’s prosecutorial fitness.

“[T]here are facts and circumstances that give me reasonable apprehension that Mr Downer SC has conducted himself in a manner that lacks the independence and impartiality that is necessary for a lawful prosecution,” he says in the 141-page document.

The former president’s legal team told the Pietermaritzburg high court on Monday — day one of the trial involving Zuma and French arms company Thales — that Zuma would be entering the special plea in terms of Section 106 (I)(h) and 106(4) of the Criminal Procedure Act, seeking that Downer be removed.

Zuma says in his explanation that Downer has had a role as an “essential witness” in determining if there was political interference in the decision to have him prosecuted.

The former president has, since he was first implicated almost two decades ago, maintained that he is a victim of political interference and persecution involving illicit intelligence gathering — including intercepted conversations known as the “spy tapes” — to ensure that he was politically maligned.

To illustrate Downer’s alleged bias, and why he is an “essential witness” Zuma uses the example of the veteran prosecutor filing an affidavit in support of a Democratic Alliance application challenging the 2009 decision to drop the 783 graft charges (since revised to 791) he is facing.

The decision was taken by then acting prosecutions boss Mokotedi Mpshe on the advice of prosecutor Willie Hofmeyr.

(It must be noted that the Supreme Court of Appeal in 2017 upheld a high court decision that Mpshe’s decision to drop the charges was “irrational”.)

In his affidavit, Zuma argues that Downer was “acutely aware” at the time of the DA’s application that the official opposition was “hostile towards me” and wanted his prosecution “at all costs”.

Downer being at odds with Mpshe’s decision as acting head of the NPA “over whether political and unlawful intelligence interference in my prosecution justified a termination of my prosecution, creates a conflict of interest the nature of which breached the requirements of independence and impartiality as set out in numerous statutes,” says Zuma.

He goes on to accuse Downer of belonging “to the group of people in the NPA that [believe] political interference in a prosecution should be tolerated or even accepted”. This was in contrast to Mpshe and Hofmeyr “who belong to a group in the NPA who believe there should be no room for political interference in a prosecutor’s decision to prosecute”.

Zuma also hammers the media in his affidavit, in which he says he has a transcript of Downer and AmaBhungane investigative journalist Sam Sole planning to meet. “The full extent of his interaction with a journalist who churned out very defamatory stories about my prosecution is still unknown”. (*See statement link below)

“This conduct was not properly investigated as no one appears to have been held liable for these damaging leaks. There is prima facie evidence based on these transcripts of recorded conversations between Mr Downer and Sam Sole which give me an inescapable impression that Mr Downer gave Sam Sole information for some of the articles he wrote.”

Zuma further says that Downer’s strong public views on his prosecution had “galvanised the political campaign for my prosecution irrespective of the clear and unacceptable violations”.

He also draws on “information” that he has “come across” during his trial preparations, which he says suggests that his prosecution is of “special interest” to foreign intelligence agencies.

Zuma is accused of receiving 791 payments, totalling R4.1-million, between 1995 and 2004 from his former financial advisor/economic advisor Schabir Shaik and Shaik’s companies, to help Thales, accused number two, secure lucrative defence contracts from the government as part of the country’s multi-billion rand 1999 armaments deal.

The trial will continue in the Pietermaritzburg high court on Wednesday, 26 May 2021. DM

In an analysis under the headline “Nothing but Zuma’s deflection,”  Amabhungane’s responded to the transcript claims (which were also published in Independent Newspapers earlier this week) as follows:  “The transcript at the heart of the dispute has been in the public domain for six years. Sole and amaBhunhgane have used it in a successful court case in which they accused the state of illegally bugging him.” See the full article here: