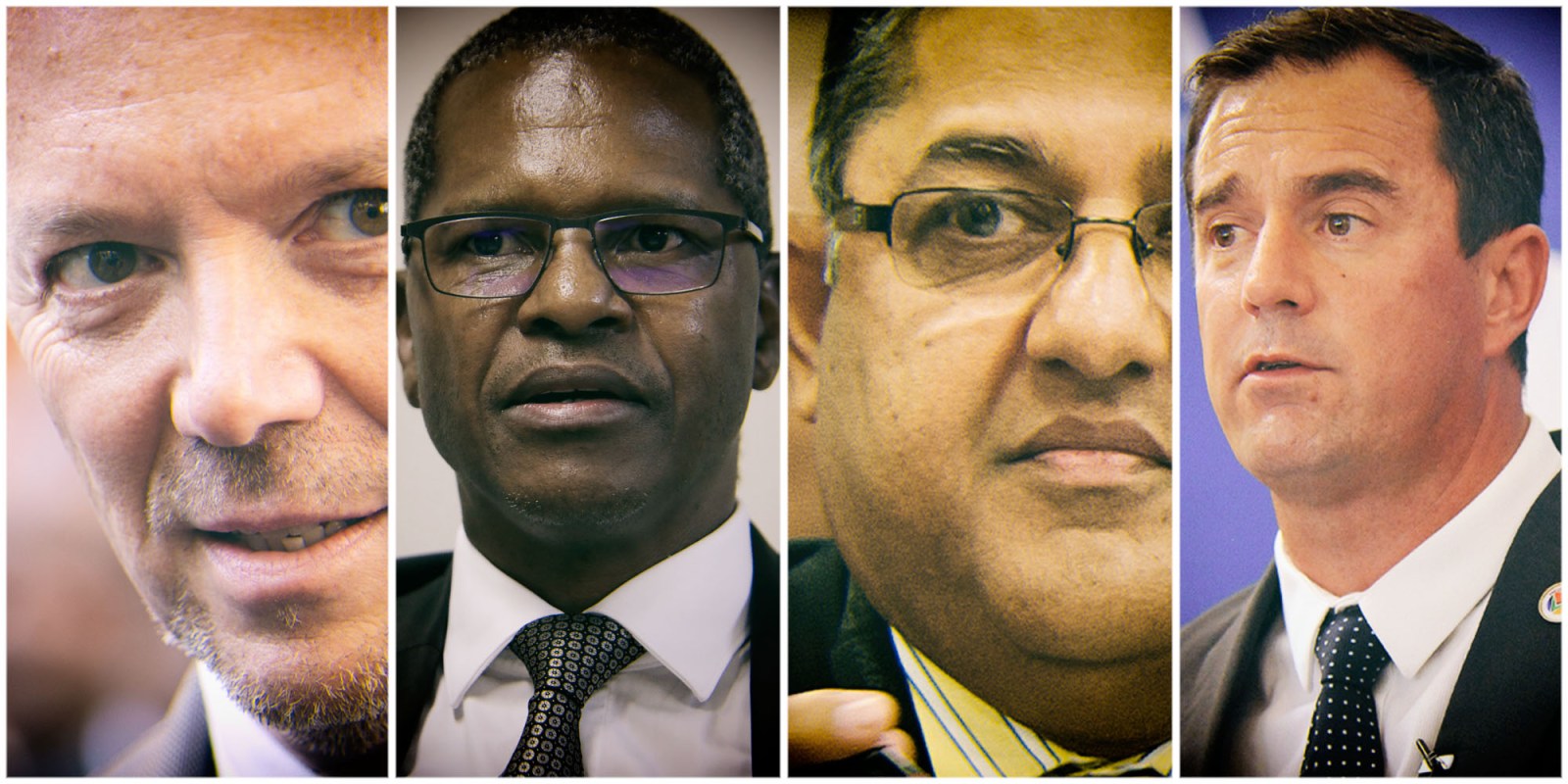 Following the Cabinet reshuffle on Thursday evening, political parties made it clear that they welcomed Zweli Mkhize’s resignation but felt more needed to be done to create an effective Cabinet.

Ramaphosa made several new appointments and shifts to his Cabinet in a public announcement on Thursday.

One of the reasons Ramaphosa had to reshuffle his Cabinet after the announcement of the resignation of Health Minister Zweli Mkhize following his involvement in the Digital Vibes scandal.  Mkhize resigned on Thursday afternoon and his resignation letter was circulated by journalists on social media before Ramaphosa’s announcement. Daily Maverick has written extensively about Mkhize’s involvement in the scandal, which saw a contract worth R150-million handed by the Department of Health to Digital Vibes, a company linked to close associates of Mkhize.

In the latest exposé by Daily Maverick, this week it was reported how around R1-million of Digital Vibes funds went to Mkhize’s son and daughter-in-law, allegedly to fund a nail salon and hair boutique.

Ramaphosa placed Mkhize on special leave in June after an investigation by the Special Investigating Unit.

In addition, following the death of Jackson Mthembu in January 2021, the position of minister in the Presidency became vacant. And Deputy Minister of Mineral Resources and Energy Bavelile Hlongwa died in 2019; while in Cooperative Governance and Traditional Affairs, Deputy Minister Parks Tau became Gauteng MEC for Economic Development in December 202o.

“The list of non-performing ministers far exceeds those who do their jobs, and so what was required tonight was more clean-out and less shuffle,” said Steenhuisen.

Steenhuisen added: “We welcome the resignation of Minister Mkhize. Given the damning evidence against him – and given the fact that President Ramaphosa has been in possession of the SIU report into the Digital Vibes contract for more than a month – it is baffling that it took so long to get rid of him… but this is better late than never.”

“The new Finance Minister, Enoch Godongwana, will have to demonstrate very quickly that he has the stomach for bold reforms and that he will not budge from fiscal responsibility,” said Steenhuisen. Godongwana, “should also start his term by clearing up the details of his resignation as deputy minister of economic development back in 2012 amid a massive fraud scandal”.

The Mail & Guardian reported in 2012 that Godongwana had resigned as deputy minister of economic development over his involvement in a company which is alleged to have defrauded clothing factory workers of R100-million of their pension fund money.

“We need to know that our finance minister is beyond reproach, and for this we need his full disclosure,” said Steenhuisen.

The Good party’s Secretary-General, Brett Herron, told Daily Maverick the changes within the Cabinet were broad, “with various ministers being swopped in portfolios and poor performing ministers not facing the chop. It’s no surprise, the slight tweak to the security cluster. The State Security Agency moving to report directly to the Presidency exposes the distrust deficit within the ministry.”

The party’s leader, Patricia de Lille, who is also the public works and infrastructure minister, survived the reshuffle, despite questions remaining over the R40-million Beitbridge border fence fiasco.

The Inkatha Freedom Party (IFP) viewed the reshuffle as “better than nothing”, its leader, Velenkosini Hlabisa, said during an interview with news channel Newzroom Afrika. Hlabisa said the party had reservations about Godongwana and whether he could “stand for what is right, as Tito Mboweni used to”.

Later, in a statement, IFP acting spokesperson Narend Singh said: “With the country on its knees, we need new talent, not just a shuffling of the deck, with ministers in a never-ending game of musical chairs.

“It is essential that competent people be appointed if we want to rebuild our country and grow our ailing economy.” DM