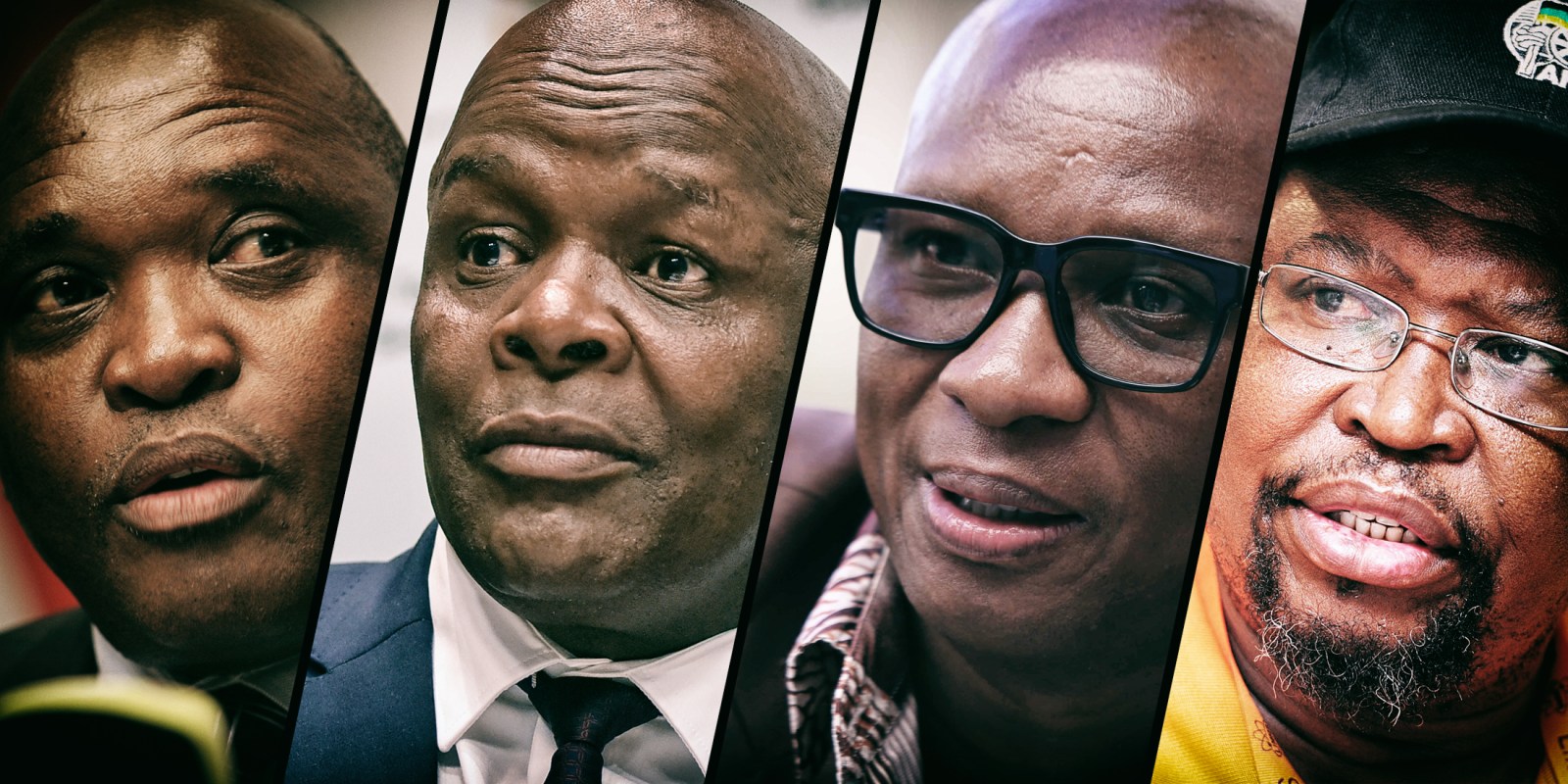 President Cyril Ramaphosa’s long-awaited Cabinet reconfiguration was extensive, with a strong focus on dismantling the security cluster and bringing it closer to him personally.

There was no time for niceties or long speeches as President Cyril Ramaphosa took only 20 minutes to announce sweeping changes to his Cabinet and pulled the security cluster considerably closer to his office.

Although he said the three priority areas were rolling out Covid-19 vaccinations, rebuilding the economy and restoring peace and stability, it was the latter that saw the most radical changes — signalling the depth of his disappointment in the failure of the security forces to prevent the wide-scale looting and destruction that took place in KwaZulu-Natal and Gauteng three weeks ago. Ramaphosa has labelled it a failed insurrection and an attack against the country’s democracy.

In a power move, he pulled the oversight function for the State Security Agency into the Presidency, where he brought into Cabinet his trusted ally Mondli Gungubele as minister in the Presidency (there was a vacancy after Jackson Mthembu’s death in January), with Zizi Kodwa as his deputy, but still responsible for state security, while Pinky Kekana is moved from communications to become second deputy minister here.

“This is also done by a number of countries in the world,” Ramaphosa said, adding that it was to “ensure that the country’s domestic and foreign intelligence services more effectively enable the president to exercise his responsibility to safeguard the security and integrity of the nation.”

National Assembly Speaker Thandi Modise — who served in Umkhonto weSizwe and who spent time in prison during the struggle against apartheid — moves to replace Nosiviwe Mapisa-Nqakula in the Defence Ministry. The latter “will be deployed to a new position” Ramaphosa said, without furnishing details.

Joe Phaahla — a medical doctor and reputed to be an able leader — was promoted from deputising in the health portfolio to being a full minister, replacing Zweli Mkhize who handed in a somewhat reluctant-sounding letter of resignation hours earlier. Mkhize said he would be taking the Special Investigating Unit’s findings on the Digital Vibes contract — the reason he was put on special leave for two months, and the reason he was forced to resign — on review. Sibongiseni Dhlomo, an MP but formerly an MEC for health in KwaZulu-Natal, takes up Phaahla’s former position as deputy.

The other notable appointment was head of the ANC’s subcommittee on economic transformation, Enoch Godongwana, as finance minister. He was also formerly MEC of finance and economic development in the Eastern Cape.

Khumbudzo Ntshavheni was moved from Small Business Development to the Communications portfolio, which also now has digital technologies added to it, swopping places with Stella Ndabeni-Abrahams, whose performance in that portfolio was lacklustre.

Mmamaloko Kubayi-Ngubane, who had been acting in the health portfolio, was moved from Tourism to Human Settlements, and Senzo Mchunu to Water and Sanitation (the portfolio was split again because water is such an important resource, Ramaphosa said), with Lindiwe Sisulu moving to the not-so-busy Tourism portfolio. Sisulu has been openly outspoken against Ramaphosa and is said to harbour ambitions to run for ANC president next year.

With respect to the deputy ministers, Zoleka Capa moves from Small Business Development to Agriculture, Rural Development and Land Reform, thus swopping places with Sdumo Dlamini. Philly Mapulane, National Assembly portfolio chairperson on higher education, moves to Communications and Digital Technology, and Nobuhle Nkabane, a relative newcomer to formal politics having first become an MP in 2019, becomes Mineral Resources and Energy deputy minister in the place of Bavelile Hlongwa, who died after a car accident.

Chana Pilane-Majake, an MP, moves to Public Service and Administration, where she already served a brief stint of just over a year in 2018 and 2019, with Sindy Chikunga moving from this portfolio to Transport, while Dikeledi Magadzi, in turn, moves to the new Water and Sanitation portfolio.

Ramaphosa also announced that Sydney Mufamadi, who served as safety and security minister in Nelson Mandela’s cabinet, and local government minister for a decade thereafter, will be his National Security Adviser. This position was empty for a number of months after Charles Nqakula, who is in bad health, resigned earlier in the year. Mufamadi also recently chaired a high-level panel that authored a report recommending an overhaul of the country’s intelligence services.

Rampahosa also appointed an “expert panel to lead a thorough and critical review of our preparedness and the shortcomings in our response” to the recent looting and violence, chaired by Sandy Africa, associate professor in the Department of Political Sciences at the University of Pretoria. He is joined by Mojanku Gumbi, Chancellor of the University of Venda and former special adviser to former president Thabo Mbeki, and Silumko Sokupa, who formerly served in the intelligence services and who served on Mufamadi’s panel.