The ‘Duke of Magoebaskloof’ steps down, paving the way for Enoch Godongwana to become finance minister 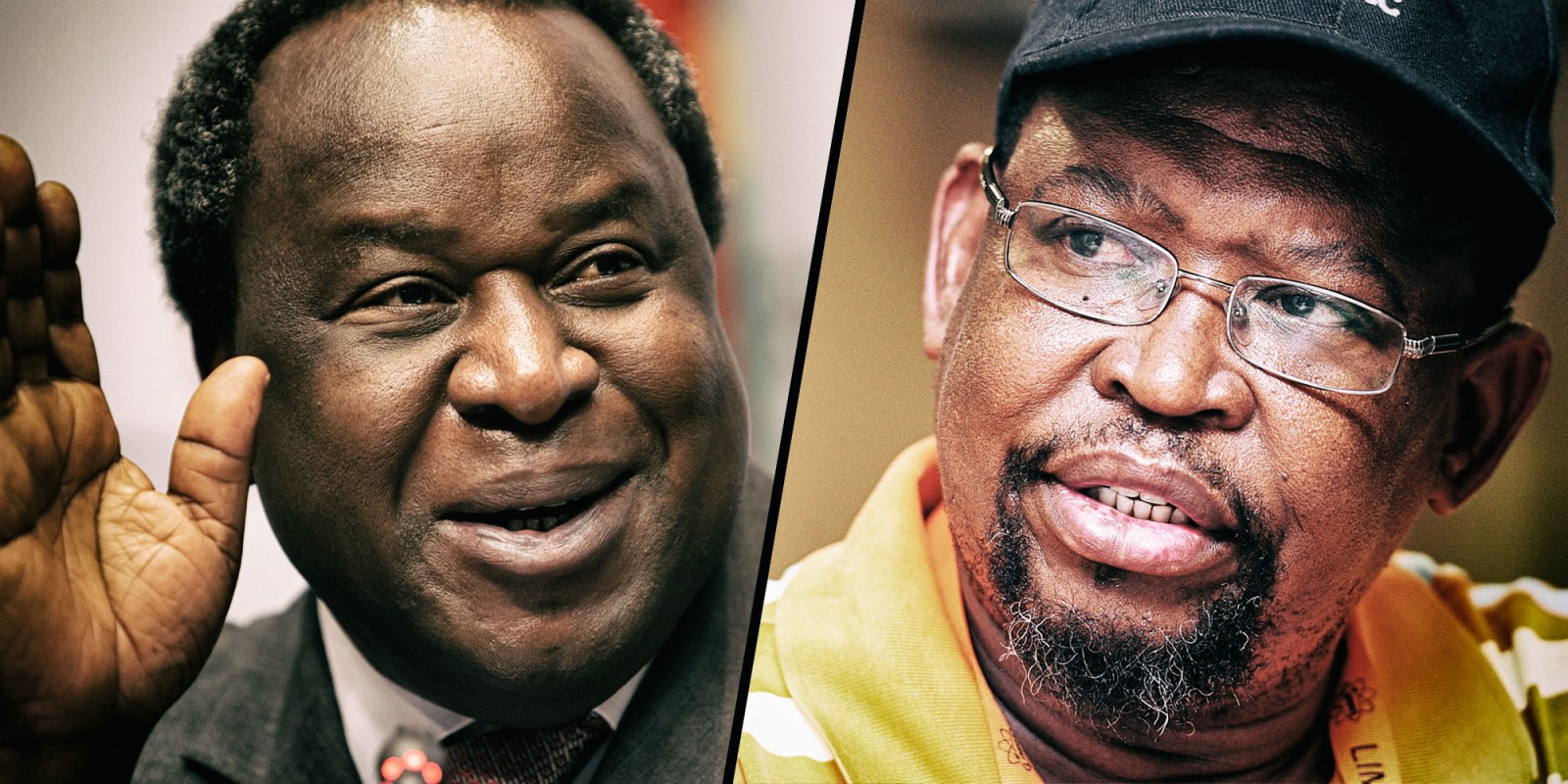 Godongwana is currently the board chair of the Development Bank of Southern Africa, a state-owned development finance institution, and was previously the deputy minister of public enterprises.

In a highly anticipated Cabinet reshuffle, President Cyril Ramaphosa announced that the former head of the ANC’s Economic Transformation Committee, Enoch Godongwana, would take over as finance minister, reflecting a desire to maintain broadly the same economic course but with a younger and more vigorous advocate.

Outgoing Finance Minister Tito Mboweni has long sought to stand down, while Ramaphosa broadly maintained the current economic team, many of whom are important and long-standing allies, including Mineral Resources and Energy Minister Gwede Mantashe, Public Enterprises Minister Pravin Gordhan and Minister of Trade, Industry and Competition Ebrahim Patel.

Ramaphosa emphasised the importance of reviving the economy, which has just taken a R50-billion hit in output from the recent street violence and looting, placing 150,000 jobs at risk and leaving many destroyed businesses yet to restart their operations.

Godongwana is currently the board chair of the Development Bank of Southern Africa, a state-owned development finance institution, and was previously the deputy minister of public enterprises.

Ramaphosa said he had accepted a “long-standing request” by Mboweni “to be excused from his position as minister of finance”.

Godongwana is a fresh face in Cabinet but considered an old hand in politics. In the ANC, he has led efforts to draft economic policies of the governing party — especially after Ramaphosa was elected as the party’s president in 2017. Godongwana is one of the long-serving members of the ANC’s National Executive Committee.

After Ramaphosa was elected as ANC president, Godongwana was a big backer of the prescribed assets-like policy. He believes that SA’s asset management industry, which includes pension funds, insurers and other investors, is sitting on more than R6-trillion under management. Some of these funds, he once told the Sunday Times, should be lent to the state to fund its infrastructure projects/investments.

Godongwana has also served in various arms of the state. He served as the first economic affairs and later finance MEC in the Eastern Cape under the late premier Makhenkesi Stofile, and was later appointed as the deputy minister of public enterprises. He is also known in trade union circles. Godongwana was the general secretary of the National Union of Metalworkers of South Africa from 1994 to 1997. He also had a stint as the head of economic policy at labour federation Cosatu.

Godongwana has big shoes to fill as the new finance minister and head of the National Treasury.

Mboweni joined the Cabinet in October 2018 after the sudden resignation of Nhlanhla Nene, who admitted to meeting members of the Gupta family. The Gupta family have been accused of high-level corruption, which they have denied. Mboweni has repeated his reluctance to serve as finance minister, expressing his eagerness to retire to his farm in Limpopo. He is colloquially referred to as the “Duke of Magoebaskloof”.

Mboweni is widely regarded as a trusted hand by the investment community and a voice of reason when it comes to fiscal prudence. He has resisted calls for billions of rands to be thrown to unproductive state-owned entities and to compensate 1.3 million public servants with inflation-busting salary increases.

Godongwana is now tasked with helping South Africa avoid a debt crisis and to help the country recover from being graded as junk status by the three major credit rating agencies.

Ramaphosa and Mantashe have been on opposite sides when it comes to reforms in the energy sector. In June, when load shedding intensified to Stage 3 and posed more threats to the battered economy, Ramaphosa twisted Mantashe’s arm to lift the threshold for companies to produce their own electricity without a licence to 100MW. Ramaphosa’s move was a surprise move because Mantashe had set the threshold at 35MW.

Embedded generation — which involves companies producing electricity for their own use or for supply to others — is regarded by energy experts and big business as the quickest way to bring more megawatts into the national grid, helping to ease pressure on Eskom, which provides more than 90% of SA’s energy needs.

In other areas, Ramaphosa’s announcement was akin to the shuffling of deck chairs. Stella Ndabeni-Abrahams, the former minister of communications and digital technologies, has been moved to the Ministry of Small Business Development.

Ndabeni-Abrahams is widely regarded as having delayed the implementation of a crucial structural reform proposal identified by Ramaphosa: the release of more radio frequency spectrum. This progress is caught up in legal delays as MTN and Telkom are challenging the auction process of spectrum by the Independent Communications Authority of South Africa, saying it will be unfair to smaller mobile operators. DM/BM