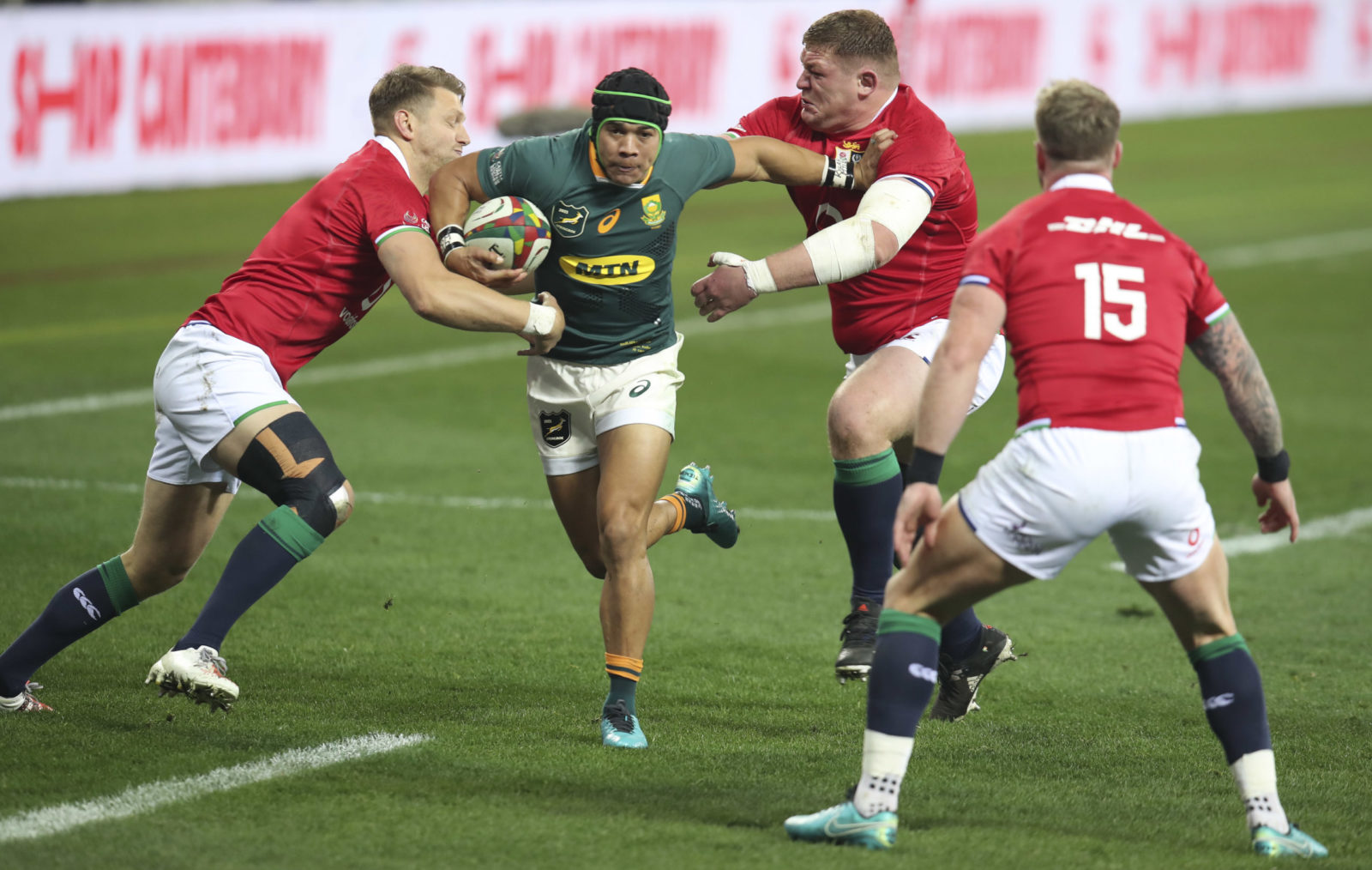 The Springboks rekindled memories of the 2019 World Cup final as they smashed the British & Irish Lions to level the 2021 series 1-1 and take it to next week’s decider. It ended 27-9.

After a week of tension, acrimony, accusations, anger and deflection, the Springboks won the second Test over the British & Irish Lions by simply being the superior team on the field over 80 minutes.

Their decisive second-half performance, which yielded 21 unanswered points, was as good as anything this group has produced in the last three years. They simply blew the Lions off the pitch by keeping the tourists scoreless. The series will go to a decider in South Africa for the first time since 1955.

There was always a feeling the Boks would improve as the series went on after their disjointed build-up, but the step up they took in the second stanza of the second Test was massive. The momentum of the series has moved completely the way of the home team and the tourists are the ones who will have to come up with answers before next week’s decider.

The Lions simply didn’t cope upfront and in the air. Lions fullback Stuart Hogg and wing Duhan van der Merwe were badly exposed as Handre Pollard and Faf de Klerk rained bombs on them all evening.

The Lions scrum creaked and their maul defence had no answers as the Boks brought a hard-nosed edge for a full 80 minutes.

Rassie Erasmus’ now-infamous video detailing 26 decisions that went against the Boks in the first Test was a huge part of the build-up but the Boks were by far the better team, and that is not in question.

It was a highly irregular approach from a director of rugby, but to link it directly to the outcome of the second Test is a stretch. Erasmus’ video only appeared to ensure that the officiating was of a much higher standard in this Test, which had to be a good thing.

There were some tight calls, of course, but it’s hard to recall a complete howler from the officials.

The Boks had to deal with the early loss of star flank Pieter-Steph du Toit to a shoulder injury. It was one player you felt they could not afford to lose, but they refused to budge. Kwagga Smith entered the contest midway through the first half and gave a display worthy of the injured Duane Vermeulen. There is not much higher praise than that.

There were heroes everywhere, but none more so than Bok skipper Siya Kolisi. His try-saving tackle on Lions centre Robbie Henshaw late in the first half ensured a much smaller deficit going into the break. It was a critical moment.

Kolisi rallied his troops when he needed and was colossal at the breakdown and in defence. He simply led from the front and the rest followed.

“That was special. It was the toughest week I’ve ever had to face. But I’m grateful for the management we have. We stood up and that’s how I know us as a team,” Kolisi said afterwards.

“We were calm during the week but when we trained it was intense. We knew the mistakes we made last week and we improved that. We did what we had to do but it’s only the beginning. There is still one more game to go.”

The Boks started the match with their backs to the wall after losing the first Test 22-17. They were in further trouble after 40 minutes of the second Test as the Lions led 9-6 at the break and looked the better team.

Whatever coach Jacques Nienaber said in the changeroom at halftime, it worked. In a complete reversal of the first Test’s shape, it was the Boks who found an energy reservoir deep inside them to pulverise the Lions pack after the break.

Wing Makazole Mapimpi and centre Lukhanyo Am scored second-half tries but it was the forwards who created those scores. The Lions were mauled into submission, their scrum, which was under pressure throughout, crumbled in the second half and their lineout lost its edge with the Bok introduction of Lood de Jager.

The Boks also won the aerial battle and even though it came at a cost when wing Cheslin Kolbe was yellow carded in the first half for clumsily taking Conor Murray out when chasing a kick. (There were calls for it to be a red card but referee Ben O’Keeffe only issued a yellow.)

Lions coach Warren Gatland said “it didn’t look good” but refused to criticise O’Keeffe for not giving a red. Nienaber said it was “the right call.”

Gatland also criticised the tempo of the game with each half taking 62 minutes of actual time. The implication was the Boks slowed the game down and the referee did nothing to speed it up. He may have a point but there were numerous television match officials incidents that took an age to complete.

The Springboks went into the break only three points down, which was a minor victory in the battle because the Lions were the better team for a half that lasted 62 minutes.

The stop/start nature of the contest made for an ugly spectacle but in that ugliness, there was a raw intensity that boiled over several times.

Lions wing Van der Merwe was yellow-carded for a trip on Kolbe and two minutes later Kolbe joined him in the bin after taking Murray out in the air.

In between, Lions captain Alun Wyn Jones and Eben Etzebeth were involved in some pushing and shoving and there were several other minor off-the-ball flare-ups.

O’Keeffe, the man under the most pressure coming into the match after an acrimonious week, was strong and decisive. He needed to be. In the pressure cooker of this match, it could easily have erupted into chaos had he not kept a lid on it.

The yellow cards were sensible and he correctly ruled that Lions centre Henshaw had failed to ground the ball for a try late in the half. Kolisi made a brilliant and desperate stop to get his arm under the ball. In a match of minuscule margins Kolisi’s tackle and O’Keeffe’s eagle eyes were crucial.

When rugby did break out, it was eye-wincingly brutal. The collisions were monstrous and neither side gave an inch in contact. The Lions did not miss a tackle in the entire first half and they poached two Bok lineouts. The Boks burgled one Lions throw close to their line – their first of the series.

Dan Biggar landed three first-half penalties and opposite number Pollard two. Pollard also missed one. It was that tight.

But after the break, it was all the Boks. Pollard’s cross-field kick into Mapimpi’s hands for the 45th minute try set the tone of the half. That move started with a scrum penalty – a theme that repeated itself throughout.

When Faf de Klerk stabbed a kick through for Am to chase and score, the Lions were finished. In the final quarter, the penalties mounted and the Boks kept the scoreboard moving.

And so it all comes down to next week. DM