Mixed results of glory and agony for Team SA at Olympics 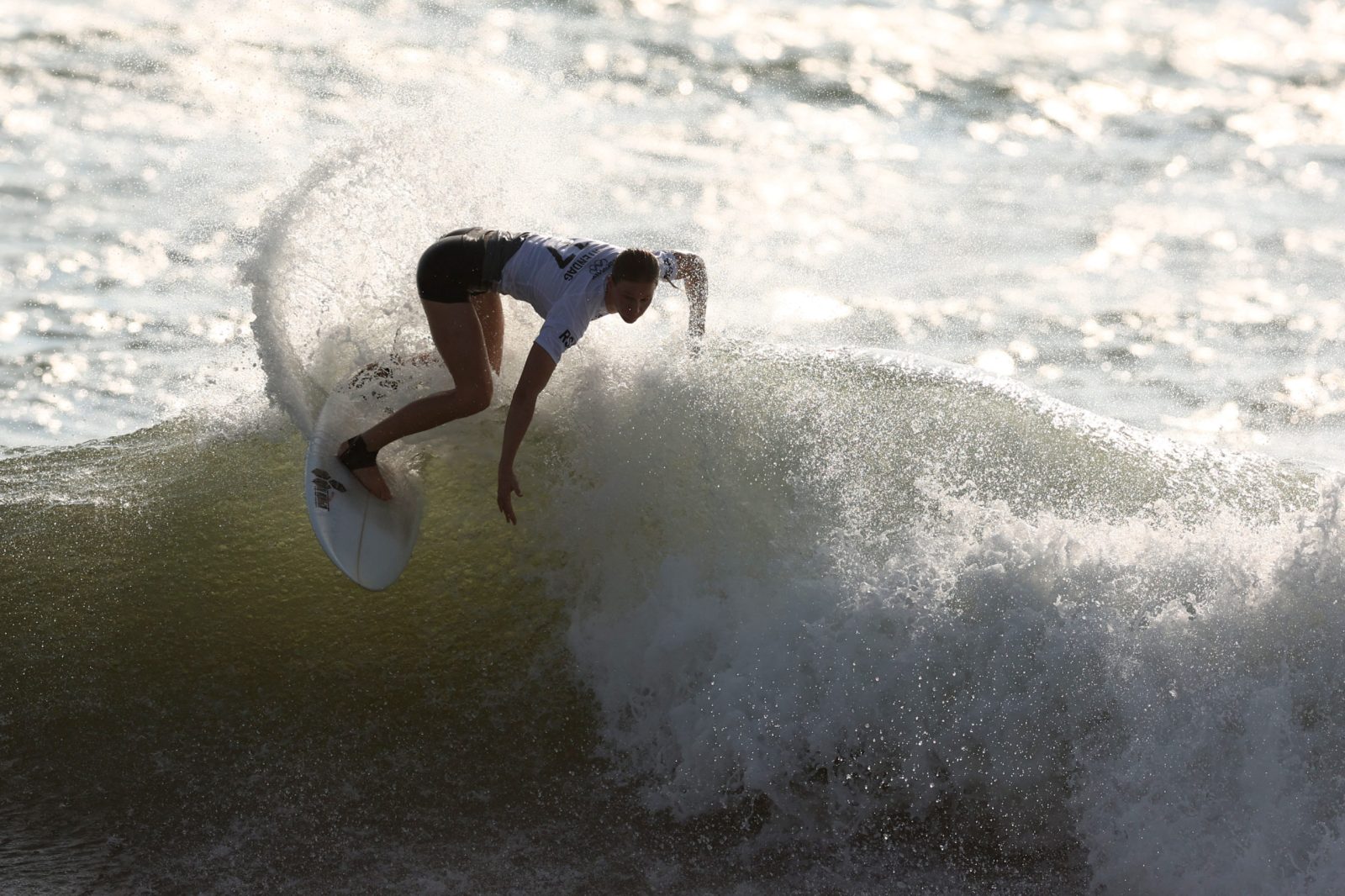 Bianca Buitendag of Team South Africa surfs during the Women's Round 3 heat on day three of the Tokyo 2020 Olympic Games at Tsurigasaki Surfing Beach on July 26, 2021 in Ichinomiya, Chiba, Japan. (Photo by Ryan Pierse/Getty Images)

In action on Monday, Tatjana Schoemaker continued her winning ways to qualify fastest for the final of the women’s 100m breaststroke. Bianca Buitendag advanced to the women’s surfing quarter-finals.

A comprehensive look at how Team SA fared on Monday:

Men’s Mountain Bike, Cross-Country final: It was another brutal test of skills and attrition as Britain’s Tom Pidcock won gold in impressive fashion after a dominating ride. He beat Swiss Mathias Flückiger into second by 20 seconds.

Team SA’s Alan Hatherly finished eighth, after being as far back as 25th on the start loop. He then clawed his way up to as high as seventh over the seven-lap course (each lap 3.85km) before slipping back to eighth.

Women’s Pool A: South Africa 1 Great Britain 4: Both teams had lost their opening matches and South Africa came out of the blocks early with Nicole Walraven netting early from a penalty corner in the sixth minute.

However, Great Britain struck back and goals in the 13th, 39th, 40th and 50th minutes were enough to see them run out comfortable winners.

Men’s Pool C: South Africa 33 Ireland 14: The bronze medallists from Rio 2016 shook off some rust when brushing aside Ireland in their Olympic opener. The South Africans ran in four tries through Zain Davids, Impi Visser, Justin Geduld, Chris Dry and Stedman Gans. The lead was 14-7 at halftime.

Women’s heats, Round 3: Bianca Buitendag knocked out seven-time world champion Stephanie Gilmore of Australia to advance to the quarter-finals (Tuesday) where she will meet Portugal’s Yolanda Hopkins.

Women’s 100m breaststroke, semi-final 2: Tatjana Schoenmaker led from start to finish to beat Olympic champion Lilly King, who had been unbeaten in the event since 2015. The South African clocked 1:05.07, which was slightly off her Olympic record 1:04.82 from Sunday night, but she was always in control.

Schoenmaker went through halfway in 30.48sec, some 0.22 ahead of King, and she held her lead on the way home, slightly extending her advantage to 0.33 at the end. The South African looks firmly on track to pick up double gold at these Games.

Men’s 200m Butterfly, Heats: The 2012 Olympic champion Chad le Clos went off in the final heat, along with Ethan du Preez, in lane eight. Le Clos looked comfortable for half of the race but when pre-Games gold medal favourite Kristof Milak of Hungary piled on the pressure he seemed to tie up. He faded in the last 30m to finish fifth in 1:55.96, scraping in at 16th overall for the last semi-final spot. Du Preez finished 8th for 30th overall in 1:58.50.

Women’s 200m IM, Heats: Rebecca Meder finished 7th in her 200m IM heat in 2:14.79 in her first Olympics. That placed her 23rd quickest overall and she missed out on a spot in the semi-finals.

Men’s Individual, final: Henri Schoeman did not finish. The bronze medallist at Rio 2016 had gone into the race carrying knee and ankle injuries, with the right ankle being the worst problem.

“I can’t push off the foot and haven’t been able to run on the road for three weeks,” he told us before the race. He had been hoping treatment and anti-inflammatories would help him see it through, but it wasn’t to be.

Schoeman had completed the 1,500m swim and 40km cycling in the leading group heading into the 10km run transition. On the run, the pain intensified and he was forced to withdraw with two laps (5km) remaining. DM