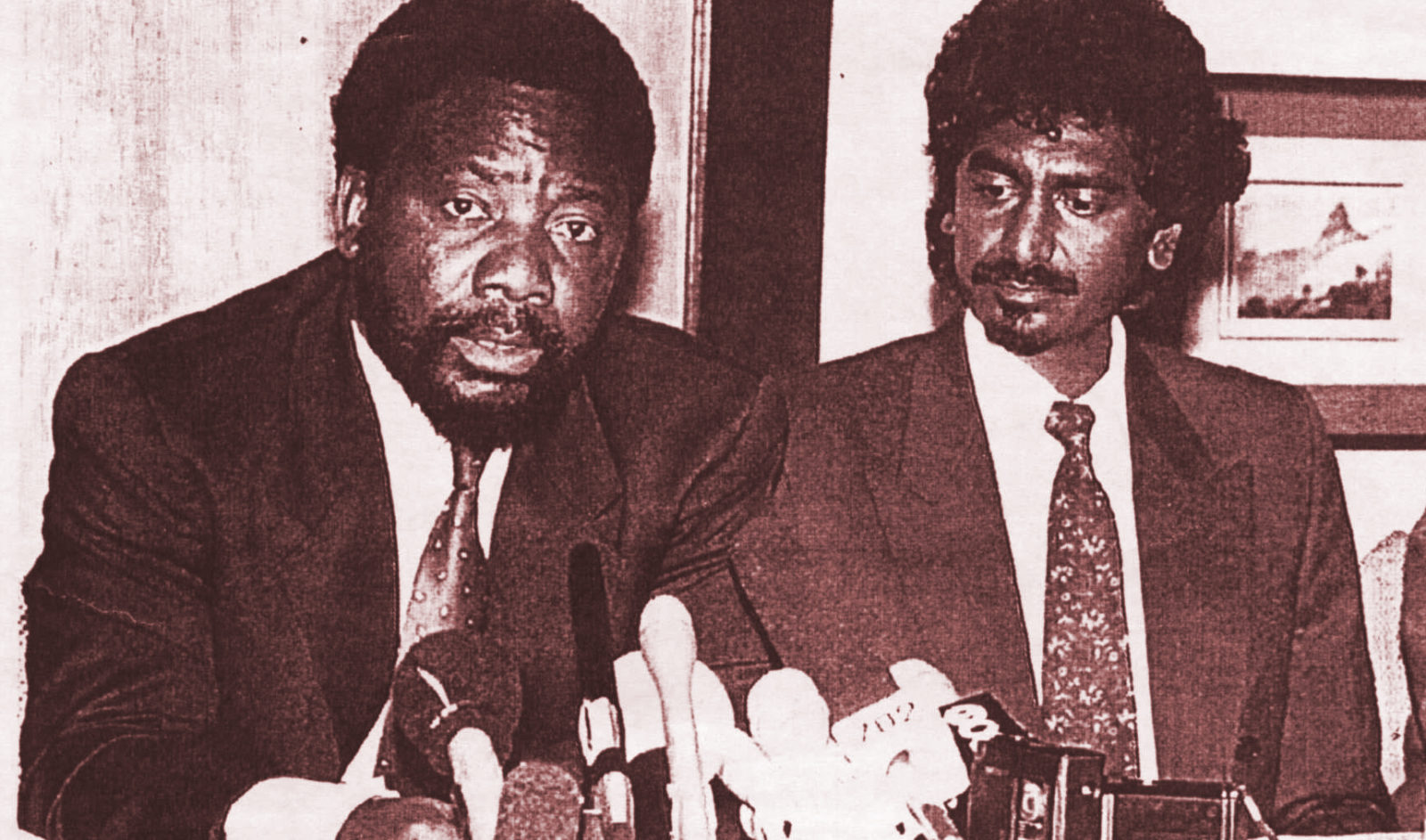 And now, Mr President, it falls on your shoulders to lead with courage and inspiration. We cannot any longer allow the factionalism of the ANC to take priority over the interests of our country, its citizens and the Constitution.

I write this letter with a heavy heart. Along with the majority of my fellow citizens, I have been shocked and traumatised by the turmoil that rocked our country in the past weeks. What have we missed, I ask myself? Where have we gone wrong? What is to be done?

The chaos and violence struck at the heart of our democracy in the midst of us celebrating 27 years of freedom and the international celebration of the unifying values of social justice and human dignity that our founding father, Tata Nelson Mandela, sacrificed 27 years of his life for.

The seeds of this crisis did not come overnight. They have been incubating for decades. And even before the Covid-19 pandemic, our economy was in recession with a frightening rate of joblessness, hunger and poverty. Tragically, it was spawned out of the belly of the once-principled president of the liberation movement that you now lead and that holds the reins of political power. It’s a shocking betrayal of what you, I and millions from successive generations of South Africans fought for and for which many paid the ultimate sacrifice. We cannot any longer gold-coat this reality with money spent on spin doctors.

The lived experience of the vast majority creates a groundswell of discontent and legitimate grievances which the haters, opportunists and demagogues used to fuel the rise of a spectre of racial and ethnic conflict, toxic nationalism and narrow tribalism. We have the pariah recognition as the most unequal society in the world. Toxic patriarchy wages a war against women and children in all segments of our societal strata. The vast majority of youth are alienated and disillusioned with a governance and leadership that continues to exclude them. They ask, rightly, where is the democratic dividend that we promised our people in 1994?

And now, Mr President, it falls on your shoulders to lead with courage and inspiration. We cannot any longer allow the factionalism of the African National Congress to take priority over the interests of our country, its citizens and the Constitution.

There are many questions that I, like many other citizens, have about the events of the past two weeks. Why were we so unprepared for what you describe as an attack on our democracy? Why were our intelligence agencies missing in action? Why were the security forces so overwhelmed and under-resourced?

It was this vacuum that led to citizens taking the law into their own hands and stoking even greater violence.

This is not the first time we faced violent threats against our people. We know, from as early as the 1980s, where the flashpoints are and where the orchestration of violence is fomented. Why the delayed reaction in mobilising the SANDF to support the SAPS in the moment of greatest threat our democracy ever faced?

Even a cursory reading of the signals would have informed us – what the media was reporting, what activists on the ground were saying, or noting the vitriolic hate-driven calls for violence on social media by known actors; even the blatant mobilisation of paramilitary forces to criminally break the law and the lockdown restrictions you announced just days before. We cannot paper over these omissions. They led to massive destruction and its dire consequences for an economic recovery, a damaged investor sentiment and the full obliteration of whatever confidence our people had left for their government.

South Africa is at a crossroads, Mr President. One path is leading us to a failed state that muddles along the track of self-destruction and warlordism in Congolese style. Another path is towards a reassertion of what it means to be South African and what we need to do to heal the wounds of our past and build a nation of inclusive and shared prosperity.

Almost everyone, especially you Mr President, wants the latter. The majority of South Africans refuse to be held hostage to demagogic and anti-democratic forces whose continued plundering of public resources necessitates a dysfunctional state.

The clearest leadership we have seen in the country in the past two weeks has not come from the South African government and its millions of employees we pay to help us, but from the ground and largely outside the purview of the state or even civil society. Millions of citizens mobilised to defend their communities, to stop the haters and looters and prevented this becoming a national conflagration that would have taken us back to the precipice of our burning past. They proclaimed with great courage: NOT IN MY NAME. This is the moment to rebuild our country from the bottom up and support this grassroots activism that defended our democracy better than anyone.

I know that you face challenges on all sides that are aimed at battering your leadership. But the country calls on inspiring leadership from you, Mr President, and your government. We need decisive action to arrest those hateful instigators, who used the digital media and streets of our brutalised communities, and hold them fully to account, regardless of who they are. No one is above the law, especially those who are in public service.

There must be zero tolerance.

More importantly, we need an unambiguous endorsement of the rule of law and unconditional support for the Zondo Commission, followed by full legal action. We need those who have been complicit in looting the astronomical amount of R57-billion, through State Capture that brought our economy to its knees, to be prosecuted and held to account without delay.

Simultaneously we need a refresh of what binds us as a nation and how do we co-create a vibrant ecological economy that puts our People and Planet at the centre, especially the economically disenfranchised youth. Demands have been growing for a universal basic income grant that prioritises skills training and social entrepreneurship, which I fully support. We need to pierce the glass ceiling that prevents the economic transformation of our country and to combine efforts at land reform that creates opportunities for young people to become successful smallholder farmers, creates livelihoods and addresses hunger and food security at a household level.

These issues cannot be postponed any longer. We need calm heads and steady hands at the tiller of state and society. We need a unity of purpose not just derived from corporatist deals at the top between government, labour and business, but also an acceptance of grassroots leadership as a co-creator of our way forward. We have in the past convened broad-based efforts to reach a social consensus that represented the will of the people. We need that urgently today.

And above all, we need a servant leadership and ethical governance. Now.

Mr President, I have stood alongside you in the past. We never flinched as we stared down the face of the enemy behind the barrel of a gun. Once again, we stand in front of the enemy of South African people – and yet again we cannot afford to flinch.

We, the overwhelming majority of people, are exhausted by the broken promises and broken leadership we face day to day. There are many outstanding leaders and workers in the civil service, in our security forces and our citizenry who strive to embrace Batho Pele ( Public Service Code of Conduct) and serve the Constitution and country. They also cry out for leadership so that they can do their work with pride, unhampered by the sinister agendas of vested interests above them which demolished the rules of humanity, ethics and good governance.

Let us reunite around a new chapter in our country. Let us heal our differences by acknowledging our wounded past and reach out to each other with acts of kindness and reparation, so that we may bequeath a legacy of a nation working on its healing in a way that delivers that better life we promised our people in 1994.

As our founding father, Tata Mandela, once sagely said, “It always seems impossible, until it is done.”