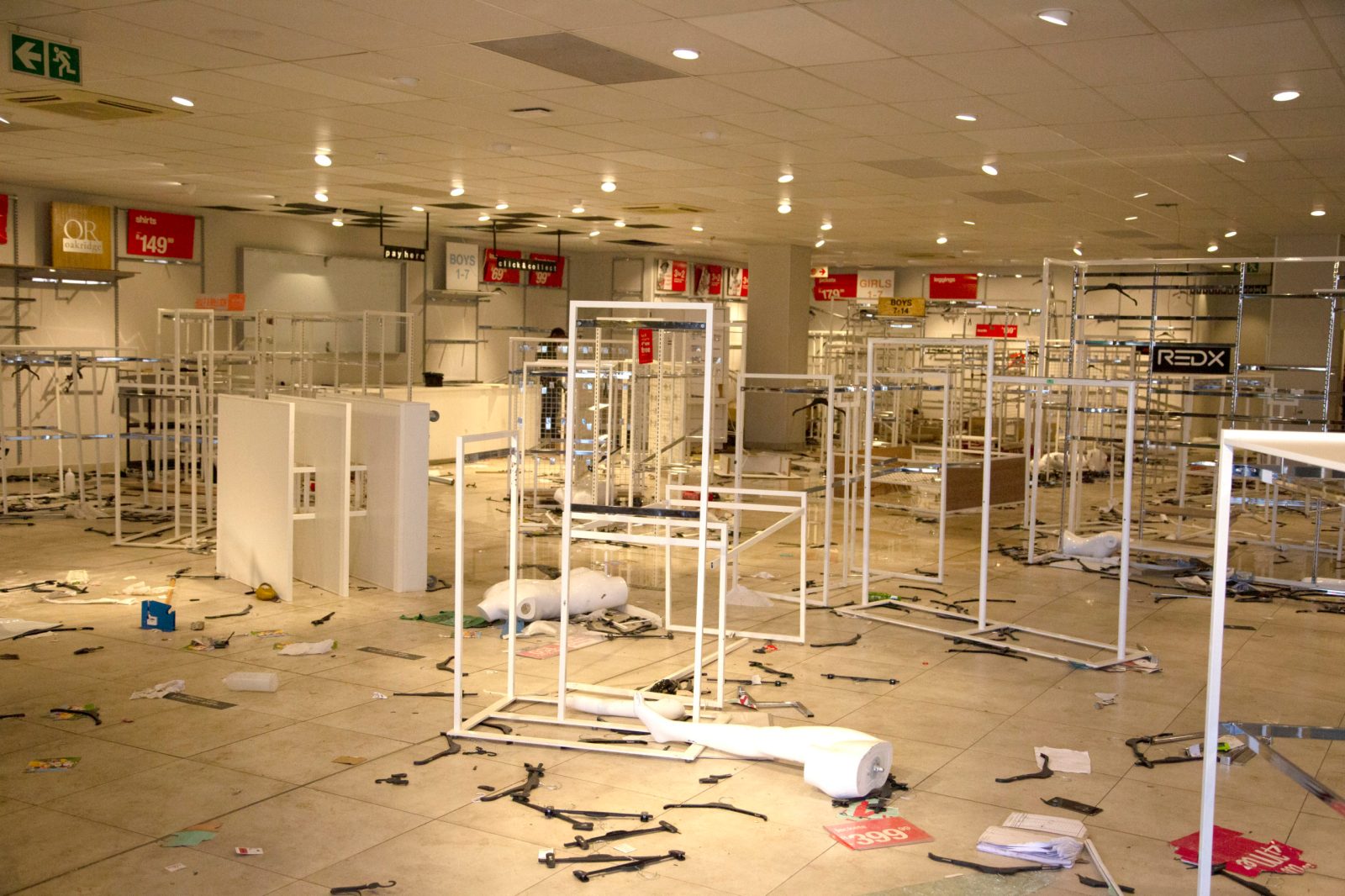 Sasria expects insurance claims from destroyed businesses to range between R10bn and R20bn. The short-term insurer doesn’t have enough money to cover these insurance claims. National Treasury might come to its rescue through a taxpayer-funded capital injection to its balance sheet.

SA’s state-owned short-term insurer, Sasria, expects insurance claims arising from last week’s looting and anarchy to be so daunting that it might be forced to ask National Treasury for financial assistance.

Approaching the Treasury (or the SA taxpayer) for financial assistance will be a first for Sasria in its 40-year history as the state-owned insurer has relied on its healthy balance sheet and not government bailouts for survival.

Sasria now expects insurance claims of between R10-billion and R20-billion from businesses that have incurred damages to their insured property as a direct result of social unrest in Gauteng and KwaZulu-Natal. But this is a preliminary estimation, as Sasria’s team of insurance/claim adjusters is still counting the cost of the damage that has left 200 shopping malls and 3,000 stores destroyed.

The billions of rands in insurance claims might break Sasria and force Treasury to come to its rescue through a taxpayer-funded capital injection to its balance sheet. Put differently, Treasury might bail out Sasria, the only insurer in SA that provides cover for losses or damages to insured property as a direct result of civil unrest, including rioting, strike action, and public disorder. The political violence and riots before SA embraced democracy in 1994 have pushed private sector insurers to no longer provide cover for social unrests — leaving Sasria as the only insurer that does so.

Cedric Masondo, the MD of Sasria, told SAfm’s Stephen Grootes that the insurer has been working with Treasury and the government to “prepare for the worst” as the value of insurance claims from affected businesses is likely to exceed the amount of cash that Sasria has on hand.

“Should we exceed our capacity, there is an option on the table to work with the government so that we can pay the claims – even if it means that we require a capital injection,” Masondo told the radio station.

“But the government, as a [sole] shareholder [of Sasria], is expected to provide capitalisation to Sasria. That’s what happens to companies when they run into trouble.”

Masondo was not immediately available to comment further when Business Maverick reached out to him.

A government bailout for Sasria would create a headache for Treasury, which is facing growing demands to fund income-relief measures for poor households and businesses affected by the social unrest. Business, labour, and community partners have agreed – through several meetings at the National Economic Development and Labour Council – on a range of income-relief measures, including using Sasria as the main mechanism through which destroyed businesses could be compensated for financial losses.

The past few years have been easy for Sasria. It collected more than R2.4-billion in insurance premiums during the 12 months to March 2020, an 11% increase on its 2019 financial year. It paid out claims amounting to R992-million, which is less than the R1.6-billion in claims it received in 2019. Sasria managed to record a profit after tax of R333-million in 2020.

In the wake of fresh violence and looting last week, Sasria was confident that it would be able to fund insurance claims from businesses through its balance sheet and without any assistance from Treasury.

Since then, Sasria has been inundated with claims as businesses have started to rebuild and repair their operations. At a cursory glance, insurance claims of between R10-billion and R20-billion would bankrupt Sasria if it were a private sector insurer. It has cash on hand amounting to R2-billion. Sasria also had investments worth R8.5-billion (valuation as of 31 March 2020) in listed shares, money market instruments and bonds. But the Sasria board is not yet prepared to liquidate these investments to free up cash.

Sasria has relationships with global insurance companies that might help it honour insurance claims in SA, through its reinsurance arrangement. Although Sasria has shared the risk of losses or damages to insured properties with other insurers, it is expected to carry most of the burden of honouring insurance claims. DM/BM