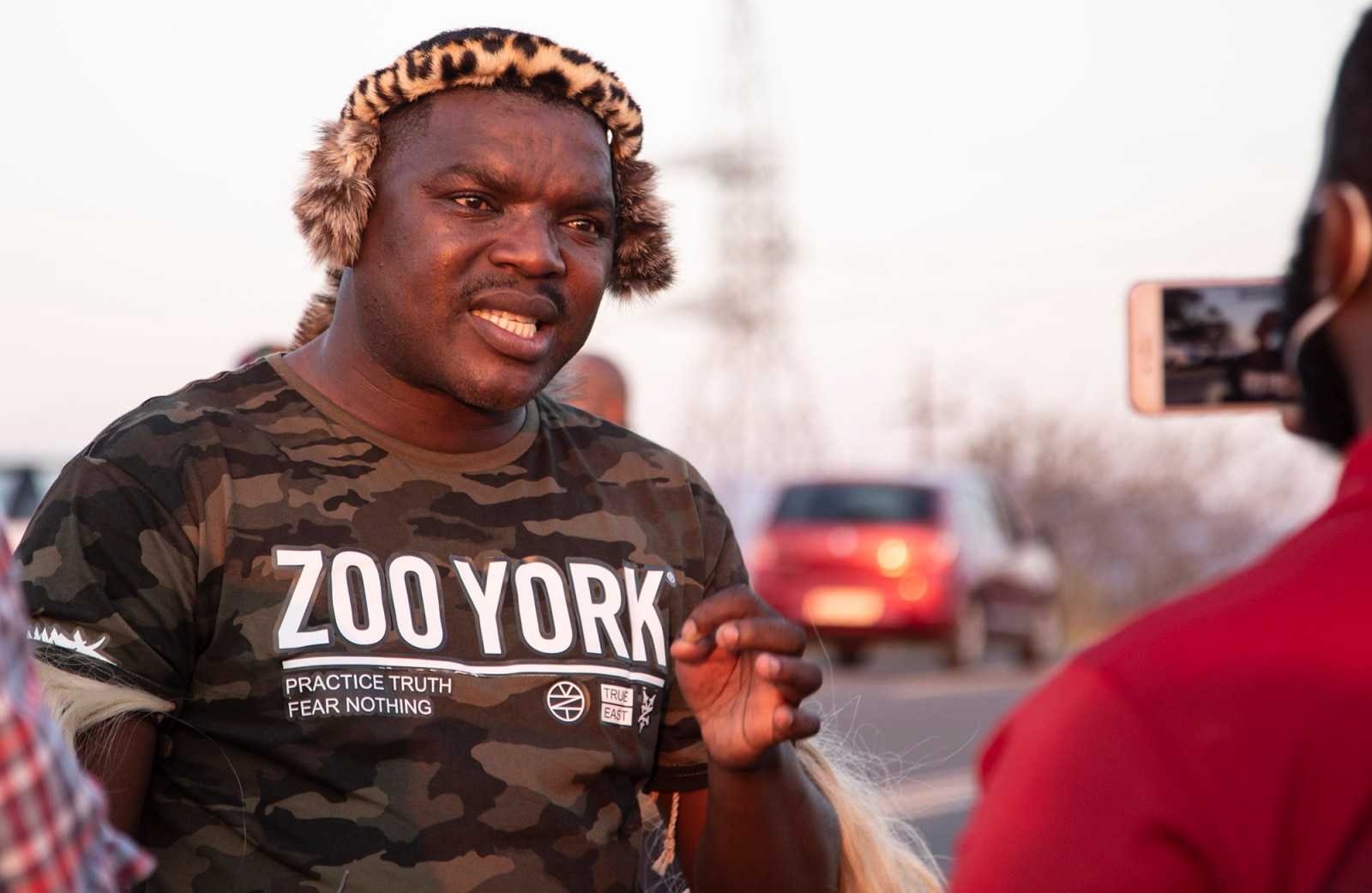 The government says six ‘key arrests’ have been made — including the instigators of last week’s violence and looting — but it has mentioned no names yet.

Just over two weeks after he flanked Jacob Zuma in front of Zuma’s Nkandla home where the former president addressed a gathering of supporters before his imprisonment a few days later, media practitioner and former DJ Ngizwe Mchunu turned himself in to the police.

He is among six “key arrests” made so far, according to a government statement, with three suspects remanded in custody “for bail hearings later”. The charges against them include incitement to commit public violence. More arrests are expected soon, the statement said.

Mchunu travelled to Johannesburg a week after his Nkandla appearance to “address the nation” at Kwa Mai Mai, a traditional medicine market and hostel inhabited by people with roots in KwaZulu-Natal. There he gave President Cyril Ramaphosa and acting Chief Justice Raymond Zondo three days to release Zuma, who was jailed for 15 months after defying a court order to testify before the State Capture Inquiry.

A couple of days after Zuma was incarcerated in the Estcourt Correctional Centre, violence began in KwaZulu-Natal and spread to Gauteng.

Acting Minister in the Presidency Khumbudzo Ntshavheni did not want to mention any names, but Mchunu’s arrest was confirmed on Ngizwe Online’s Facebook page.

TimesLIVE reported that Mchunu was en route to Gauteng to appear before the Randburg Magistrates’ Court on Wednesday.

Patriotic Alliance mayoral candidate in the West Rand Municipality, Bruce Aldrin Nimmerhoudt, appeared in court on Monday charged with incitement to commit public violence by sending out a WhatsApp voice note. Nimmerhoudt does not seem to be part of the original dozen or so suspects sought by law enforcement authorities in connection with last week’s violence, as his voice note did the rounds towards the end of the week and didn’t actually result in anything. The case was postponed to 26 July.

Another 587 people appeared in courts in the West Rand district, the National Prosecuting Authority said in a statement, bringing the total number facing prosecution to 682. They are aged from 18 to 72 and their charges include public violence, theft, malicious injury to property, the contravention of Covid-19 lockdown regulations, housebreaking with intent to commit an offence, and robbery.

Police Minister Bheki Cele, in a visit to Durban during an operation to recover looted goods, said 3,400 people in total had been arrested and special courts would be set up to hear their cases.

Ntshavheni, in her briefing, reported that the situation had stabilised, but three new deaths had been reported in KwaZulu-Natal, bringing the total number of dead to 215.

Looted stores had been replenished with stocks, she said, and the highways had reopened, while efforts would be made to assist those in need with food relief and Temporary Employer-Employee Relief Scheme benefits.

Meanwhile, the government is still grappling to find agreement over what to call last week’s violence and looting, which could cut GDP growth by 0.7%, according to a forecast by the head of capital markets research at Intellidex, Peter Attard Montalto.

Ntshavheni sided with Ramaphosa’s narrative of an insurrection when asked about it during the daily government briefing on Monday afternoon.

She said comments made by Defence Minister Nosiviwe Mapisa-Nqakula in this regard were not informed by fact.

“We want to clarify that the position of government is that as articulated by the president of an attempt at insurrection in the country. And that perspective is informed by discussions at the National Security Council, which is chaired by the president, and he receives briefing from the military commanders and also the other law enforcement agencies,” Ntshavheni said.

Mapisa-Nqakula, however, appears not to have received the memo on Friday, when Ramaphosa in an evening address sold the failed insurrection narrative to the nation. There were even hints in his address that it could have amounted to an attempted coup.

It was the second time in a week that Mapisa-Nqakula appeared to have differed from Ramaphosa’s view. Last Sunday, while the violence was under way, but before the extent of it was clear, she denied that the army would be deployed because, she said, South Africa was not at war.

The next day, Ramaphosa announced the deployment of 2,500 troops and by Wednesday 10 times this number had been deployed.

While some experts say the destruction of malls and shops does not point to a coup attempt, there have been reports that this was the first phase of a more elaborate plan, which also involved the targeting of public infrastructure.

Ramaphosa said on Friday night that the government “will find those who instigated this violence” and hold them accountable. “We will not allow anyone to destabilise our country and get away with it,” he said.

He warned that there was a threat of more violence because, at the time, not all of those who organised the violence had been apprehended “and their networks have not yet been dismantled”. DM