Food insecurity and unemployment need to be tackled on an urgent basis, Women’s Peace Table is told 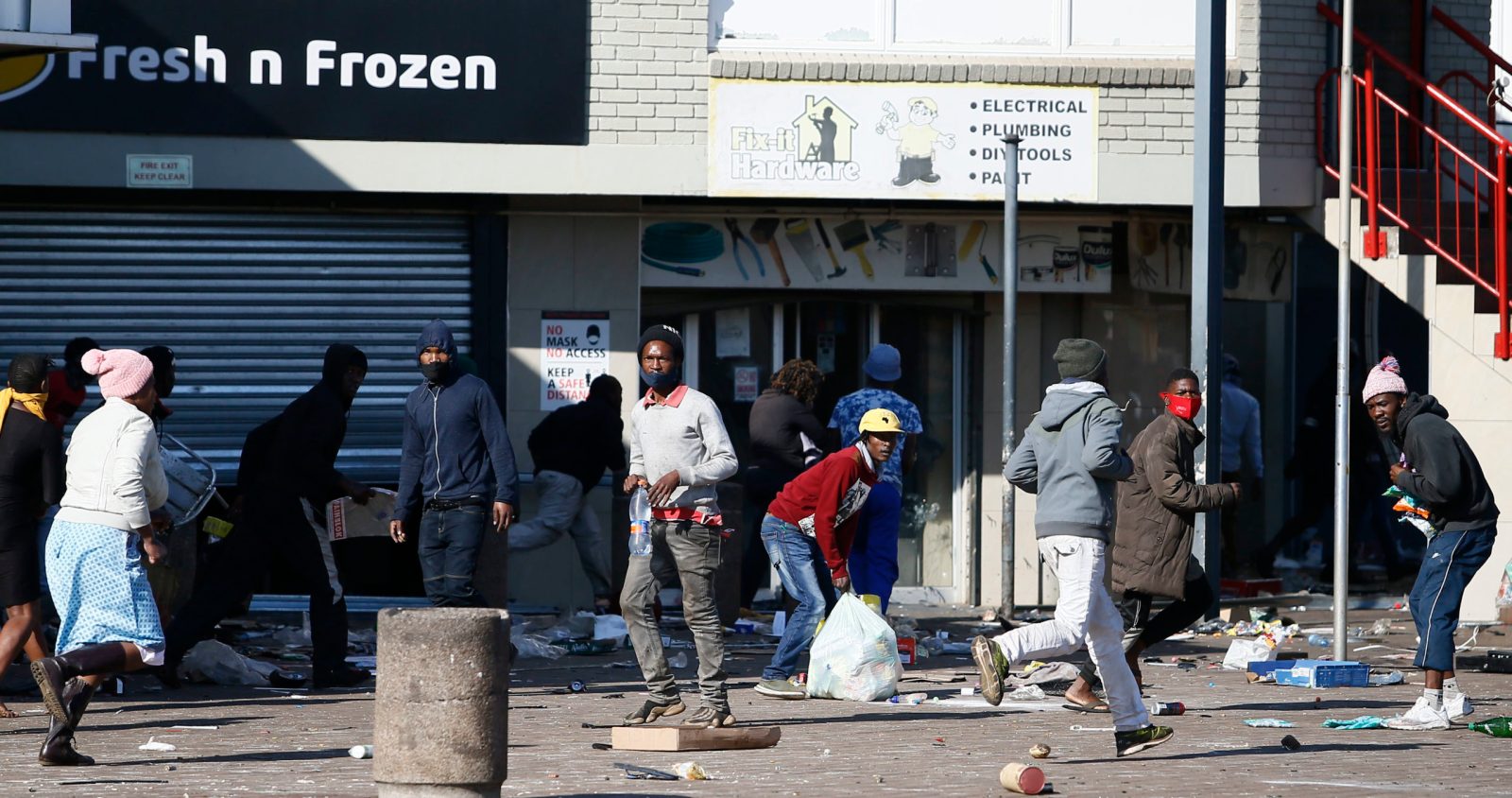 While the recent riots and looting have increased job losses and food shortages, experts say hunger and unemployment were driving forces that led ordinary citizens to partake in criminality. A Basic Income Grant has been proposed as a means to tackle the problem.

In the wake of the violence and looting that tore through KwaZulu-Natal and Gauteng last week, talks have been under way to resolve some of the conditions leading to the unrest.

Participants included the Minister of Women, Youth and Persons with Disabilities, Maite Nkoana-Mashabane, Struggle stalwart and former member of Parliament Gertrude Shope and the president of the ANC Women’s League, Bathabile Dlamini.

While panellists debated whether the violence was an insurrection, criminality or the result of widespread poverty and hunger, they agreed that food insecurity and unemployment were among the underlying causes of the rampant looting.

Pravina Makan-Lakha from the African Centre for the Constructive Resolution of Disputes said that after the devastation of the pandemic, the destruction from riots would further exacerbate inequality, poverty and unemployment.

“Whatever interventions we think of and design going forward must be rooted in deep analysis and addressing the systemic challenges we are facing.”

She said the Department of Social Development needed to address a Basic Income Grant as “a matter of urgency” and criticised the childcare grant for having a “below-inflation increase”.

“These are practical things that can be implemented. This is the substance of peace.”

In the latest Nids-Cram survey, 17% of households surveyed were experiencing hunger.

Statistics from the 2020 Child Gauge published by the Children’s Institute show that stunting rates as a result of malnutrition in South Africa are at 27%.

Minister Dlamini echoed the sentiments that “peace” boiled down to ensuring people’s basic needs were met.

“Peace is having a plate of food on your table to feed your family… it means providing a Basic Income Grant and indigent grants.”

President Cyril Ramaphosa said during the Nelson Mandela Memorial Lecture on Sunday that the government was investigating the feasibility of introducing a Basic Income Grant. This comes after the R350 Social Relief of Distress grant was discontinued in April.

Civil society groups such as the #PayTheGrants campaign have lobbied for the grant to be reinstated and increased from R350 to R585.

In the aftermath of the violence, women have played a vital role in ensuring that the needs of their communities are met.

Blogger and entrepreneur Kirosha Kamal started the Facebook group Helping Hand South Africa to mobilise communities to conduct clean-up operations in Durban and provide food for those in need.

“What I found is that in addition to pointing people to where they could pick up food, diapers and which shops are open, it’s become a place of psychological help. People are literally crying, everything that they have built has been broken to the ground.”

Makan-Lakha pointed to statistics from the eThekwini Economic Development and Planning Committee that 50,000 informal traders in the city had lost their livelihoods, and women constitute the majority of the sector.

“We know whose mouths those informal traders feed.”

The unrest has left more than 200 people dead, while about 40,000 businesses were affected and the impact on the national GDP has been estimated at R50-billion. DM