The stunted arm of the law: Civilians step in as law enforcement is outnumbered and outwilled 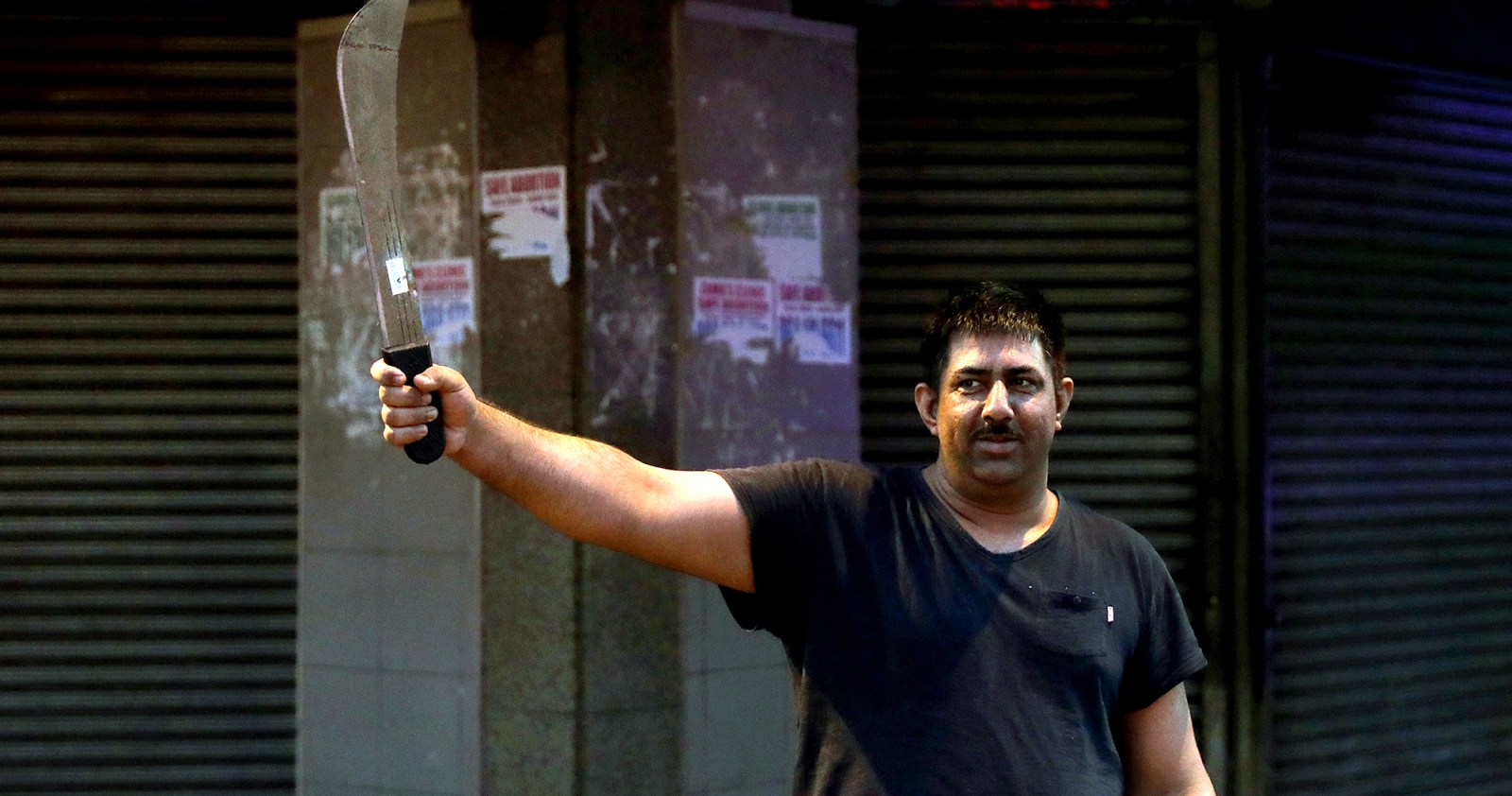 A shopowner holds a machete after staying up all night to protect his business during widespread looting and protests in Durban. (Photo: EPA-EFE / STR)

Communities across Gauteng and KwaZulu-Natal hit by waves of looting and destruction stepped in to plug the gap left by the crushingly poor efforts of law enforcement to contain this week’s mayhem.

The Durban township of Phoenix was bloody and it was deadly.

Elsewhere everything has been broken, stolen or burnt during several days of widespread looting and criminality that erupted in the wake of former president Jacob Zuma’s jailing for contempt of court last weekend.

It seemed hopeless until communities took it upon themselves to protect their shopping centres, the jobs that go with them, and their homes.

They became the human shields guarding businesses. Taxis were parked across a mall entrance in Johannesburg while manned barricades mushroomed around Durban to manage perimeter access in and out of neighborhoods.

There has been criticism about racial profiling at some of those “roadblocks”, while the trail of blood in Phoenix warrants urgent investigation.

But, for now, those community protection groups are likely to remain despite mixed signals from provincial authorities that they stand down.

These protection groups have given overwhelmed police officers breathing space to at least try to focus their efforts on the big targets – business and industrial parks and shopping centres.

The predominantly Durban-based groups emerged on Sunday night as the unrest moved closer to the city following initial attacks on trucks along the N3 and at the Mooi River toll plaza.

They were the result of undeniable concern for property and a government that seemed spectacularly stumped.

Within the space of five days since looting and unrest erupted last Sunday, South Africa twice heard from President Cyril Rampahosa. The second time he said nothing that could not have been said in his Covid-19 lockdown update on Sunday evening.

A security cluster briefing on Tuesday, which included State Security Minister Ayanda Dlodlo and her police counterpart, Bheki Cele, offered little, if any, comfort. (The reasons have been thoroughly documented by Daily Maverick over several months, including in this latest article.)

On Wednesday politicians in fine jackets made a public showing, mostly once the looting spree for bulk food, booze, flat-screen TVs, microwaves and fridges had moved to a new location.

Although the army had rolled into Durban on Tuesday night, the looting continued for that night and for much of Wednesday, escalating significantly in the city as well as in parts of Pietermaritzburg.

Law enforcement, by then boosted by some 2,500 soldiers, simply didn’t have a grip on things – they were outnumbered and seemingly outwilled.

By Sunday evening communities in Durban began organising themselves.

There were real concerns that organised criminals who had cashed in on the unrest would move to businesses in the suburbs and en route turn on private homes.

The neighbourhood WhatsApp groups went into overdrive, from parts of Durban North through to Morningside, Musgrave, Chatsworth, and many other neighbourhoods.

Police Minister Bheki Cele on Thursday confirmed that 20 people had died in Phoenix as a result of the unrest. But, Cele said, while racial profiling of motorists or pedestrians moving through the suburb had been an issue, the primary concern was criminality and not racism.

Similar concerns were expressed in other areas. 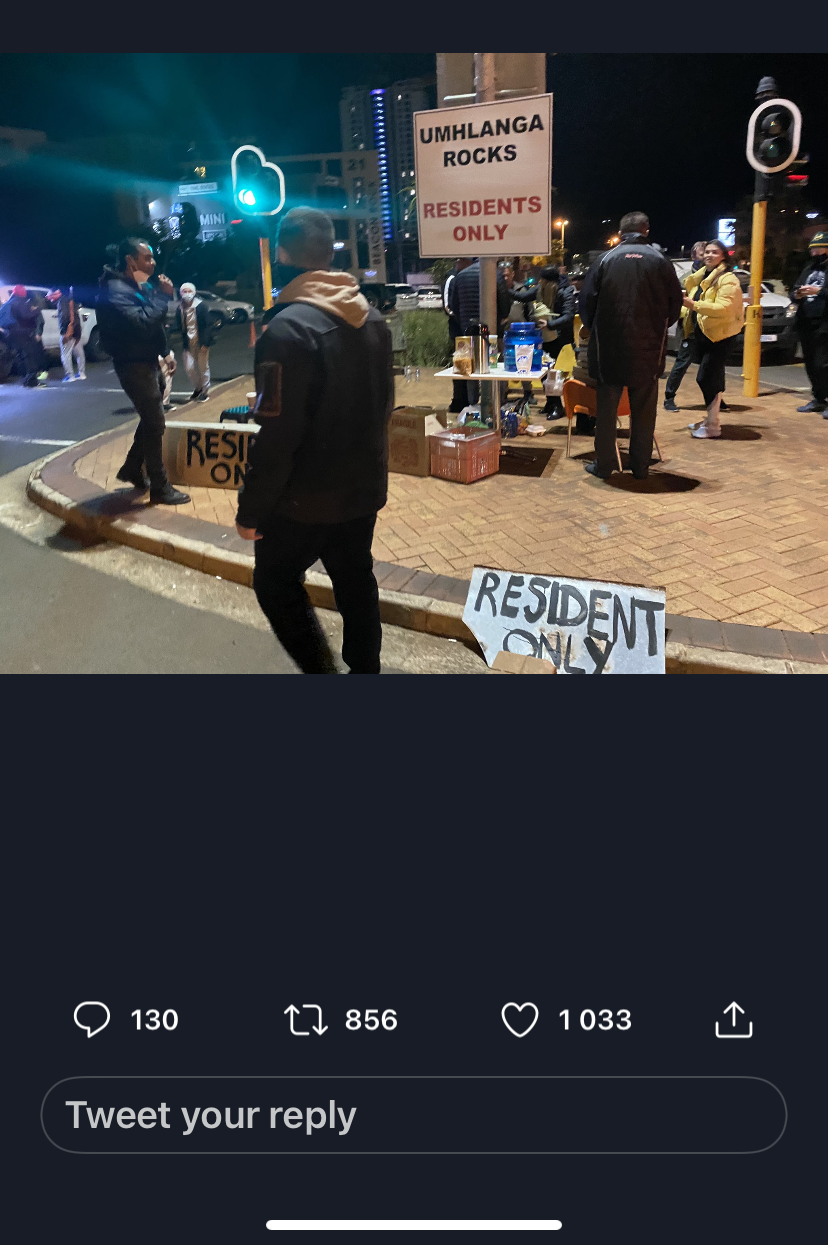 Disturbing scenes and videos purportedly emanating from Phoenix have emerged and investigations continue.

The events that unfolded in this township show that when ordinary citizens are expected to augment the thin blue line, good intentions can easily turn ugly.

Similar groupings that operate in other parts of the city appear to have been more structured.

Zello, the app that turns cellphones into walkie talkies, took off like wildfire and member numbers on individual groups shot up from a handful to hundreds, and even thousands in the case of eThekwini Secure, which had roughly 5,000 members by Wednesday evening.

These groups, in some cases, are made up of community policing forums (CPFs) and/or local security companies.

In the heat of Tuesday and Wednesday’s extended strikes on businesses, communications in some of the free app’s groups at times seemed panicky and haphazard.

In others they were strikingly organised, firmly rejecting petty tip-offs or redirecting food shortage inquiries to the WhatsApp channels.

The Zello channels were seemingly mostly restricted for serious “threats”, with members sharing alerts about vehicles that appeared to be loaded with loot or groups of pedestrians trying to move through with jerrycans.

Some of these networks lobbied local filling stations to limit petrol sales in containers – a logical step in an extremely volatile situation.

The Department of Mineral Resources later issued an official statement: 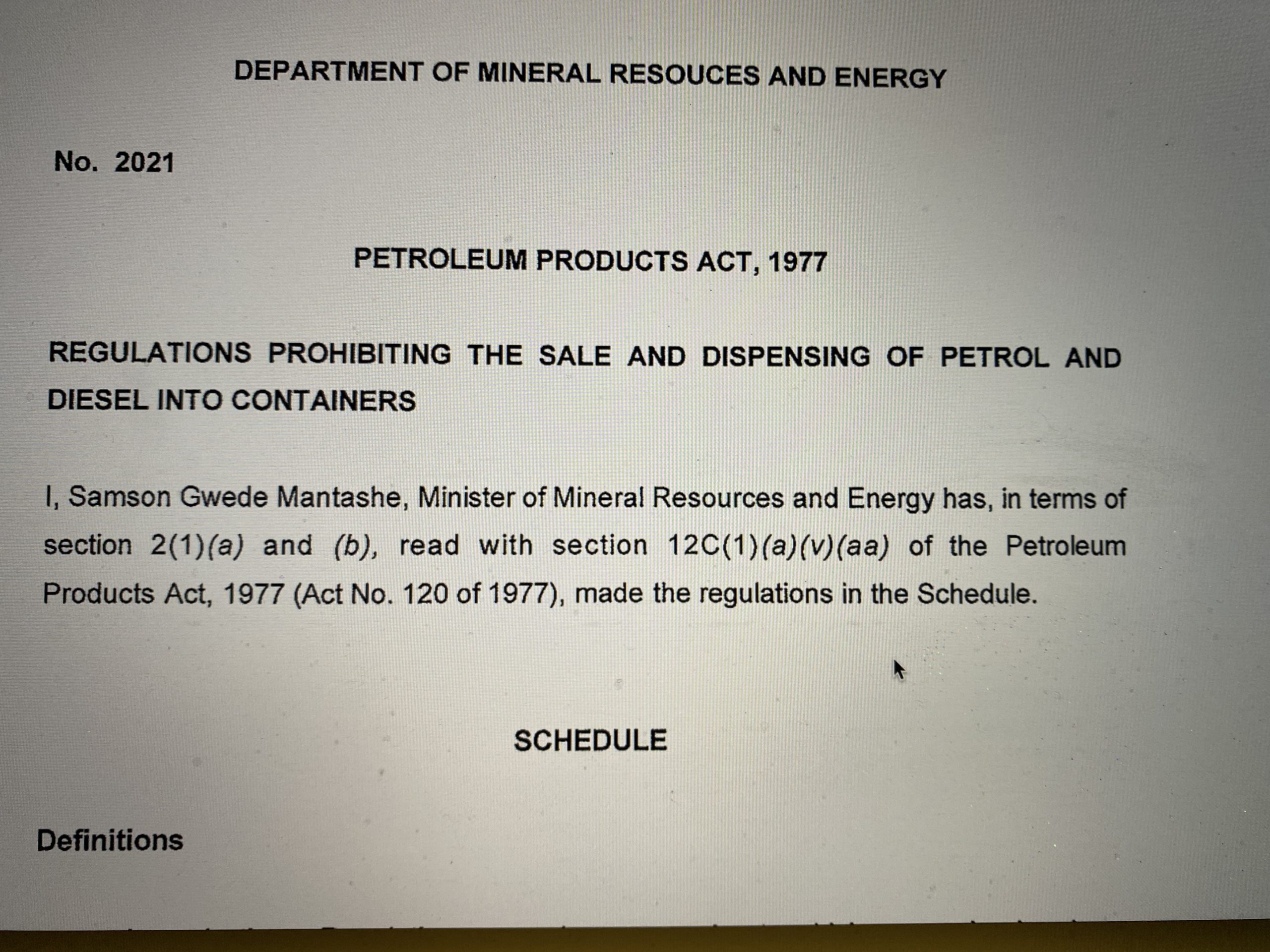 One of the volunteers told Daily Maverick the system was not perfect, but it had improved with each day and:

While CPFs were encouraged to assist police earlier in the week, by Thursday there was a very definite shift in attitude as some were asked to stand down and remove their barricades.

In the absence of a convincing alternative by law enforcement, this appears to be highly unlikely for now.

But as the mayhem began to settle, the initial rumblings of concern about “private policing” became louder, the criticism angrier.

“Racial profiling and waving guns at Black people is not ‘community safe’,” one Twitter user said.

The experts had called it and however good the intentions, armed private security composed of untrained civilians and in some cases good old “cowboy” types  simply won’t go down well without formalised protocols.

On Thursday morning Queen Nandi Drive in Durban – one of the worst-hit areas – became the scene of a mass clean-up mission.

Volunteers mobilised the crew and provided them with brooms and rubbish bags.

After days of relentless destruction, it provided for incredibly heartwarming scenes: South Africans united in the quest to reclaim some semblance of normalcy.

Said a Durban resident whose family was on active duty during the unrest: “It has given us peace of mind and a sense of regaining some control in the face of complete abandonment by the state.”

That and a sense of community cohesion built on law-abiding principles, and not anarchy. DM