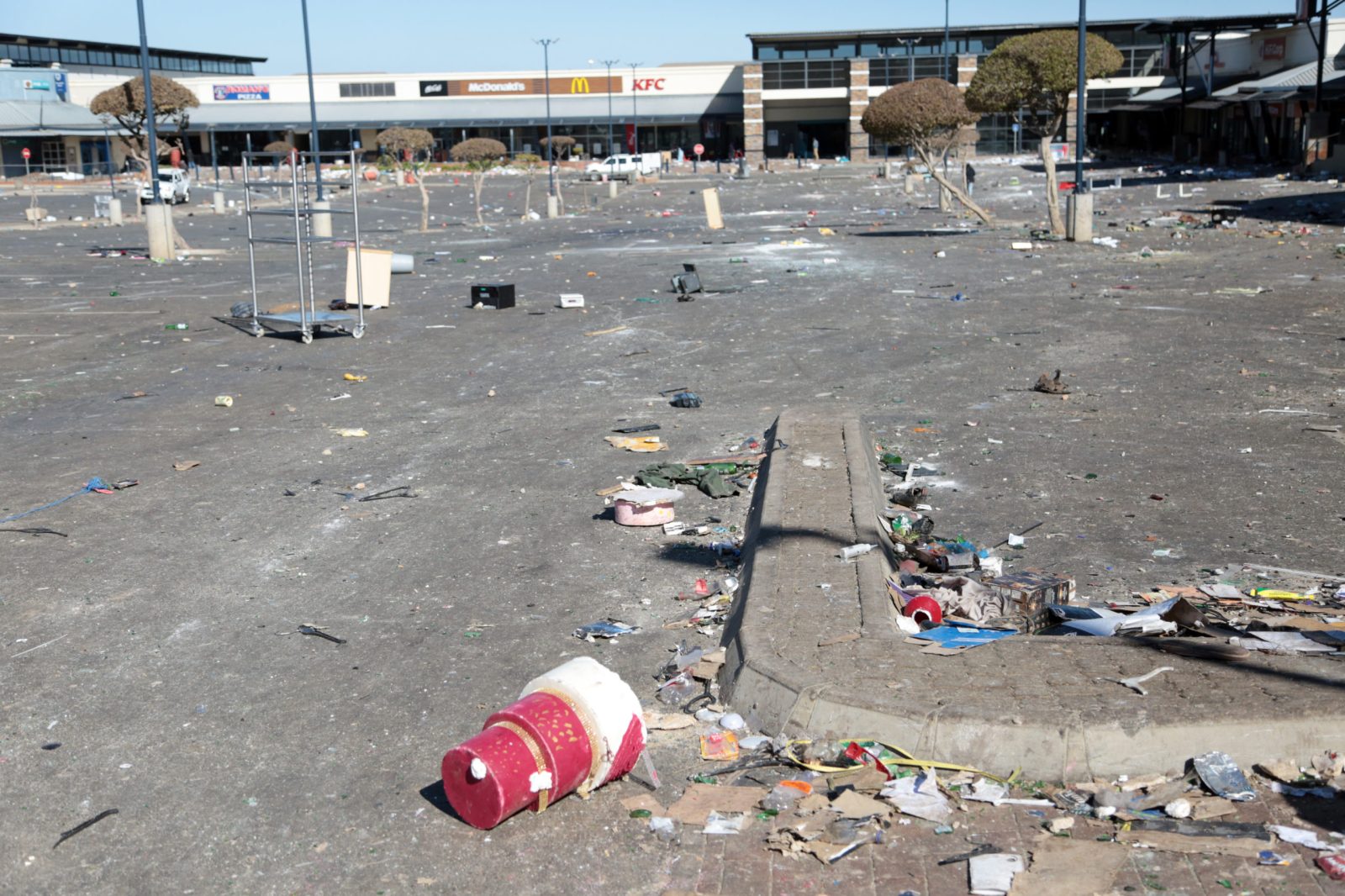 Damge can be seen at Jabulani mall in soweto, looters cleaned up the at most shopping malls in soweto after sporadic looting in the area.Photo:Felix Dlangamandla/Daily Maverick

Committee members haul police over the coals for failing to protect lives and property, accusing them of being asleep on the job.

At Friday’s parliamentary police meeting, committee members lambasted the South Africa Police Service (SAPS) for failing to protect the public and businesses as the violence and lootings unfolded this week.

“Crime intelligence and SAPS have failed South Africa, they were caught completely unprepared when it came to dealing with the situation,” said Inkatha Freedom Party MP Zandile Majozi.

Princess Faku, an ANC MP, also voiced her displeasure with the SAPS’s handling of the situation. “We’re not happy with what we’ve seen. When the violence started, you couldn’t even see any effort from SAPS. SAPS was just standing there and doing nothing,” said Faku.

Speaking on SAPS’ perceived inaction, EFF MP Henry Shembeni asked how Jabulani Mall was looted when it wasn’t too far from the police station. “We also saw visuals of police officers just watching. Why were they just standing with their hands in their pockets?”

The DA’s Andrew Whitfield asked about State Security Minister Ayanda Dlodlo’s statement that her department had given SAPS a dossier regarding the impending violence. “Will SAPS concede that you failed to respond to the intel provided? Was it deliberate sabotage by some people in the police, or is it pure incompetence?” asked Whitfield.

“But I must concede that we could have handled it better,” Mathale told the committee.

When asked for details about the investigation of the instigators, Khehla Sitole, the National Police Commissioner, declined to comment.

However, Sitole did confirm that at about 2am today a person was arrested on the West Rand in Gauteng for inciting violence through social media.

Committee members asked for a comprehensive report of what happened this week. Sitole said that once the situation has been “stabilised and normalised” they’ll be putting together a “post-mortem report”.

The committee is headed to KwaZulu-Natal and Gauteng next week for an oversight visit. DM