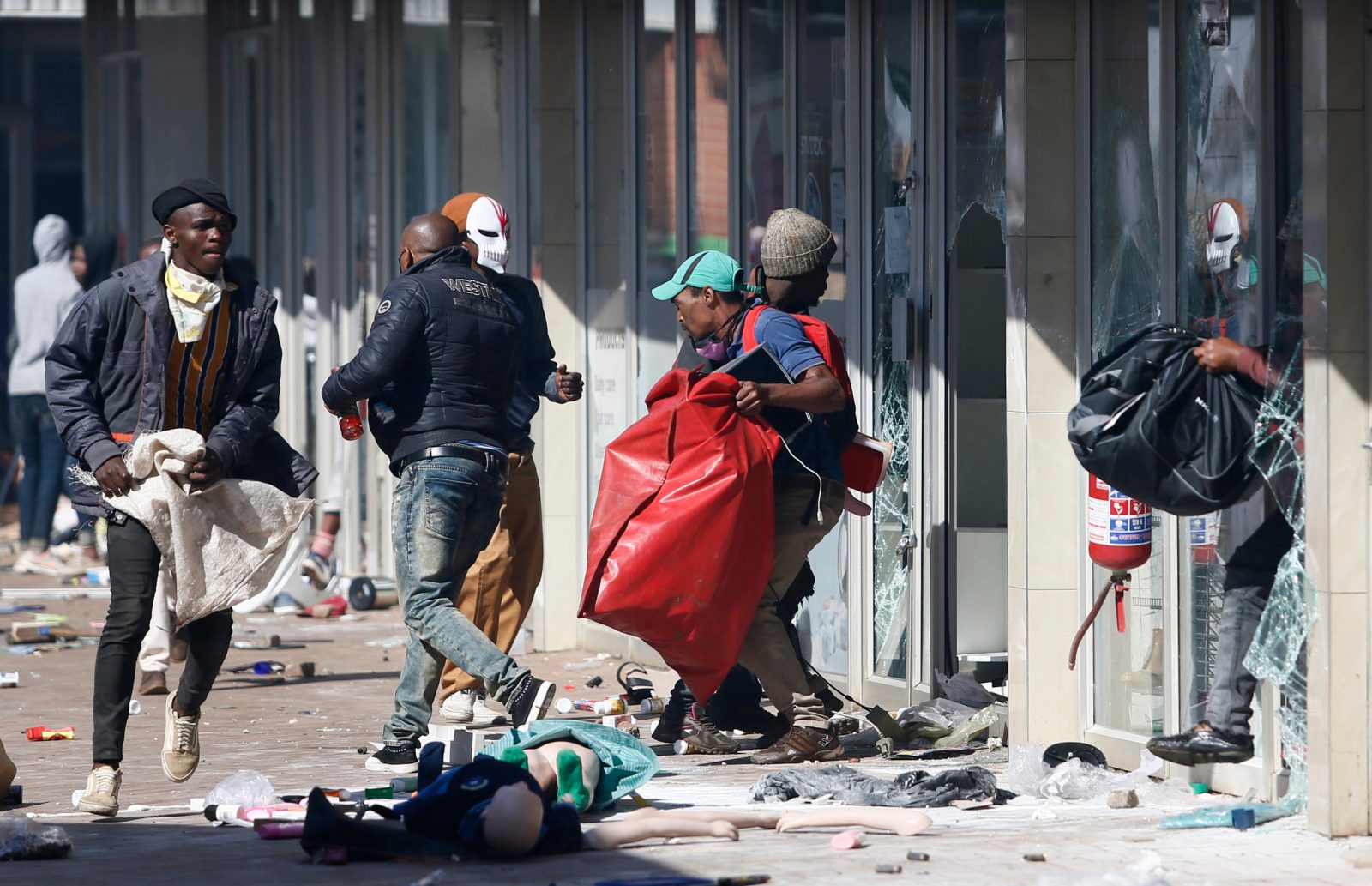 At an online panel discussion organised by Defend Our Democracy, Cosatu General Secretary Bheki Ntshalintshali backed the South African Council of Churches’ recommendation for looters to be granted amnesty.

At an online panel discussion on Thursday, Cosatu General Secretary Bheki Ntshalintshali said that “people stealing bread can’t be treated the same way as those stealing TVs” and should be considered for amnesty.

Ntshalintshali was speaking at Defend Our Democracy’s online discussion on the violence and looting which has unfolded in KwaZulu-Natal and Gauteng over the past few days.

Ntshalintshali’s comment comes after a South African Council of Churches (SACC) briefing earlier on Thursday where General Secretary Bishop Malusi Mpumlwana recommended that those who have looted be granted amnesty.

“Churches wish to encourage people who have looted to attempt to return things they stole, by delivering them at the nearest police stations. We do not expect a large-scale uptake of this, but we know that it is already in consideration in certain communities. The SACC requests the police to declare an amnesty for a period, say a week or two, during which time anyone who returns goods will not be prosecuted,” reads the SACC’s statement.

Ntshalintshali said the state should be sober in dealing with these issues and be aware of the fact that poor people will not have access to justice.

Bishop Ezekiel Mathole pointed out that many of the people involved in the unrest were young or ordinary citizens who went with the mob and that we can’t ignore the kingpins who orchestrated the violence and looting.

In a briefing on Thursday, the Acting Minister in the Presidency, Khumbudzo Ntshavheni, said one of the alleged 12 instigators of the violence over the last week had been arrested. She did not provide the name of the suspect and said police are monitoring the remaining 11 suspected agitators.

Ntshavheni said the situation in Gauteng was “largely calm” while “KwaZulu-Natal remains volatile but much improved and is moving towards stability”.

She said the decrease in violence was linked to the deployment of the SANDF, with 10,000 of an expected 25,000 members of the military currently on the streets. A key priority for the deployment is reopening key economic nodes closed during the violence, including the N2 and N3, said the minister.

The mass looting is also happening during South Africa’s third wave of Covid-19. The fact that looters are maskless and in confined spaces “is a recipe for a superspreader” which we will see in seven to 10 days, said Quarraisha Abdool Karim, an infectious diseases epidemiologist.

Karim said that the supply of oxygen and pharmaceutical supplies had been disrupted by the violence and that vaccination sites in the two provinces had been forced to close.

“We’ve often said that those who are corrupt will do everything to make sure that they don’t go to jail. They’ve previously said that they’d be willing to destroy the country if they have to and that’s what we’re seeing now,” said the Rev Frank Chikane, who is one of the conveners of Defend Our Democracy.

“This is looting that’s done to impoverish the poor. They want the looting to look like poor people are doing it to protest Jacob Zuma’s imprisonment, but that’s not true,” said Chikane.

During the Defend Our Democracy event, panellists applauded residents for safeguarding their communities.

“Seven out of the provinces are showing relative stability because the people stood up and drew a line to ensure that there was no spillover in their areas,” said Sydney Mufamadi, the former minister of safety and security. DM