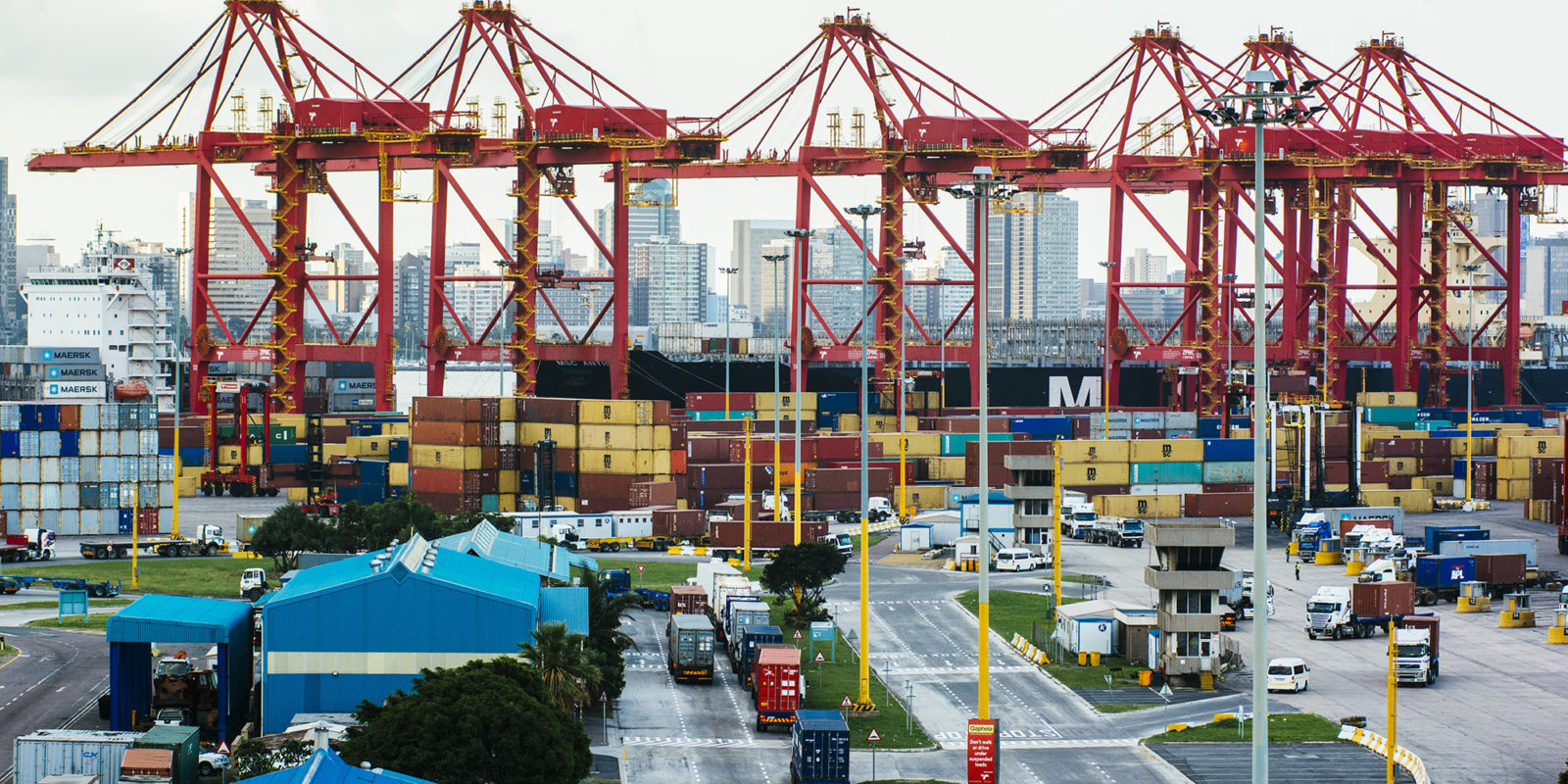 Ship-to-shore cranes stand above shipping containers on the dockside at the Port of Durban, operated by Transnet. (Photo: Waldo Swiegers / Bloomberg via Getty Images)

Ongoing social unrest in KwaZulu-Natal and Gauteng has resulted in the suspension of transport operations along the Natcor rail line — a substantial blow to South Africa’s embattled economy.

The ports arm of state logistics firm Transnet on Wednesday declared force majeure on its Natcor rail line that connects Gauteng and KwaZulu-Natal, due to ongoing riots and social unrest in the two provinces, a move that risks halting the country’s lucrative mineral and fresh produce exports that have so far been a salve to ailing economic growth.

The 688km Natcor rail line links mines and farms in the northern regions of the country to the Durban and Richards Bay ports, where the goods are packed into shipping containers bound for lucrative markets in Asia, Europe and the United States.

“The unrest and subsequent closure of roads has meant employees are not able to report for duty. All affected customers have been notified, and we continue to work on solutions to mitigate the current challenges to ensure that we are able to deliver goods into and out of the country,” said Transnet spokesperson Ayanda Shezi.

The declaration of force majeure, a clause in contracts that frees both parties from liability or obligation when an extraordinary event beyond the control of the parties disrupts the normal course of business, means that producers will have to hold on to their goods and products until Transnet can resume operations.

While car makers and miners may be able to delay shipments indefinitely, exporters of fruit and vegetables have a much smaller time window and stand to lose millions each day as their products sit idle at the ports or rot on the vine since they cannot be picked and stored with fridges already overflowing and no workers to do the picking.

Chief executive of the Fresh Produce Forum, Anton Kruger, said the longer fresh fruit meant for export stood at the ports, the more the fruit lost its quality, meaning farmers would have to charge a lower price, denting their bottom lines and ultimately leading to farmworkers being paid less or losing their incomes entirely.

“Transnet has not been accepting any goods at the ports, for offloading or onloading. Terminals are not operating and the cold storages and pack houses at the ports are closed, so there’s nowhere to put the fruit,” Kruger told Business Maverick. “It’s a waiting game, but that means hundreds of thousands of rands are being lost every day.”

In 2020, South Africa exported 146 million cartons of citrus, becoming the second-largest exporter of fresh citrus in the world, according to the Citrus Growers’ Association of South Africa. BM/DM