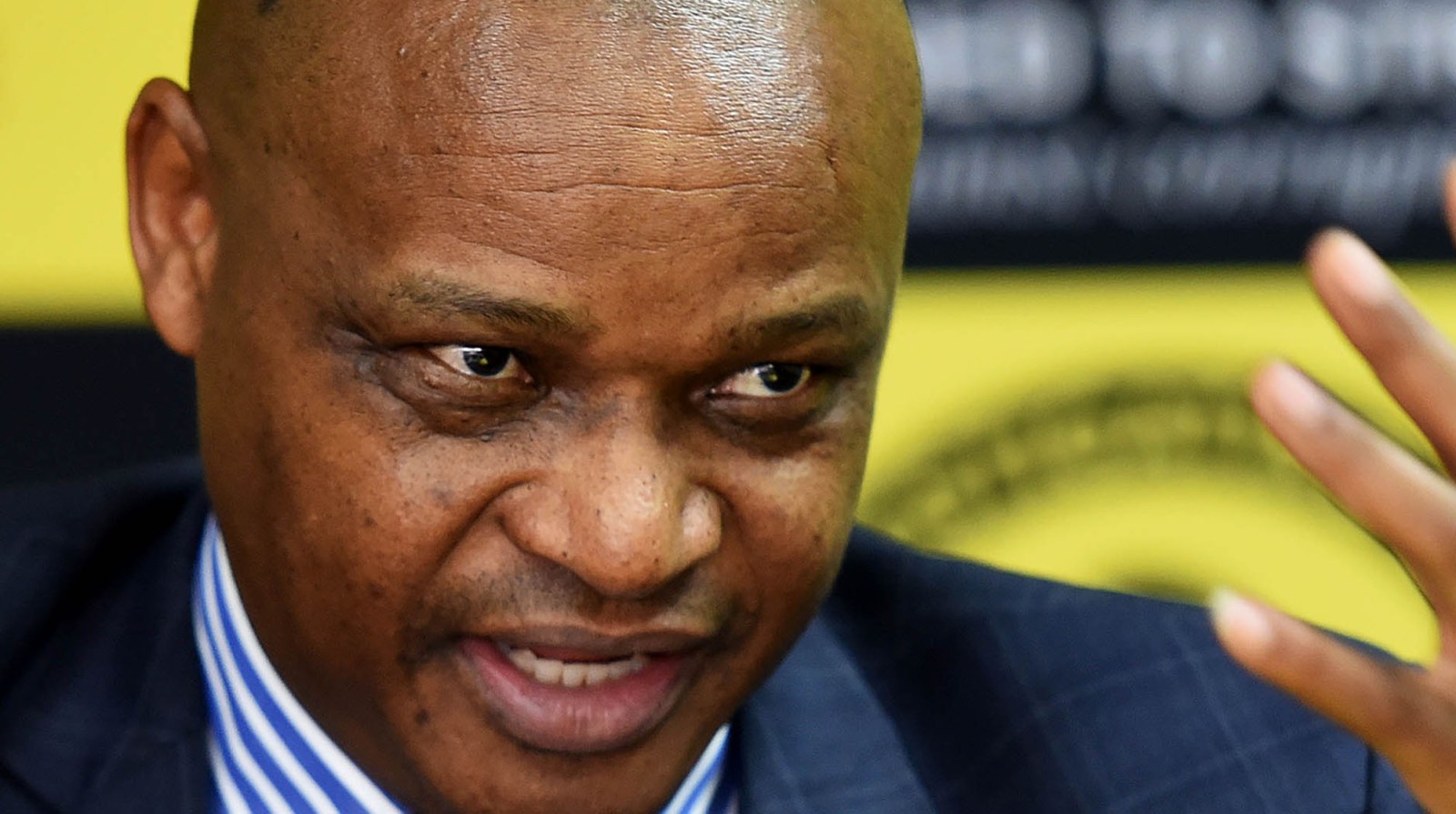 The Special Investigating Unit report on the dodgy R150m Digital Vibes communications tender was updated after submission to President Cyril Ramaphosa. That’s why Parliament’s public spending watchdog, Scopa, was asked to delay a briefing on the report.

The report on the health department’s dodgy R150-million Digital Vibes tender, which benefited Health Minister Zweli Mkhize but then got him put on special leave, was handed to President Cyril Ramaphosa by the Special Investigating Unit (SIU) as scheduled on 30 June. That’s on public record.

What hasn’t been on public record, until Tuesday’s meeting of the Standing Committee on Public Accounts (Scopa), was that more information was added to that report on 2 July.

“The Presidency could only commence to consider the report once the additional information reached them on 2  July 2021. In view of the Presidency is considering [sic] the report, SIU respectfully requests Scopa to reschedule the requested update by the SIU on the investigation involving Digital Vibes,” read a letter that SIU boss advocate Andy Mothibi wrote to Scopa on the eve of Tuesday’s meeting.

Scopa Chairperson Mkhuleko Hlengwa raised this at the start of the meeting — “At this point in time they [the SIU] are not in a position to engage until the flow of information is resolved” — and later read the letter into the record.

The SIU request came as the acting Minister in the Presidency, Khumbudzo Ntshavheni, in a series of letters since Monday, indicated that because the Presidency had received only progress reports on the Covid-19 PPE corruption, it could not brief Scopa.

The Presidency also was not in a position to brief on the disciplinary proceedings, steeped in litigation, of Public Works Director-General Sam Vukela, who was, in late July 2020, suspended in relation to mismanagement and overspending on state funerals.

“We believe that both the disciplinary process and the litigation are at a delicate state and therefore it would not be prudent to report on them at this stage. The possibility of compromising either process mitigates against a briefing at this stage,” Ntshavheni wrote on 5 July, alongside a timeline that shows Vukela has taken his case to the bargaining chamber from 7 July.

Scopa wanted to hear from the Presidency as the instance responsible for processing — and implementing — these reports. That was the message repeated on Tuesday.

“It is unfortunate… and a missed opportunity not to be here, subjecting themselves to Parliament oversight,” said Hlengwa, adding that the minister had asked to be excused to attend the National Coronavirus Command Council (NCCC).

But the Digital Vibes briefing dropping off Scopa’s agenda wasn’t the curveball. That was Deputy Police Minister Cassel Mathale announcing that the ministry would “formally communicate with the Speaker so that these issues of how we manage the flow of information does not compromise the processes [of investigation].

“It is very sensitive. It is very important that while we give you information, it shall be done in such a manner that it does not compromise processes.”

It would probably also have to involve the justice minister. And it’s not just Scopa that would be affected.

“We [the police] have agreed in a meeting where we discussed these issues. We agreed we should formally talk with the Speaker, so it’s not just about Scopa,” said Mathale.

“We appear in other committees where we are asked a variety of questions. The work that we [SAPS, SIU, NPA] do affects the entirety of government.”

The formal approach to National Assembly Speaker Thandi Modise would aim to reach “a common approach… generally how we interphase and ensure we are accountable for our action without compromising the work we are supposed to deal with”.

It emerged that the House Chairperson for Committees, Cedric Frolick, would be one of those whom the police would approach, given the deputy minister’s comments on behalf of the whole security cluster, which includes intelligence, military, home affairs and justice.

Earlier in the Scopa meeting the prosecutions and Hawks bosses raised their discomfort about briefing on the progress of the investigation, and potentially giving away information.

National Director of Public Prosecutions Shamila Batohi raised “serious concern” about the extent of information that should be provided to Scopa. “What is accountability to Scopa? How do we do this… without compromising those very, very complex investigations?”

Hawks boss Lieutenant-General Godfrey Lebeya prefaced his progress briefing on various investigations by saying, “This is a public platform; some of the criminals become aware this is how the police do their work.”

Such concerns came even though Hlengwa, who as Scopa chairperson sets the tone, had assured everyone that the committee “does not want to derail or compromise any investigations”, that this was not the aim of the briefing.

Generally speaking, lawmakers have been accommodating when concerns are raised, although most committees draw the line at giving ministers and their officials a free ride. Some committees do so more effectively than others.

Over the years MPs have not pushed for details against all sense and sensibilities. It has been left to presenters to motivate why certain details could not be disclosed — although that has made officials and ministers uncomfortable on many occasions.

The police ministry’s push to set boundaries to what may or may not be disclosed in Parliament has potentially damaging implications. Never mind that it’s tantamount to the executive — which has the constitutional responsibility to account to Parliament — wanting to set the terms by which it does this.

Section 57 of the Constitution states that the National Assembly determines and controls its own internal arrangements, and makes “rules and orders concerning its business with due regard to representative and participatory democracy, accountability, transparency and public involvement”.

Section 59 of the Constitution says the National Assembly “must conduct its business in an open manner, and hold its sittings and those of its committees in public”.

The National Council of Provinces has the same provisions.

“The National Assembly may not exclude the public, including the media, from a sitting of a committee unless it is reasonable and justifiable to do so in an open and democratic society,” says Section 59(2) of the Constitution.

These constitutional responsibilities are enshrined in Parliament’s rulebook, and Rule 167 allows a committee to set its own work method and to summon anyone to appear before it.

Over the years MPs have not pushed for details against all sense and sensibilities. It has been left to presenters to motivate why certain details could not be disclosed — although that has made officials and ministers uncomfortable on many occasions.

On Tuesday the ANC seemed prepared for Mathale’s announcement that the Speaker would be approached about investigative disclosures by police prosecutors and specialist investigation entities to Parliament’s committees.

“We really are understanding and we are here not to compromise investigations. Sub judice, in-progress, sensitive information is not what we want,” said ANC MP Bheki Hadebe.

“It’s not simply a case of saying to presenters, at your discretion decide what’s sensitive and what’s not. We can’t give a carte blanche to presenters.”

And it could not be just about concluded cases, said Lees, citing the Steinhoff saga, which is frequently described as the biggest private sector white-collar fraud.

“The Steinhoff case has been going on for years and there have been no charges. [Ex-CEO] Markus Jooste lives a life of luxury.”

“We await the guidance of the Speaker if the executive wants to approach the Speaker and House chairperson for committees,” was how Hlengwa summed it up.

But the last word on the, now final, Digital Vibes report came from the Presidency, well after the Scopa meeting.

“The Presidency is studying the report and will keep the public abreast of developments in this matter. It will do so in a manner that preserves information that may be or become the subject of prosecution, civil action or disciplinary proceedings.” DM