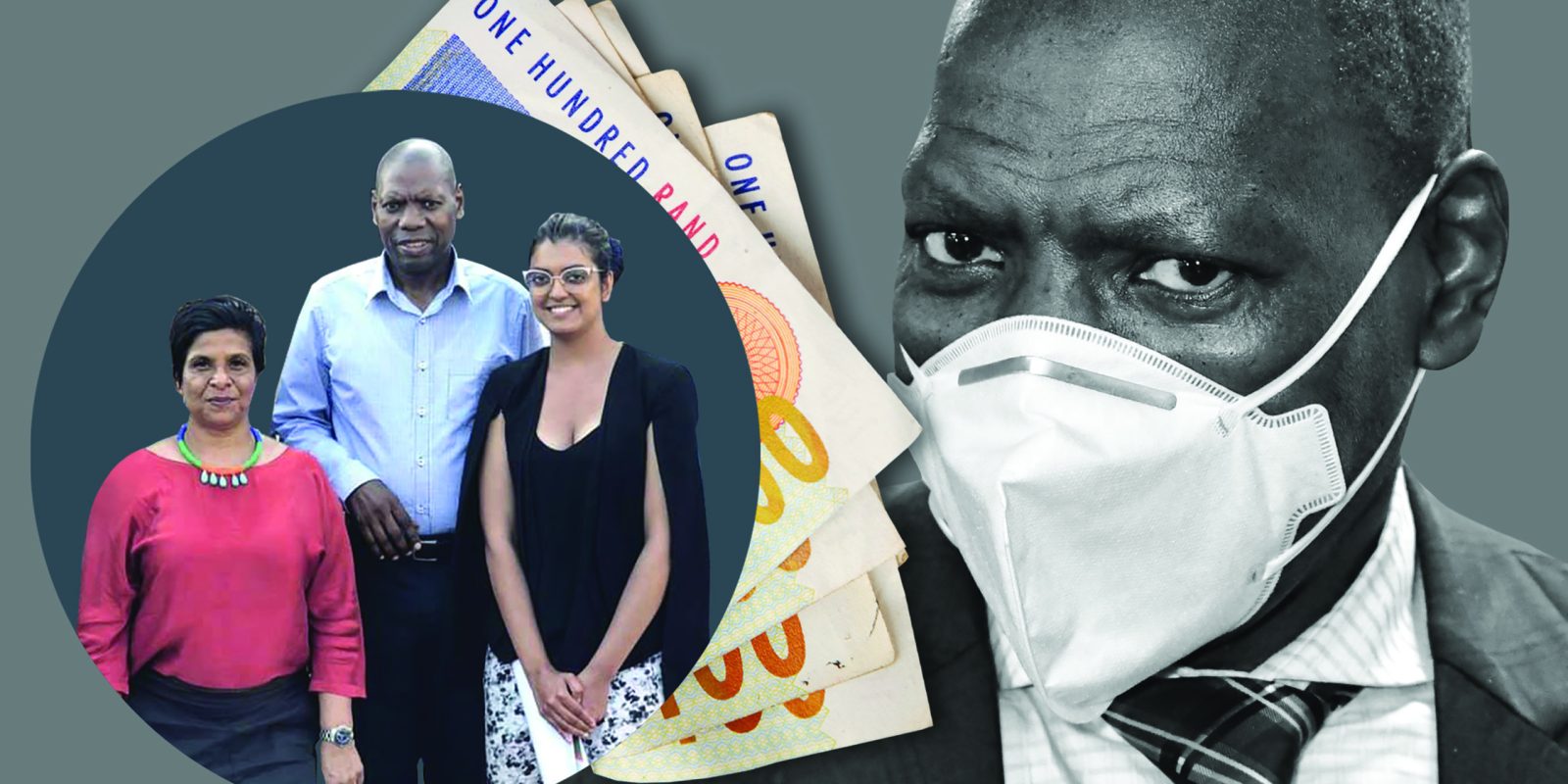 On Wednesday, 26 May 2021, Health Minister Zweli Mkhize announced that the R150m communications contract his department awarded to Digital Vibes had been irregular. Here is the complete set of investigative reports on this matter from Daily Maverick’s Scorpio.

The oddly named company Digital Vibes first caught our eye in 2020, while Scorpio was scrutinising the National Treasury’s database for Covid-19 expenditure.

Something just felt off, and our suspicions would ultimately turn out to be justified.

In late February 2021, after months of digging, we revealed that Digital Vibes had clinched R82-million in Covid-19 expenditure from the Department of Health (DoH).

Digital Vibes was appointed by the DoH in late 2019 to work on a communications plan for the National Health Insurance (NHI) programme, but its scope of work was later extended to include Covid-19.

Crucially, we reported that Tahera Mather and Naadhira Mitha – two long-time associates and alleged friends of Mkhize – had been roped in for the deal as paid consultants to Digital Vibes.

What’s more, the same firm had also secured a contract from an agency overseen by the Department of Cooperative Governance and Traditional Affairs (Cogta) in 2018, while Mkhize was the minister for this portfolio.

Next, on 4 March 2021, we published a story that gave rise to questions as to who exactly controlled Digital Vibes.

Digital Vibes’ managing director is KwaZulu-Natal local Radha Hariram, but it seemed improbable that she was actually in charge of the business, especially as far as its work for the DoH was concerned.

We revealed that Hariram – who had ties to Mather – worked at a fuel station in the town of Stanger, while Digital Vibes was executing the DoH project from an office in Johannesburg.

If Hariram was indeed the firm’s managing director, why had DoH staffers never heard of her, and why had they only interacted with Mather and Mitha, we asked Pillay.

“Is it a law or rule that a director of a company must work with or have personal interactions with their clients or customers? Probably most of Checkers and Pep stores staff do not know who Christo Wiese is or how he looks,” stated Pillay, ignoring the obvious differences in size between the obscure Digital Vibes and Wiese’s retail behemoth.

On 16 March 2021, we revealed even more links between Digital Vibes and Mkhize.

Yenzi Sokhela, who had previously worked at the minister’s Pietermaritzburg-based Ikusasa Le Afrika Foundation, had joined Mather and Mitha as a Digital Vibes “consultant” after the firm secured the DoH contract.

Like Mather and Mitha, Sokhela had also worked on Mkhize’s so-called #Unity campaign ahead of the ANC’s Nasrec conference in 2017.

When Mkhize was still the ANC’s treasurer-general, Makhosazana Mthethwa worked in the party’s communications unit at Luthuli House, and she has been photographed with Mkhize on at least one occasion.

After we had obtained documents through a Promotion of Access to Information Act application regarding Digital Vibes’ 2018 contract from Cogta’s Municipal Infrastructure Support Agent, we revealed on 21 April 2021 that the company had secured this deal through some dubious means.

In its bid documents, Digital Vibes had apparently lied about its staff complement, and it had even submitted fake or fraudulent examples of some of its previous work.

Finally, on 23 May 2021, we reported that huge amounts of money from Digital Vibes’ NHI and Covid-19 work for the DoH had been funnelled to entities set up or controlled by Mitha, Mather and her closest family members, as well as to other questionable destinations.

It turned out that the R82-million mentioned in our first report only represented some of the payments related to Covid-19 services and that the firm had, in fact, received an eye-watering R150-million from the department between January 2020 and February 2021.

Documents in our possession showed that Digital Vibes had been paid for allegedly inflated services and that the firm even profited from the Covid-19 pandemic by billing the department for Mkhize’s media briefings and other engagements.

The rather meagre R2,5-million Hariram had received, as opposed to the R60-million channeled to Mitha, Mather and Mather’s family, seemed to confirm our suspicions that Mkhize’s associates had indeed been in control of Digital Vibes and its accounts all along. DM