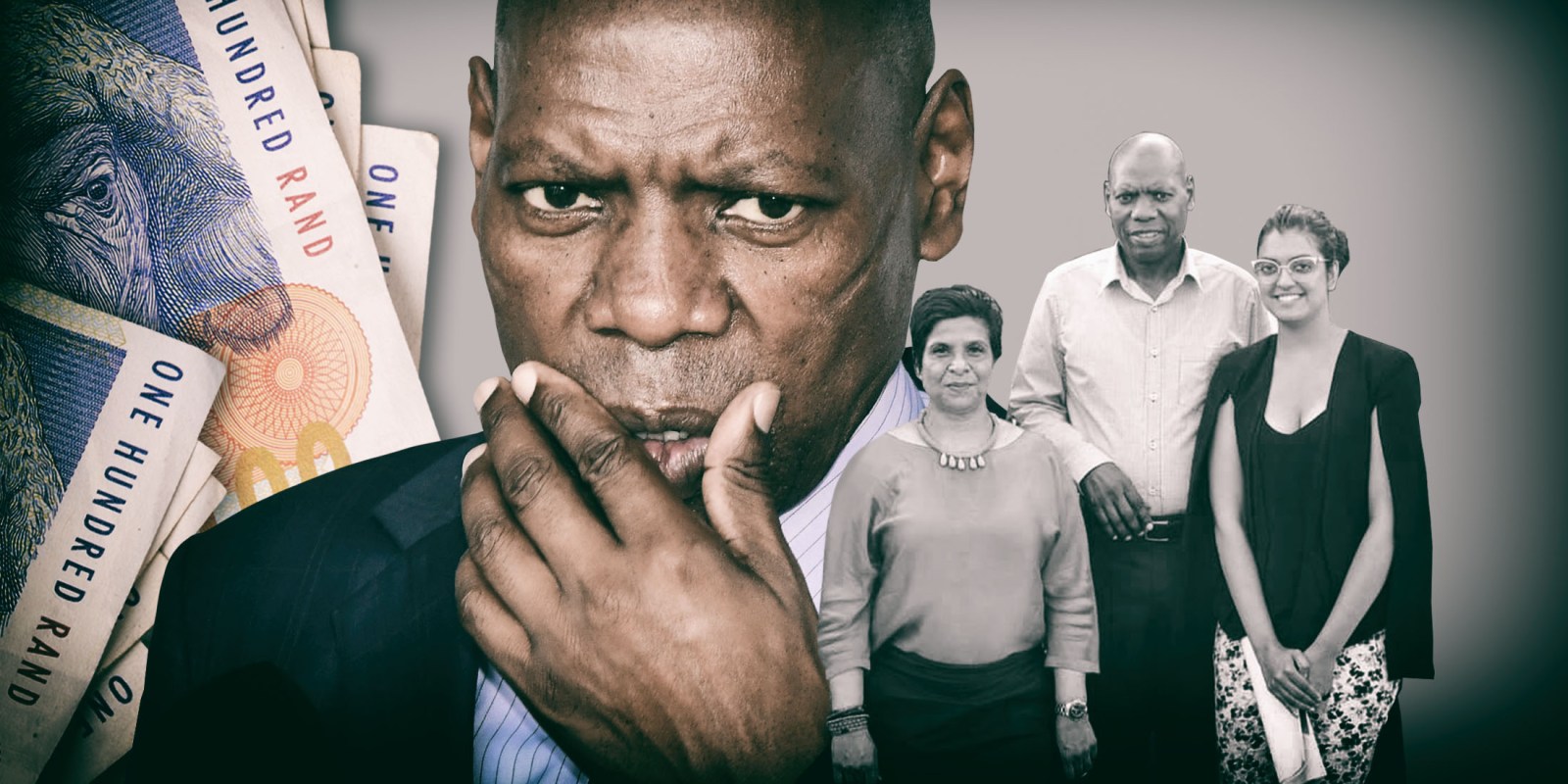 The Department of Health has suspended a questionable Covid-19 communications contract while it is being probed by a forensic investigator. The SIU is also investigating the contract.

We revealed that Tahera Mather, 55, Mkhize’s long-time personal spokesperson, and Naadhira Mitha, 30, his former personal assistant, beneﬁted from Digital Vibes’ DoH contract by working for the company as paid consultants.

The ﬁrm was ﬁrst roped in by the department in late 2019 to deliver communications services for the National Health Insurance (NHI) roll-out, but its services were extended in March 2020 to include Covid-19.

This week marks one year since the pandemic arrived in South Africa.

Unlike some provincial health departments, the national department has so far been spared major scandals relating to its emergency procurement.

The Digital Vibes matter could change all of that.

He said this was done because of an ongoing probe by a forensic investigator appointed by the department.

“Our instructions are that the contract was not terminated but suspended to facilitate and allow the SIU investigation,” Digital Vibes’ principal director, Radha Hariram, said through her attorney.

Company records present Hariram as Digital Vibes’ boss. When the company passed resolutions, for instance, Hariram signed the paperwork. But several factors suggest she was not really in charge of Digital Vibes’ business dealings. Rather, it appears that Mkhize’s associates, Mather and Mitha, pulled the strings.

Scorpio has established that Hariram worked at a fuel station in her hometown of Stanger in KwaZulu-Natal while Mather and Mitha oversaw the DoH communications work from an oﬃce in Johannesburg.

Hariram and Mather, who also hails from Stanger, have known each other for many years, according to Hariram’s lawyer.

Much of our focus so far has been on Mather, who practically clung to Mkhize as his communications aide since his days as the ANC’s Treasurer-General. She played a key role during his unsuccessful #Unity campaign to win the party’s top position at the ANC’s Nasrec conference in 2017.

Scorpio can now reveal that Mitha, who is Mather’s niece, worked in Mkhize’s oﬃce at the DoH right up to the point when she moved over to Digital Vibes as a consultant.

This happened at the end of March 2020, when Digital Vibes began shifting its focus from the NHI to Covid-19.

“She then resigned after advising that the Ministry work was taking a toll on her personal life due to the extensive travelling. She also wanted to pursue better work opportunities that would allow her to grow as a BCom Accounting graduate whilst being based in the same city with her family,” the department added.

This ﬁts with a timeline of events informed by several source accounts and related information.

“Naadhira [Mitha] joined Digital Vibes somewhere towards the end of March or early April,” said one individual with direct knowledge of the company’s DoH contract.

In other words, Mitha allegedly left her position as Mkhize’s PA to take up a lucrative consultancy gig with a company that had just secured a fat communications deal from her former boss’s department.

Mitha has so far shown little interest in discussing the matter.

She vowed to comment before our ﬁrst story went out, but never did so. Since then, she has been ignoring our messages and she won’t answer our phone calls.

By the looks of it, Mather has also gone to ground.

The company was registered to Hariram’s home address in Stanger. And we couldn’t ﬁnd much in the way of a track record that backed up its ability to deliver on large communications projects.

The government’s tender bulletins reﬂected only one earlier contract awarded to Digital Vibes before the DoH deal, which led us to another red ﬂag.

In 2018, the company scored a R3.9-million communications contract from the Department of Co-operative Governance and Traditional Aﬀairs (Cogta).

At the time, Mkhize happened to be the minister in charge of Cogta, his ﬁrst position in President Cyril Ramaphosa’s Cabinet after Nasrec.

In 2019, after Mkhize had been moved to the DoH, Digital Vibes won the NHI communications contract.

So it appeared as if Digital Vibes had been following Mkhize from department to department.

Around the time that Digital Vibes secured the Cogta deal, Mather worked as Mkhize’s personal spokesperson.

But she had two jobs.

We found content on her social media pages that appeared to be linked to the Cogta communications contract.

Before she slid oﬀ the radar, Mather admitted to Scorpio that she had worked as a consultant to Digital Vibes for the Cogta project, just as she had done after Digital Vibes secured the DoH deal.

So not only does it appear as if Digital Vibes followed Mkhize wherever he went, but his personal spokesperson happened to beneﬁt from consulting gigs directly linked to contracts from two separate departments under Mkhize’s leadership.

It remains to be seen whether this was pure coincidence.

“The minister in any government department is not involved in any procurement process. That is the full prerogative of the sitting accounting oﬃcer at that department based on the PFMA [Public Finance Management Act],” Buthelezi told 702’s Clement Manyathela after our ﬁrst exposé.

Mather and Mitha may have left the scene, but Hariram has been ﬁelding our queries through her lawyer.

Some of her responses are quite interesting. We wanted to know how a company with no apparent footprint in the communications space managed to land such lucrative government deals.

“Many small Black companies do not have websites, operate from a home oﬃce and albeit quite ‘new’ have Government tenders. Investigate this,” she countered.

We pointed out to her that some of the DoH’s key staﬀers involved in the NHI and Covid-19 communications projects hadn’t heard of her. They had only ever met and worked with Mather and Mitha.

Hariram was unphased by this.

“Is it a law or rule that a director of a company must work with or have personal interactions with their clients or customers? Probably most of Checkers and Pep stores staﬀ do not know who Christo Wiese is or how he looks.”

But how did Hariram juggle her responsibilities as an employee at the fuel station in Stanger with her duties as Digital Vibes’ boss?

“Radha was not needed on a full-time basis for this contract. She had consultants to [do] the work. Please do not forget that Radha is a director, and she did not have any obligation to do any work (like an employee) for Digital Vibes,” stated her lawyer in reference to the 2018 Cogta contract.

Finally, we wanted to know if Hariram really had zero experience in the communications business.

“Is it also necessary for a director of a company to have a personal background in respect of the business the company conducts? This is ridiculous at best,” stated Pillay.