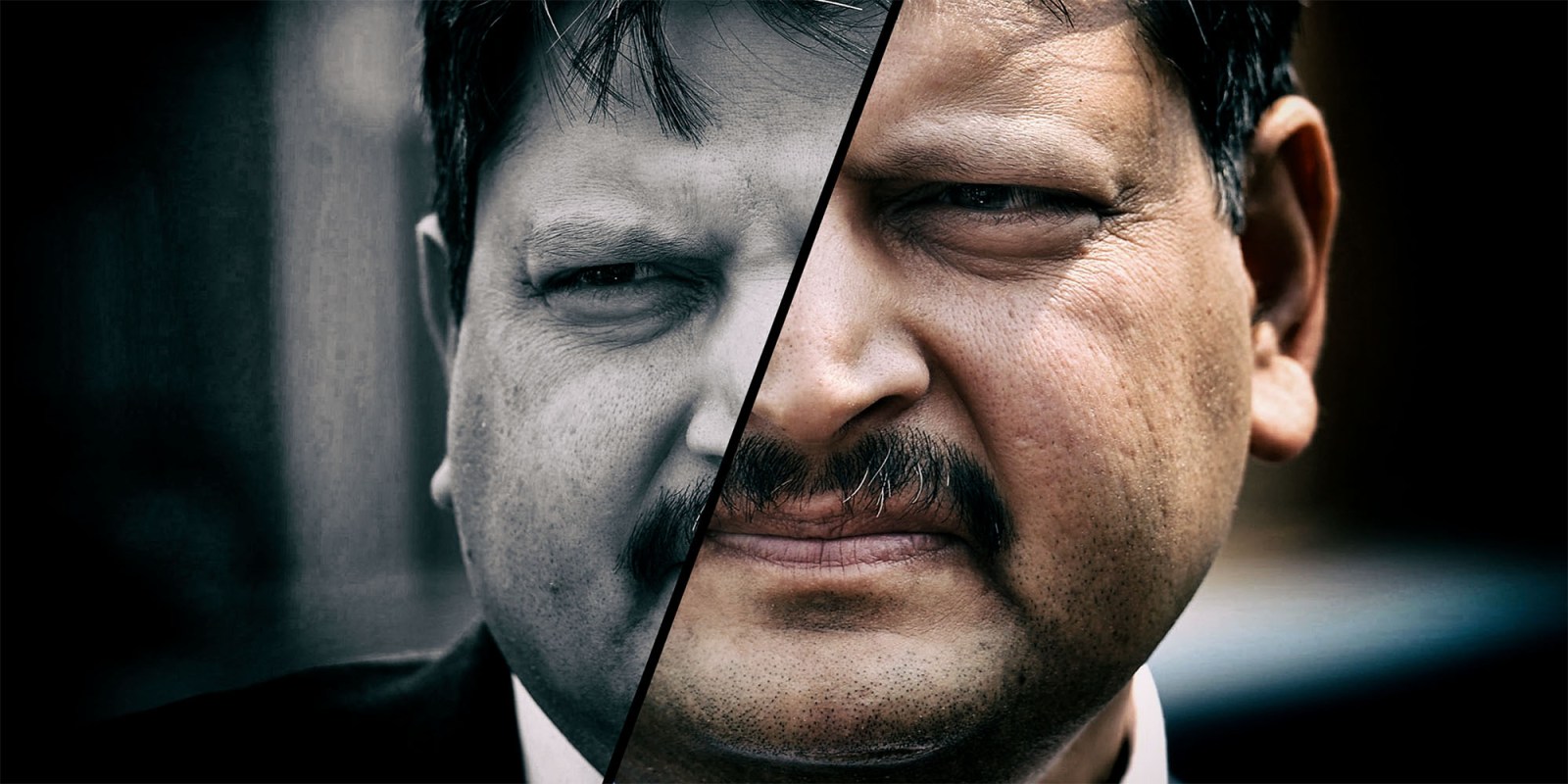 ‘I am advised and respectfully submit that our courts have held for nearly a century that a fugitive from justice has no standing to approach a South African court’ — Home Affairs DG Livhuwani Tommy Makhode.

Atul Gupta’s audacious bid for a new South African passport while dodging State Capture corruption investigations and criminal charges has been dented by a decisive response from the Department of Home Affairs.

It has told him, in no uncertain terms, that South African courts do not entertain fugitives from justice.

“I am advised and respectfully submit that our courts have held for nearly a century that a fugitive from justice has no standing to approach a South African court,” Home Affairs Director-General Livhuwani Tommy Makhode states in an affidavit filed in June 2021.

By definition, such fugitives refuse to submit to “our laws and our courts”  and avoid the processes of the law through flight out of the country, Makhode says.

The Guptas fled from South Africa as the investigations into their involvement in State Capture, fraud and corruption gained momentum.

“Because they put themselves beyond the reach of the South African law, fugitives from justice are not entitled to invoke the machinery of the law or the protection or authority of the courts when it suits them to do so.”

Makhode’s sworn statement is in response to Atul Gupta’s high court application to compel Home Affairs to give him a passport — one that would be valid for 10 years.

It was a remarkably bold bid by him in light of the corruption scandals surrounding him and his brothers, Ajay and Rajesh Gupta — they fled SA for fear of arrest and prosecution and are unwilling to return to the country voluntarily, court papers state.

Atul Gupta first went to court in January to review and set aside a decision by Home Affairs not to issue him with a new passport, alternatively, its alleged failure to make such a decision.

In an affidavit filed in support of his application for a judicial review in terms of the Promotion of Administrative Justice Act, he bemoaned the “inordinate delay” amounting to the “unlawful refusal” of Home Affairs to issue him with a new passport.

Describing himself as a “South African citizen” since 2002, Atul Gupta said he was a resident of Dubai and had always been able to apply for a passport without any hassle. 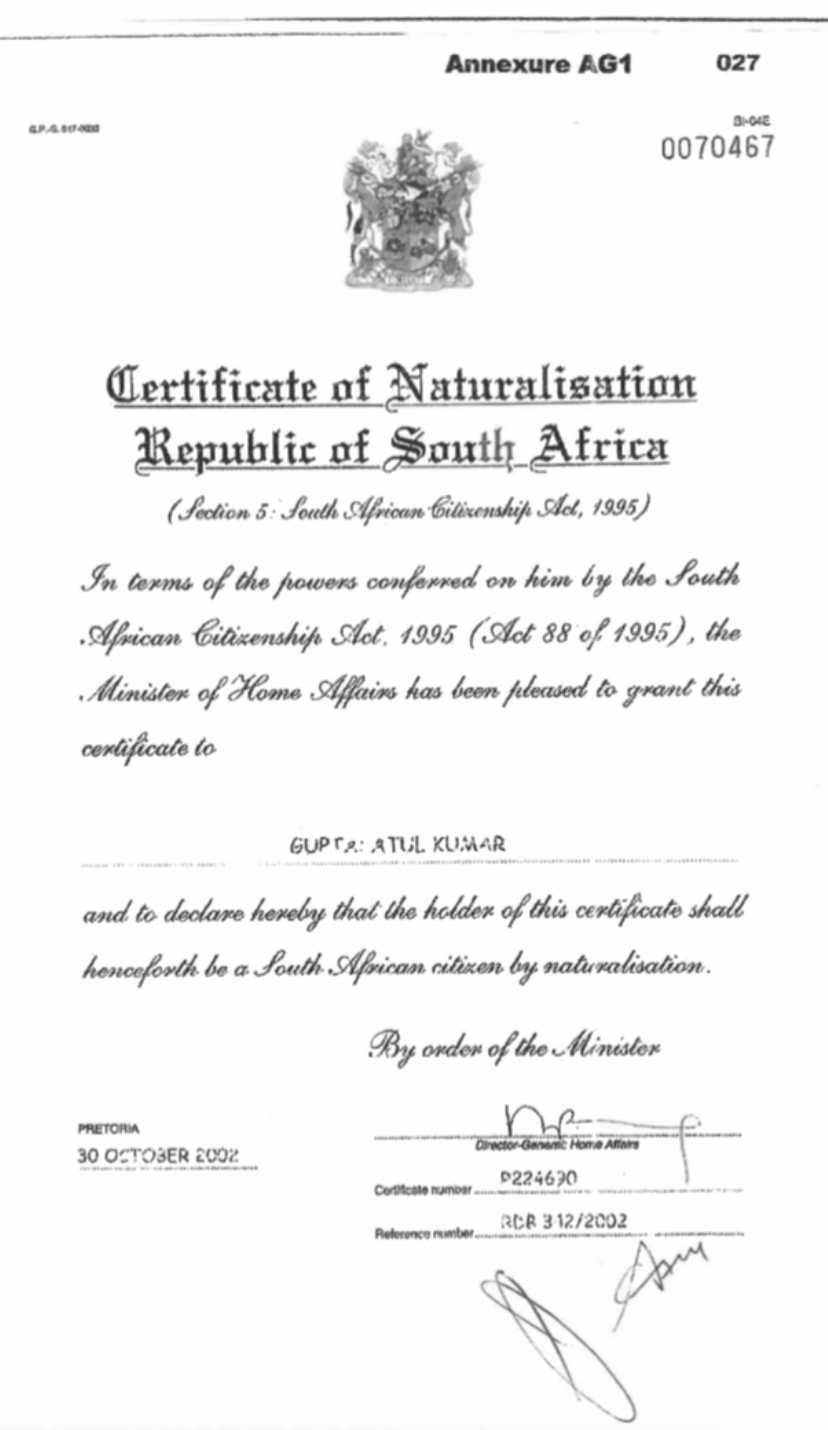 “Once again, I began to run out of pages in my passport long before the expiry date.”

He approached the South African consulate-general in Dubai on 25 September 2018  for a new passport. Having submitted all the relevant paperwork, Atul Gupta says he was told the application would take six months because he had applied in Dubai and not SA. However, he spent most of 2019 inquiring unsuccessfully about the delays.

Things became clearer in December 2019 when Home Affairs Minister Aaron Motsoaledi, in a TV interview, said the application would be “locked in a safe” and that it would be irresponsible for Home Affairs to issue him with a passport while the Department of Justice was negotiating for his repatriation from the UAE.

His lawyers contend that the evidence in the records provided by Home Affairs demonstrated that a decision had in fact been taken to refuse his passport application.

As a result, they want a decision they believe was taken in September 2020 to be reviewed and set aside.

But the department says it does not believe he is entitled to the relief sought because he lacks legal standing to litigate due to his status as a fugitive.

It also argues that his case ought to fall on the merits, because no decision had previously been taken to refuse his passport application and his suggestion otherwise could be based on a “misunderstanding” of information previously provided to him.

Home Affairs argues that it had only taken the lawful action to turn down his application following the institution of criminal charges against him by the National Prosecuting Authority (NPA).

Atul Gupta is a co-accused in a fresh criminal case, with his wife, Chetali, brother Rajesh and his wife, Arti.

Even if the court concludes that he may litigate in a South African court, his application is flawed, Home Affairs argues.

This is because a valid decision has been taken to refuse his application in terms of South African passport regulations which provide for a refusal on the grounds that an applicant stands to be charged with a criminal offence.

Home Affairs included details of an affidavit submitted by the head of the NPA’s Investigating Directorate, Hermione Cronje.

The Investigating Directorate recently announced that it had obtained arrest warrants for Atul Gupta and several relatives. The warrants and applications for Interpol Red Notices relate to a nearly R25-million fraud and money laundering case in the Free State that led to the arrest of their former associate, Iqbal Sharma.

Sharma was denied bail and remains in custody until his next appearance on Monday, 5 July.

Cronje, the affidavit states, provided details of the existing charges against Atul Gupta in addition to others likely to be brought against him.

Once regarded as extremely powerful due to the close relationship they enjoyed with former president Jacob Zuma, the Guptas have not travelled to South Africa for several years.

They left hurriedly after several South African banks terminated their accounts in 2016. A year later there was really no turning back as the #GuptaLeaks emerged to expose the vast extent of their alleged criminal enterprise.

Despite them being in self-imposed exile in the UAE, the Gupta name has dominated testimony before the State Capture Commission chaired by Deputy Chief Justice Raymond Zondo for nearly three years.

The brothers and their one-time kingpin, Salim Essa, have all been slapped with financial sanctions by the US government.

The UK followed suit in April as part of a new global anti-corruption regime.

Atul Gupta cannot credibly contend that he is not a fugitive.

“If Mr Gupta denies that he is a fugitive from justice, then I invite him to state on oath when he will return to South Africa,” says Makhode. DM