What dirty money? Norma Gigaba denies knowing she was beneficiary of corrupt funds 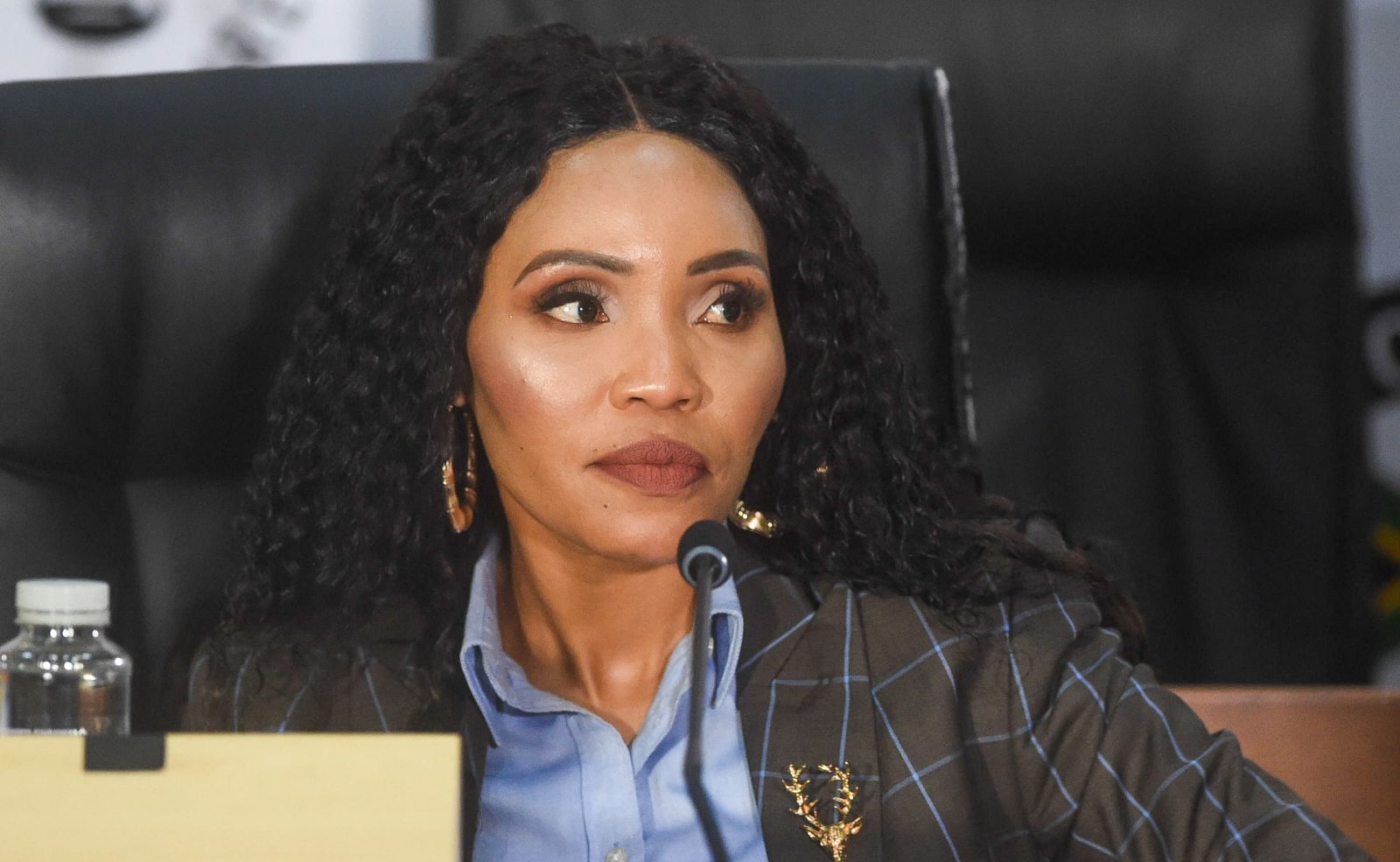 Nomachule ‘Norma’ Mngoma testifies at the State Capture Inquiry on May 20, 2021 in Johannesburg, South Africa. Mngoma told the commission on 29 June 2021 that she was unaware of having benefitted from illicit funds. (Photo by Gallo Images/Sharon Seretlo)

‘Can you hear me?’: technical glitches plague the Zondo commission of inquiry into state capture as the much-anticipated cross-examination of Norma Mngoma jerks along.

The much-anticipated cross-examination of Nomachule ‘Norma’ Mngoma (Gigaba) by her former husband Malusi Gigaba’s lawyer covered little or no terrain in an over two-hour grilling at the Zondo Commission on Tuesday evening.

Covid-19 lockdown has confined Zondo Commission participants to their computer screens and constant buffering, endless “can-you-hear-me?”, “can you hear me now?” and “you are muted” interruptions bogged down proceedings from the start of the day.

Mngoma was due to be cross-examined by her husband’s lawyer, Richard Solomon at 3pm but due to repeated earlier technological glitches during the cross-examination of Siyabonga Cwele, former Minister of State Security, from China, Mngoma had to wait till around 5pm.

It was Solomon’s mission from the jerky start to demonstrate to the commission that Norma Mngoma was a “pathological liar” as her husband had submitted in response to her earlier explosive testimony.

Mngoma had previously testified that the Gupta family had paid for the couple’s lavish wedding (between R4-million and R5-million), had bought her husband a car and had given him tog bags stuffed with cash to splash on suits, facials and lunches.

By 7.30pm Solomon had not yet got to the Dubai holiday allegedly paid for by former SAA chair, Dudu Myeni, but it was clear where his line of questioning was headed.

While Mngoma had told the commission that she had wanted to testify as part of her “civic duty as a South African citizen to rid South Africa of the cancer of corruption” Solomon was curious how she felt about being “a recipient of apparently ill-gotten gains” by her husband.

“Now when did it strike you that you were a beneficiary of Gupta money that would be involved in corruption and the cancer you talk about?” asked Solomon.

To which Mngoma replied “I only knew when Malusi said I should not mention that to the commission, he said it was for elections…he needed it for elections”.

She pleaded complete ignorance about the workings of the governing party in which her husband is a senior member who has served in multiple key ministries.

“I have never been part of ANC things or any branch and I do not know how money is raised. I did not know it was wrong for him to do that.”

She said when she had asked her husband why he was using the cash — some of it she said he had stashed in a safe in his home office — her husband had replied “he would refund and take it to the TG (ANC treasurer-general).

“I did not know it was dirty money,” she said.

Solomon hinted that Mngoma had lied on her CV and that she had not completed a business degree from Henley College. An indignant Mngoma said she refused to answer any personal questions.

By 7.45pm and as curfew approached Solomon had made little headway saying Mngoma was “an evasive witness”.

Earlier Mngoma said that the affidavit she had handed to the commission had caused major tension in her life including threats. She said she had hurriedly signed it due to this but would have preferred to have put her side of the story “in my own words”.

“If I had a choice I would rather not be here,” she said.

Solomon suggested that the only time Mngoma raised concerns about her affidavit was after her husband had filed his responding affidavit, a statement Mngoma denied.

“A considerable amount of time in your evidence and even now with my cross-exam has been spent on trying to understand what is your version and what is not your version before the commission,” said Solomon.

Mngoma’s cross-examination was cut short as the 9pm lockdown curfew approached and is expected to resume at a later date. DM