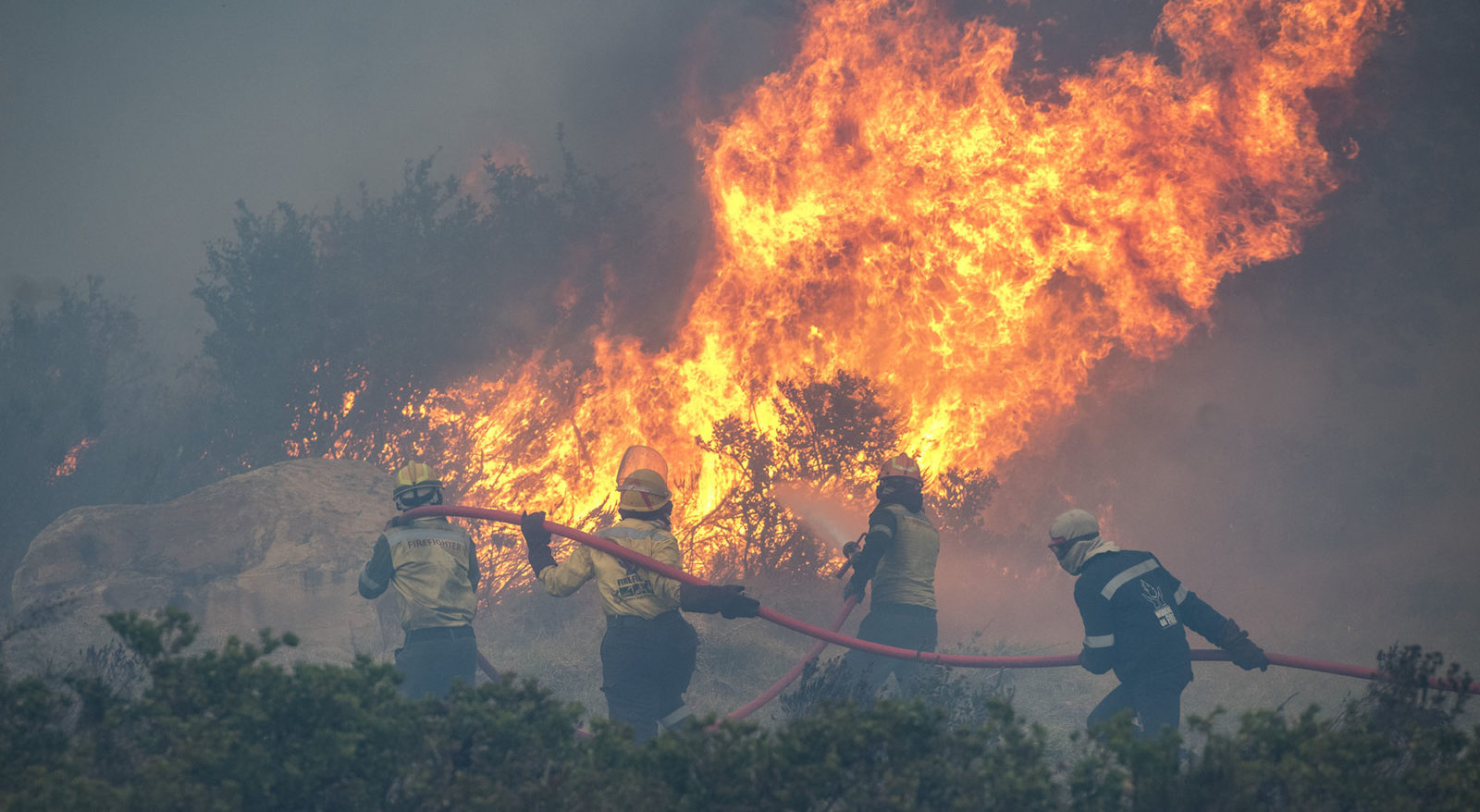 An investigation into the Table Mountain wildfire in April that raged through 600 hectares of land and 11 buildings, including sections of UCT, points to it being an act of malice. A car was seen close to the scene two minutes before the fire began.

A report on the 18 April Table Mountain wildfire, investigated by Rob Erasmus of Enviro Wildfire Services, has ruled out any possibility of the fire being a natural or accidental/negligent occurrence.

“Evidence suggesting that the fire was started as a malicious act is being investigated,” the report read.

Erasmus told Daily Maverick that the investigation had ruled out natural causes and accidental causes or negligence on the basis that there was no chance of a lightning strike or falling rocks resulting in spontaneous combustion, and there had been no hiker or vagrant activity where the fire began, among other possibilities.

“We were able to eliminate the possible accidental/negligence options. Then we moved on to the third category, which was ‘malicious’. We’ve got the video footage that is fixed on where the fire started, and there’s absolutely no fire, no smoke, no human activity at all,” the investigator said.

In the immediate aftermath of the fire, allegations were that the fire was started by a vagrant on the mountain. A homeless man was arrested and appeared in court but arson charges were eventually withdrawn against him.

Erasmus’ investigation has now found that the only activity around the fire’s starting point was when a white car pulled over about 400m from where the fire started and drove along for another 400m at walking pace before driving off.

“And within two minutes the fire started. We believe something was thrown from the vehicle and we’ll be going back there now. We’ve got some experiments we’re going to conduct… to confirm our hypothesis,” Erasmus said.

Erasmus’s investigation has confirmed that the fire the homeless man was accused of starting was on the night before the Table Mountain wildfire and was a separate incident.

The wildfire began on a Sunday morning, with the temperature reaching 30°C. It started on Devil’s Peak and spread to the University of Cape Town, destroying the Jagger Reading Room — a library that housed historical archives. Strong winds made it difficult for firefighters to contain the blaze, which damaged 600 hectares of land and 11 buildings, including the Rhodes Memorial Restaurant and Mostert’s Mill.

Erasmus found that the increased wind speeds, the vegetation and dry conditions caused the fire to spread rapidly. Wind-blown embers resulted in new fires over a wide area.

“The primary reason for loss being suffered from this fire event was due to windblown embers landing on dry fuels (thatch roofs, pine and palm trees, ivy, leaves in gutters, and so on) that set them alight, resulting in buildings catching on fire,” the report stated.

The Table Mountain National Park is mostly covered in indigenous fynbos, which has evolved over the years to survive and regenerate through fires.

The Western Cape Minister of Local Government, Environmental Affairs and Development Planning, Anton Bredell, said he had not yet seen the report.

“It would be most distressing if indeed the fire was caused intentionally. Wildfires are life-threatening, cause huge damage and require large amounts of resources to combat, resources local government can ill afford at the moment,” Bredell said.

Erasmus said there had been significant developments in the investigation. However, the number plate of the vehicle is unable to be verified through CCTV footage. A R10,000 reward is being offered to anyone who comes forward with relevant information. UCT is yet to release its investigation into the wildfire.

Daily Maverick has asked SANParks for comment. This report will be updated once comment has been received. DM