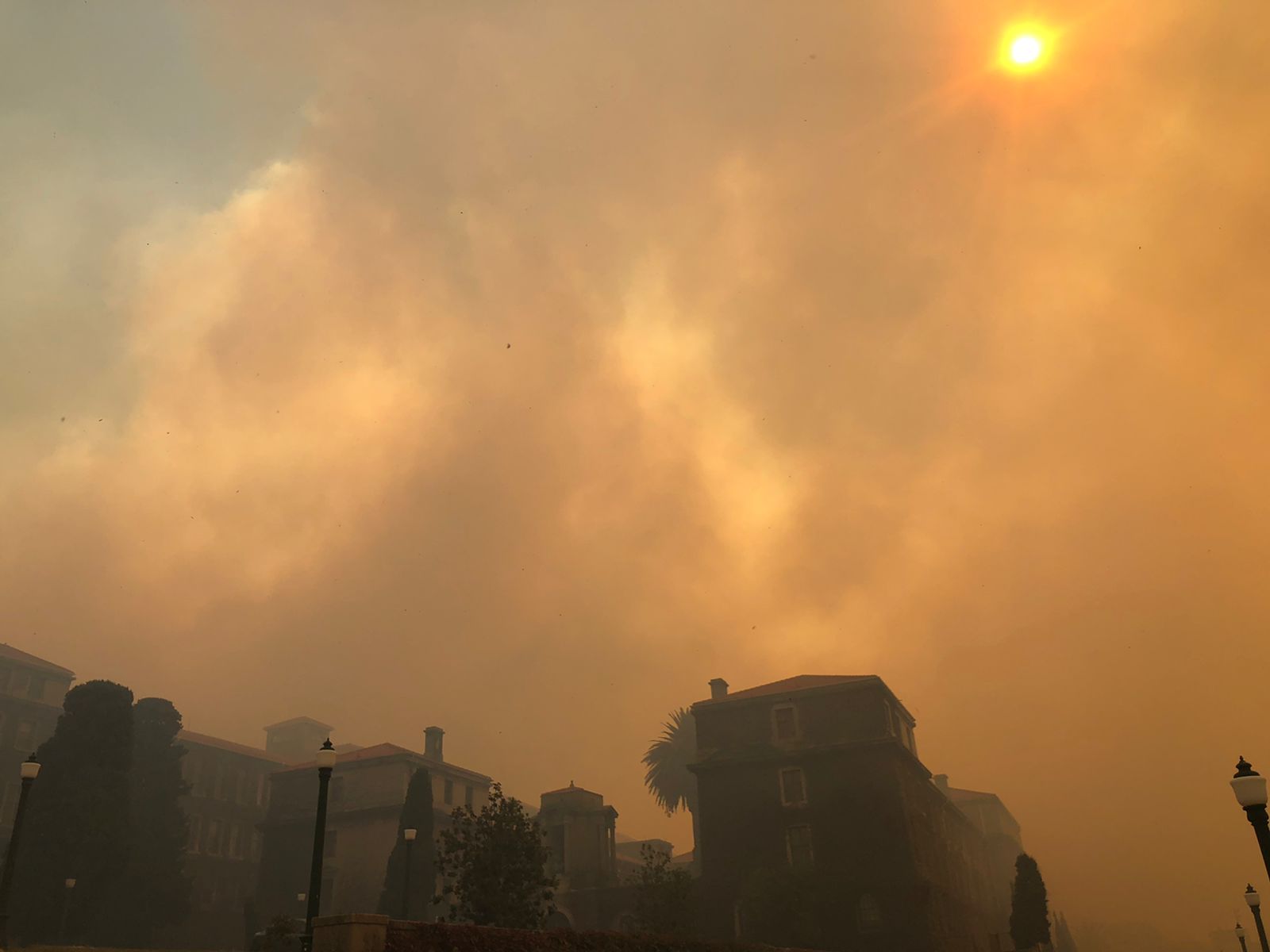 Temperatures soared to over 30 degrees Celsius as a fire broke out on the eastern flanks of Table Mountain on Sunday morning during near-windless conditions.

Enormous smoke columns could be seen from across the city billowing into the cloud-free sky over the city’s southern suburbs and near the University of Cape Town (UCT).

According to the City of Cape Town, its fire and rescue service had been alerted to the blaze at 8.45am.

“Fire crews were immediately dispatched to the scene, with the fire currently spreading from Rhodes Memorial toward UCT,” the City noted on its Twitter account.

“A section of the tea room at Rhodes Memorial has been destroyed and people are urged not to enter the area,” it added. “More resources are currently on their way to assist. These include teams from Working on Fire and Table Mountain National Park. Three choppers are also water bombing.”

In the meantime, SANParks requested “all hikers within the Newlands and Rhodes Memorial area to evacuate with immediate effect. Cars parked within these sections need to be moved as a matter of urgency.

“The fire is currently out of control and we request that all onlookers please refrain from entering the area and keep the area clear for emergency vehicles to pass.”

This is a developing story. We will add details as they emerge. DM/OBP