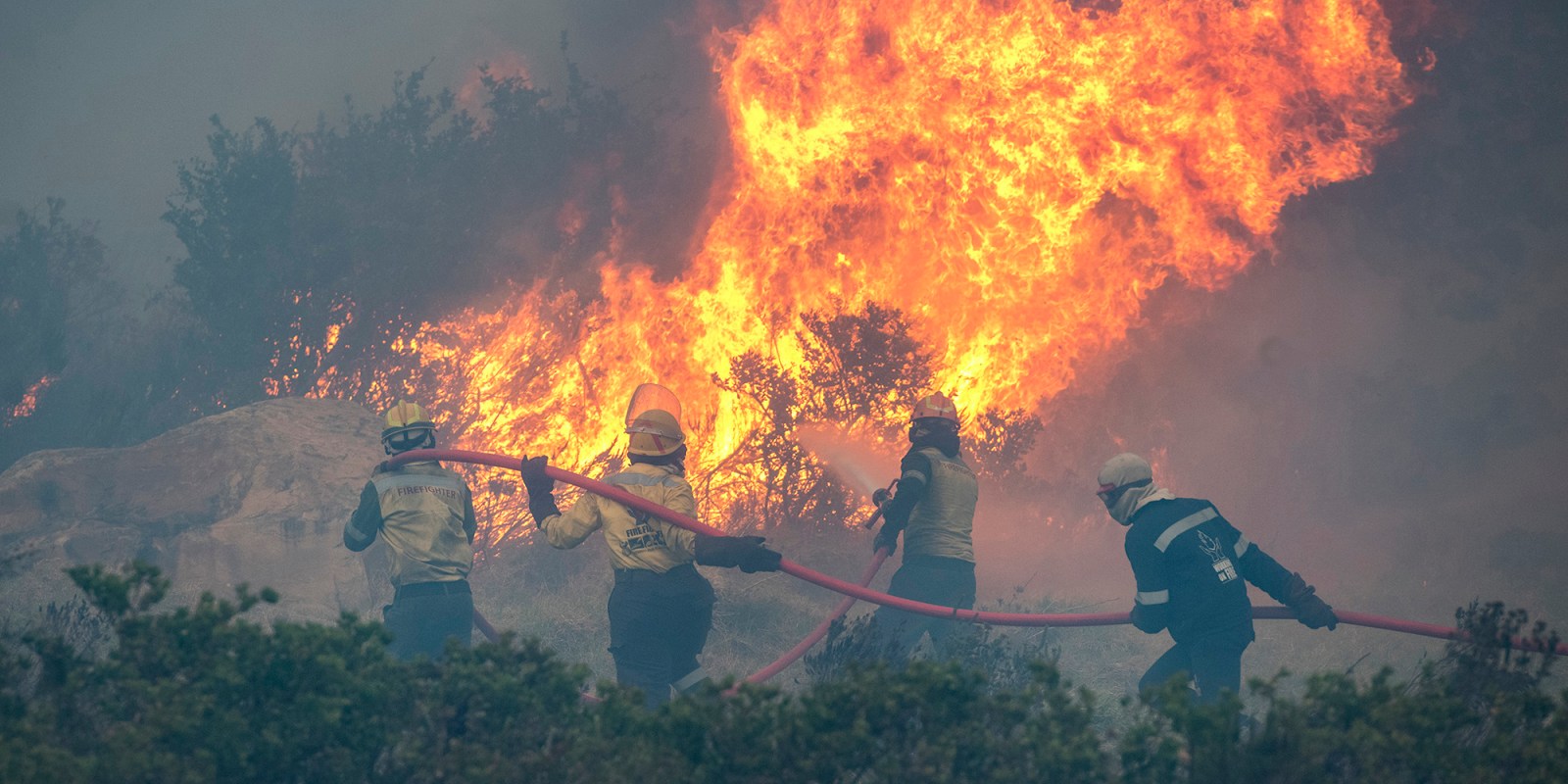 A reevaluation of environmental management — particularly regarding alien vegetation — as well as public support, is necessary to avoid the levels of devastation experienced during the recent Table Mountain National Park fire.

The devastating fire that ran its course across the side of Table Mountain in Cape Town this week has put the spotlight back on the management of an iconic range that’s home to some of the most biodiverse vegetation in the world. And what should – and could – have been done to reduce the risk of a catastrophe that destroyed priceless cultural heritage.

Table Mountain National Park is clothed in fynbos – a distinctive type of vegetation found only in South Africa – and is surrounded by the city of Cape Town.

Fynbos is a highly flammable shrubland, which has evolved over millennia to become dependent on fire for survival. It burns. Science tells us that we can expect most fynbos to burn on average every 12 to 15 years in natural conditions.

Fire hazard is influenced by three factors: the weather, an ignition source and fuel loads.

The weather can affect fires by increasing spread through high wind speeds or resulting in dry vegetation after a period of warm weather. Ignition sources may be a result of lightning or arson.

Both weather and ignition sources are hard to control and prevent, and yet often receive the most media attention. But the one factor that is possible to manage, is fuel loads. Fuel loads in fynbos can be kept down through ecological burns and keeping the mountain clear of invasive alien trees.

The recent out-of-control wildfire on Table Mountain may be linked to several key issues: fire suppression, alien trees, constrained budgets and unsupportive policies, together creating a wicked problem. Climate change may also have played a role in the high temperatures and fierce winds around the time of the fire, though attribution studies will need to confirm this.

Recent research has shown that urban expansion of Cape Town has created anthropogenic fire shadows which are changing the fire regime, often causing a decline in fire activity. For example, the fires that used to sweep the slopes of Newlands and Kirstenbosch from the flats below have been blocked by the suburbs of Newlands and Rondebosch, meaning that the fynbos on these slopes has not burnt in decades.

Scientists are calling this process a “hidden collapse”, that desperately requires management intervention. They also predicted two years ago that this would lead to extreme fires in ecosystems globally where there was no ecological restoration and where fuels were allowed to accumulate.

Further evidence of a decline in fire activity in Table Mountain National Park is presented in a study on indigenous forests which showed that they had been expanding on Table Mountain due to fire suppression policies.

Invasion of alien trees also contributes to increased fuel loads, and therefore more dangerous fires. Fynbos is made up mainly of shrubs and therefore when alien trees invade or are planted in fynbos, they tower several metres above fynbos, carrying considerably more fuel. A change from fynbos to pines and gum trees can increase fuel loads from four to 20 tonnes per hectare.

One study found that the 2017 Knysna wildfire had a significantly higher severity in plantations of invasive alien trees and fynbos invaded by these trees, compared to areas with just fynbos.

Unfortunately, invasive alien plant species are proliferating faster than authorities can remove or manage them. This is also despite the efforts of Working for Water Teams working in the park, as well as over 20 volunteer groups working hard to clear invasive alien plants on the Cape Peninsula and beyond.

In an article in 2019, scientists warned of the areas of highest risk at the urban-fynbos fringe and gave clear steps that could be taken to mitigate this risk. But these issues have been identified as early as 1995.

Could Cape Town have been better prepared to deal with this disaster?

Why is this a wicked problem?

Although we have the ecological knowledge to undertake prescribed burns and alien clearing, unsupportive policies, constrained budgets and a complex social setting make implementation challenging.

In the 1970s and 1980s, regular prescribed burns were practised in some parts of the park with the dual goals of rejuvenating the fynbos and reducing fuel loads (and hence risk). However this was halted at the end of the 1980s, and fire management shifted to fire suppression to protect plantations and residential developments.

The current National Veld and Forest Fire Act 101 of 1998 does not adequately cater for prescribed burning, as it only allows burning for the purposes of preparing firebreaks. This makes it extremely difficult to obtain permission to conduct fires that would maintain the fynbos, assist with the control of alien plants, and reduce fuel loads.

Another issue is the social resistance to prescribed ecological burns in Cape Town. The public has raised concerns around lack of communication, while the authorities past communications around prescribed and alien clearing have resulted in public efforts to block the planned management actions. This has resulted in a lack of trust between authorities and residents.

These challenges result in a management stalemate.

What should the priorities be in the short term? Will funds for basic needs, such as recovering buildings and capacity, compete with disaster risk reduction needs, such as ecological restoration and clearing invasive alien trees?

Alien plant management needs to compete with all other budgetary pressures, which perpetuates a complex, wicked problem.

What can be done better going forward?

Firstly, the policy framework needs to be addressed. Although prescribed burns are dangerous and inconvenient, out-of-control wildfires are disastrous and could threaten many people’s lives.

Secondly, citizens of Cape Town need to be more supportive of prescribed ecological burns and alien clearing. The relationship with managing authorities also needs to be restored and trust rebuilt.

Thirdly, Cape Town needs to improve the management of its natural and cultural heritage. This should include both prescribed ecological burns, and keeping the mountain clear of alien trees.

Given the huge interest from the public in alien tree clearing, apparent from the many active volunteer hacking groups, there is a need to integrate efforts by the South African National Parks, the City of Cape Town, and landowners (such as the University of Cape Town) with those of the public to develop a more strategic, standardised approach to clearing invasive alien trees. DM