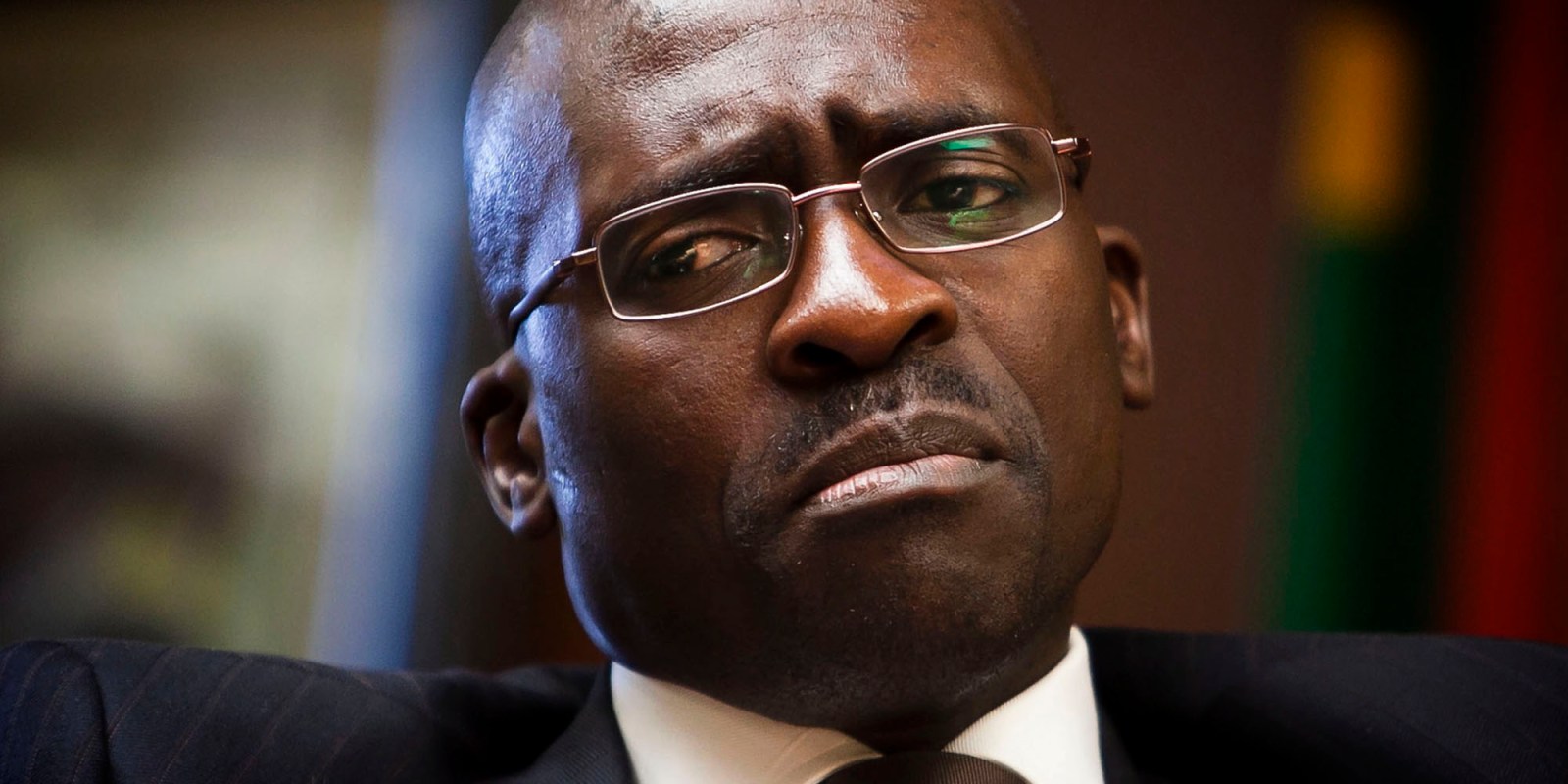 Though he occupied several key positions in Jacob Zuma’s Cabinet during peak State Capture years, Malusi Gigaba insisted he knew nothing and offered that he did not possess ‘supernatural powers’ that could predict R57-billion would be wiped off the fiscus by the corrupt Gupta family network.

After testifying at the Zondo Commission earlier on Wednesday, 23 June that he had no hand in delaying the passing of the Financial Intelligence Centre Act, Malusi Gigaba defended himself against further accusations that he had helped pave the way for the Gupta network’s capture of state-owned enterprises (SOEs).

Evidence leader advocate Anton Myburgh said that Gigaba had held oversight over several SOEs including Alexkor, SAA, Transnet and Eskom during his term as minister of Public Enterprises from 2010 to 2014.

“A significant part of that looting occurred during your tenure as a minister,” said Myburgh.

Gigaba replied that yes, while this had been alleged, “that does not mean I was involved in it”.

“As I have stated. Nothing that has been presented here places me anywhere near the money. I have not seen the money… to the extent that it happened during my tenure, it would be coincidental,” responded Gigaba.

Myburgh, after a long afternoon session, eventually suggested to Gigaba that it was “improbable” the former minister knew nothing.

To which Gigaba responded that simply knowing the Guptas “does not make you complicit in wrongdoing”. He added that he had “separated myself” from the business interests of the family and its various entities.

“I did not need to know what they were doing,” he said, challenging the commission and his accusers to specifically point out “where I came in”.

This resulted in Myburgh doing exactly that.

“At Transnet, you appointed Mr [Iqbal] Sharma as a director, then you tried to make him the chair of the board. He went on to chair the BADC [Board’s Acquisition and Disposals Committee]. That is how you come in, Mr Gigaba. You were the gatekeeper to the appointment of directors,” said Myburgh.

Gigaba protested that there had been “nothing wrong” with Sharma at the time. He had previously been appointed as deputy director-general of the Department of Trade and Industry and had also been CEO of Trade and Investment South Africa.

“It would be different if I had appointed someone straight from prison,” said Gigaba, adding that “there were no allegations against him” at the time.

He said that the Cabinet “had acted on the issues we faced at the time, not in terms of what would happen in the future”.

Referring to Dudu Myeni, Gigaba said she had been appointed to the SAA board by his predecessor, Barbara Hogan. Brian Molefe’s appointment as CEO of Transnet had come, said Gigaba, after Molefe had assisted the PIC “to grow its capital to over a trillion” by the time he left.

“When he became the CEO of Transnet he was an adviser for Bidvest. He came highly recommended. The same with Mr [Collin] Matjila [Eskom CEO] who had extensive experience in electricity,” argued Gigaba.

The same with Rafique Bagus, whom Gigaba had appointed as Alexcor board chair in 2012.

Bagus, Gigaba correctly pointed out, was previously chief executive of Trade and Investment South Africa, a deputy director-general of the Department of Trade and Industry and special adviser to Alec Erwin, former minister of Public Enterprises.

Alexkor was set to pursue its coal strategy as approved by Gigaba and it was Bagus who was one of three who sat on a panel that appointed Scarlet Sky Investments (SSI), a shelf company with Daniel Nathan and Kuben Moodley listed as directors, to sell Alexkor’s joint venture diamonds.

Moodley was SSI’s 60% BEE shareholder and scored lucrative deals as an alleged fixer for the Gupta family.

“My being minister of Public Enterprises at the time was honestly coincidental,” Gigaba said without flinching.

Gigaba said he had appointed his special adviser Siyabonga Mahlangu, who has been accused by witnesses of bullying, to manage “stakeholders away from me”.

Deputy Chief Justice Raymond Zondo noted that former president Jacob Zuma had said in a statement that while the Guptas might have thought they had been using him, he had in fact been using them.

“I am keen to find out how they [the Guptas] may have identified certain key people in SOEs and other departments and certain ministers in key portfolios and see how they could achieve whatever they wanted through making use of those connections, with or without those ministers realising it.”

Former Government Communication and Information System head Themba Maseko, said Zondo, had testified to the ruthlessness of the Gupta network when he was removed from his position for defying an instruction.

“Then you have the New Age saying in December 2010 that Brian Molefe will be the CEO of Transnet and it says that at a time when he has not even applied for the position,” noted the chair.

Molefe was nominated by Sharma, who was part of the board of Transnet.

“In interviews he is number two and he gets appointed as CEO. And so sitting in the commission you try and make sense of all of these things and it is important to ask everyone to make their own input, if and when any final view is taken, one has the benefit of views from different witnesses,” said Zondo.

Gigaba said the matter of timing was important, as much of what had been set out in affidavits to the commission had occurred prior to his arrival as minister, and after his departure.

Zondo was particularly interested in the appointment of Myeni as chair of the SAA board.

“What informed the decision? It would be helpful to assist me by giving me a picture of the skills spread in the SAA board at the time.

“What skills and qualifications were possessed by other board members? I ask particularly because the evidence placed before this commission suggests Ms Myeni may have played a very significant role in challenges at SAA,” said Zondo.

He said that “one is supposed to ask the question how board members were appointed. How was someone made the leader or the chairperson of the board and so on, and I ask you to deal with that.”

Earlier in his testimony, Gigaba had insisted that he had never appointed or replaced anyone at Treasury during his short tenure as minister of Finance, as accused by Treasury Deputy Director-General Ismail Momoniat.

Gigaba said he had appointed individuals who had served for a long time in the Treasury and had not made any outside appointments.

“The people who got appointed were because of vacancies. If they had been associates of the Guptas then that is their problem. No one said to me these people were associated with the Guptas,” argued Gigaba.

Referring to evidence presented by the commission’s investigators, Gigaba said that a narrative had been created “based on a book by seven academics who claimed I had set the wheels in motion for the capture of Alexkor”.

Policies relating to the entity, said Gigaba, had been made based on its poor financial statements and nothing else.

“What happened after I left cannot be my responsibility,” said Gigaba.

“If a minister announces a turnaround strategy for SAA, those decisions get implemented by the operators. You as the minister, you announce. You expect they are going to act ethically,” he said.

Zondo was keen to learn what Gigaba viewed as his responsibility at the time.

“If this evidence of the looting is accepted and it is accepted that it involved as much as R57-billion being given to this family and their entities… how could this happen… how is it possible?

“If so much money could be siphoned off to the benefit of one family and their friends and entities, what is it that did not work the way it should have worked to prevent this from happening? It calls upon you to say ‘OK, what was my role as minister?’ ”

Gigaba fudged the question, saying SOEs were commercial enterprises run according to established regulation on the one hand, but entities of the state on the other.

“As commercial enterprises, there is a formal way of reporting the minister as the executive authority. Which formal way would entail reports, they would be monthly reports which are submitted including financials as well as the annual reports tabled at the AGM.”

He suggested that those who should have highlighted corruption “are not going to point you to issues which are now the subject of this commission”. DM