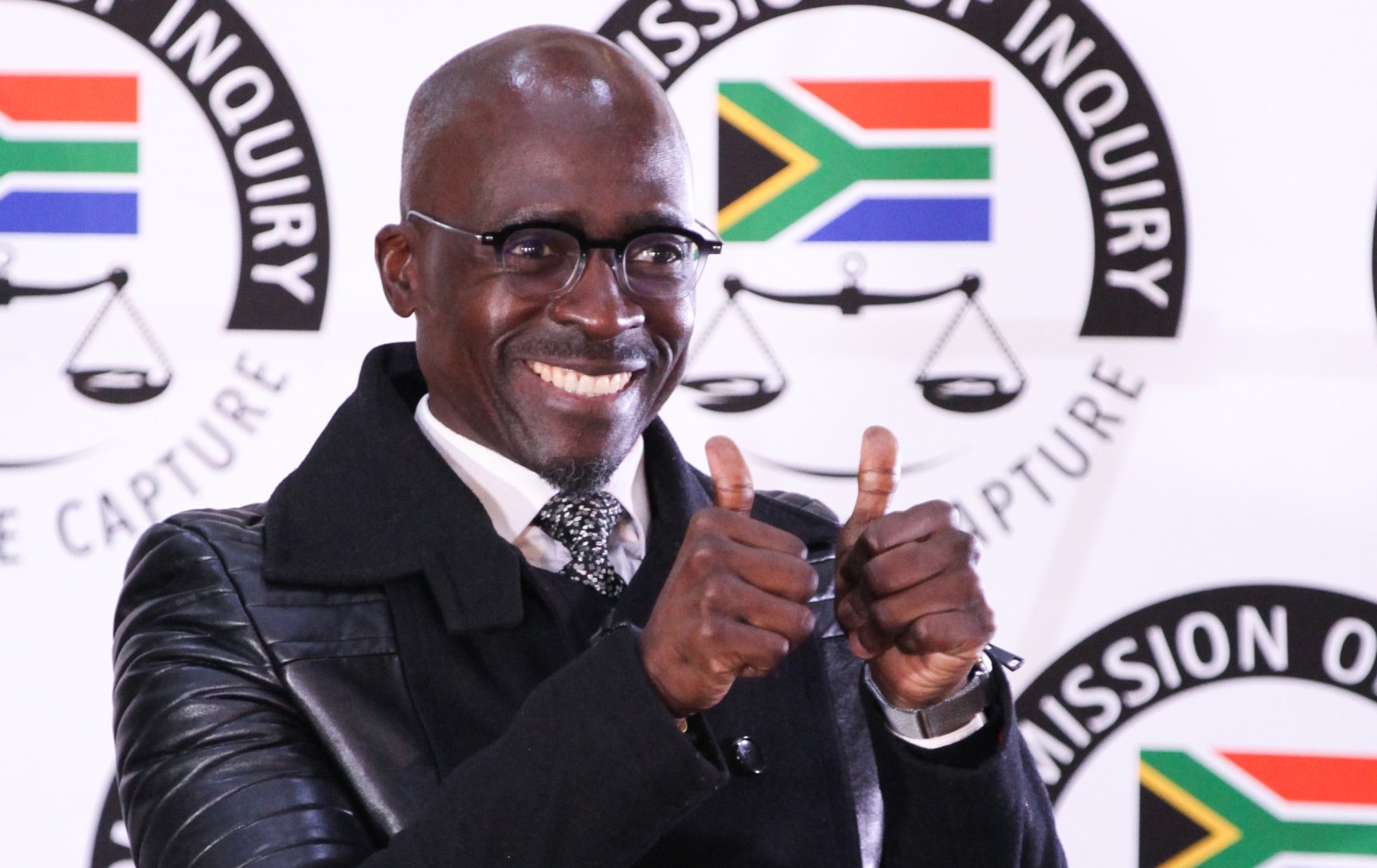 The former finance minister was grilled over the protracted implementation of an anti-money-laundering bill approved by Parliament.

A highly indignant Malusi Gigaba denied that he personally had anything to do with delaying the passing of the anti-money laundering Financial Intelligence Centre Act (Fica) in order to buy time for the Gupta family to drain South Africa’s sovereign ficus.

Momoniat had claimed earlier that it was an unprecedented “step for any minister let alone an entire cluster of the cabinet [Justice, crime prevention and security as well as the National Director of Public Prosecutions] to object to the legislature against a bill approved and passed by Parliament”.

“Most of the cluster ministers attended cabinet or committee meetings and did not take their newfound concerns to cabinet. They wanted to reverse a decision of which they were a part,” Momoniat had stated.

The bill, which sought to tighten anti-corruption and anti-money laundering legislation and banking controls, was passed by Parliament in May 2016, submitted to then-president Jacob Zuma to sign on 13 June. Zuma sat on the bill for six months.

In December 2016 Zuma sent the bill back to Parliament citing “constitutional concerns” about warrantless searches. Zuma finally signed the Act into law in 2017 but it only came into effect in April 2019.

In the same week of November 2017, while oral submissions were being made to parliament’s finance committee, the Gupta family instituted legal proceedings against then finance minister, Pravin Gordhan, who had exposed that the Financial Intelligence Centre (FIC) had flagged 72 “unusual and suspicious transitions” amounting to R6.8-billion and involving Gupta family business entities.

By then, as the Zondo Commission heard from Shadow World investigator Paul Holden on 22 June, R57-billion had already drained from South African government entities to the vast Gupta-family global money-laundering apparatus.

Myburgh set out how when Gigaba was Minister of Finance in 2017, South Africa had been under pressure by the Financial Action Task Force (FATF) — an intergovernmental organisation founded in 1989 as part of a G7 initiative to combat money-laundering — “for the Fica bill to commence”.

“It could have been said that we were in violation of international commitments regarding anti-money laundering legislation,” said Myburgh.

Gigaba, who began his testimony by proclaiming that the “sovereignty of South Africa” was close to his heart, said South Africa had every right to ensure that “legislation to be passed is subject to our law”.

“South Africa is also a sovereign nation. It would be a sad day if international bodies force on us legislation that does not pass constitutional muster,” he maintained.

Parliament, said Gigaba, “is an arm of the state which does not just receive information without putting it through a process. Cabinet was concerned with issues at the time”.

Those issues were the provision for warrantless searches.

Myburgh said that Momoniat had submitted that a Justice Crime Prevention and Security (JCPS) cluster cabinet committee had not obtained a formal legal opinion on the matter when the committee, chaired by Nosiviwe Mapisa-Nqakula, had penned a letter objecting to the matter of the searches.

“It was an informal legal opinion to support its view but it was more of a political opinion” Momoniat had told the commission.

Myburgh asked Gigaba whether he had been aware that the letter from the JCPS committee had highlighted “President Jacob Zuma’s concerns” with regard to “the impact it would have on the rights of persons identified as foreign prominent officials, domestic prominent influential persons and family members and known associates of aforementioned persons.”

Momoniat had stated that while the issue of the constitutionality of the Politically Influential Persons (PIP) clause (later changed to Politically Exposed Persons — PEP) had been extensively discussed by the committee “it was odd to me they appeared to know more of Zuma’s concerns than those of the Treasury”.

Myburgh wondered whether Zuma had discussed his concerns with cabinet.

Gigaba said he had not been aware of the letter even though he had been a member of cabinet and the committee at the time.

“What puts paid to any suggestion on the part of Momoniat of my involvement in some broader conspiracy, notwithstanding the JCPS committee seeking clarification, I was the driver of those concerns, enabling the Fica amendment bill to be passed and not scrapped,” he snapped back.

What he didn’t understand, said Gigaba, was why “these issues are being brought to me. I was not the chair of that committee at the time. I was only one of the members. I am not sure the same questions are being asked of the other members.”

Momoniat, Gigaba added, was not a member of cabinet and could not speak with authority on debates or discussions that had taken place at the JCPS cabinet committee.

It was there, said Gigaba, that “relevant officials would be invited to contribute to discussion.”

In the end whatever decision was taken “would be the collective opinion of the cluster”.

He had had no personal involvement in the matter, insisted Gigaba, however, “Mr Momoniat or any other official of the government cannot prescribe to the government how to conduct business,” asserted Gigaba.

Gigaba said the members of the cabinet committee had met and discussed reports and that many had raised issues and concerns in this forum.

“They allow you to speak because they want to create an environment where no member of the NEC feels they are being muzzled because the decision in the end must be a collective one and we are accountable,” said Gigaba deploying the plausible deniability defence for the umpteenth time.

He said there had been “serious concerns” about who was a PIP and who was a PEP “even as the bill was being finalised”.

Momoniat had previously asserted that the decision by Zuma to send the Act back to Parliament was “vexatious and the conclusion is that the failure to pass this bill would have been convenient for the Guptas and their associates’ attempts to launder money by a bank if it had been delayed.”

“What has this got to do with me?” asked Gigaba over and over again.

When Myburgh put to Gigaba Momoniat’s suggestion that Gigaba had been complicit in delaying the Fica Amendment bill and that he had “sought to weaken South Africa’s anti-corruption and anti-money laundering legislation” Gigaba responded, “I do not see the name Malusi Gigaba anywhere.”

He said he did not think Parliament had been “acting in a captured manner or that it was backtracking” citing the example of the decision to amend draconian visa requirements after complaints by the tourism sector.

“We backtrack sometimes, it is not unusual.”

What Gigaba seemed to overlook in this defence is that it was not a sector that had complained about legislation but the ruling party itself and an implicated president who sought to delay and amend the bill while R57-billion went down the drain.