Cape of Fear: ‘Nobody dares to stand by a window when...

Cape of Fear: ‘Nobody dares to stand by a window when gangs are involved in a shoot-out’ 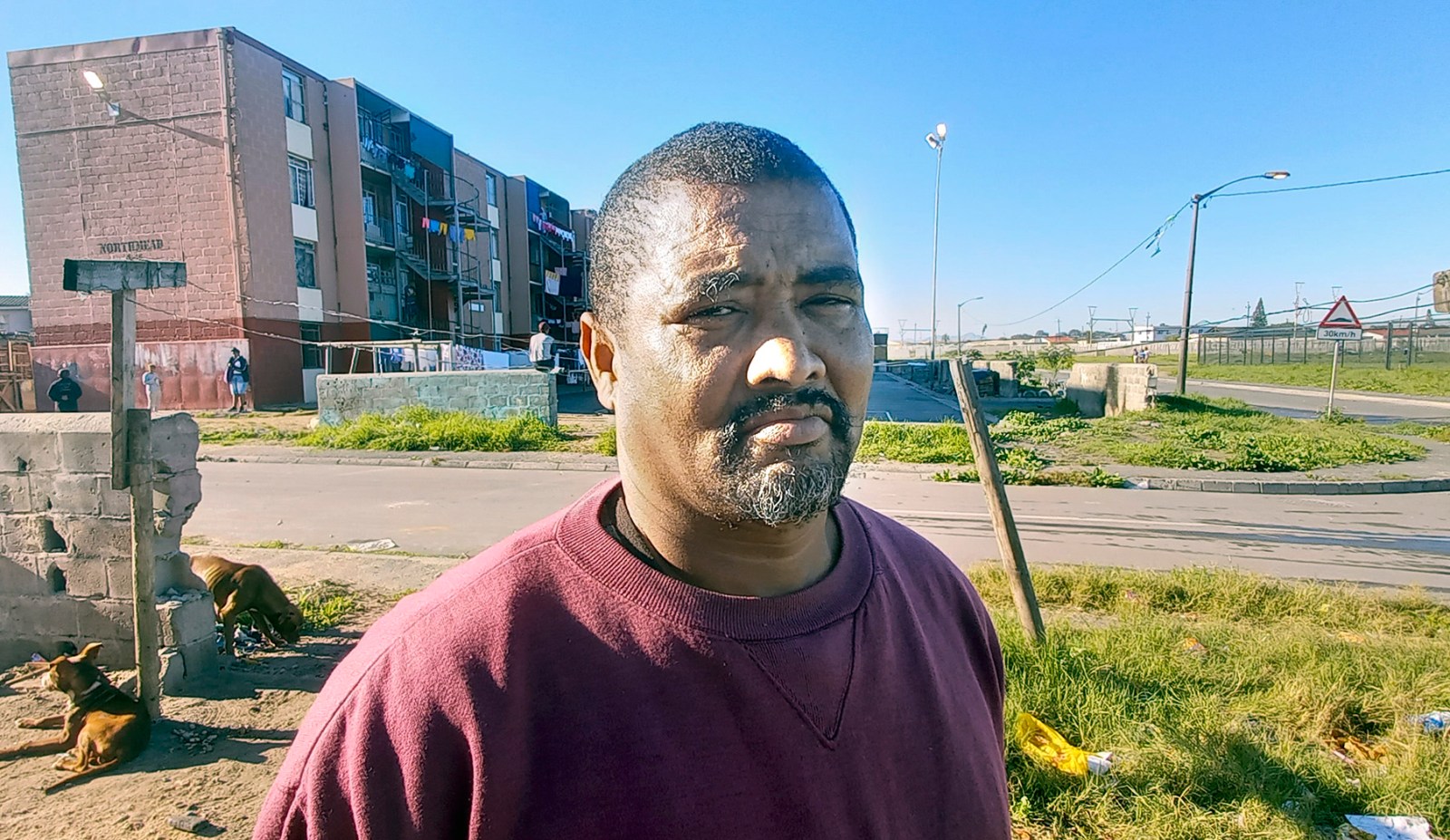 Noel Small is worried about his 18-year-old matriculant son Nolan, who was arrested last year in Clarke Estate, Cape Town, while he was walking with gang members. (Photo: Vincent Cruywagen)

Inhabitants of the gang-ravaged area of Clarkes Estate in Elsies River, Cape Town, who walk to church, to school or the shops do so at their peril. The decision to go outside can be fatal.

“This is how we live in Clarkes Estate. It is a daily occurrence and nobody knows when the next shots will be fired. Criminals treat us with disrespect,” resident Leanne Pienaar said.

She has recent, first-hand experience. She had just finished hanging out her washing when shots were fired and she had to run for cover.

Maverick Citizen spent hours one Saturday with residents in Clarkes Estate to get a sense of what a normal day is like. Shortly before our arrival, several shots were fired between rival gangs, which sent panic-stricken residents grabbing their children and running for cover.

Reliving that moment, Pienaar said, “I [had] just finished hanging out the washing and walked towards the stairs leading to my home. As I took the first step I just heard shots going off. My heart immediately went into overdrive as if it wanted to jump out my chest.

“I just dropped the empty washing basket and sprinted to the first floor. One of the neighbours opened her door and [we] slipped into the lounge. We were all on the floor while shots were fired outside the flats. Nobody dares to stand by a window when gangs are involved in a shoot-out.

“I could have been dead.”

Opposite Pienaar’s flat, a group of primary school learners were practising their dance moves on the space between the front doors on the first floor. Their parents have told them not to do this in front of the flats.

“Sir, the safety of our children comes first and we don’t know when the gangsters will come back. At least at the space on the first floor our children are safe and can duck for cover if shots are fired,” a 54-year-old mother said.

At a nearby flat, Noel Small (49) and his wife Valerie (48) were basking in the sun. They are aware that sitting outside puts their lives in danger.

But the fear of gunshots is the least of their worries. They are more concerned about their 18-year-old matriculant son who was arrested last year along with other members of the Disciples gang in connection with a murder.

“Because of my son’s arrest he couldn’t complete his matric exams last year. My son is not a murderer or a gangster. He was just walking with gang members when he was arrested. His whole life has been destroyed.

“We have handed a lawyer documents from the school that our son is a matriculant. Those documents were not handed in court and we don’t know what to do any more,” the father said.

High school learners, in the presence of their parents, shared their daily ordeal of being robbed by gangsters on their way to school. Learners living in Clarkes Estate have to cross a railway line on their way to the high school in Elsies River.

One learner said: “Every morning we are robbed by gangsters standing at the railway crossing. They take our phones and anything valuable we might have. They even… throw out our books and take our bags.

“A couple of us have been assaulted. Our greatest fear is what if those gangsters decide one morning to rape the female learners.” DM/MC