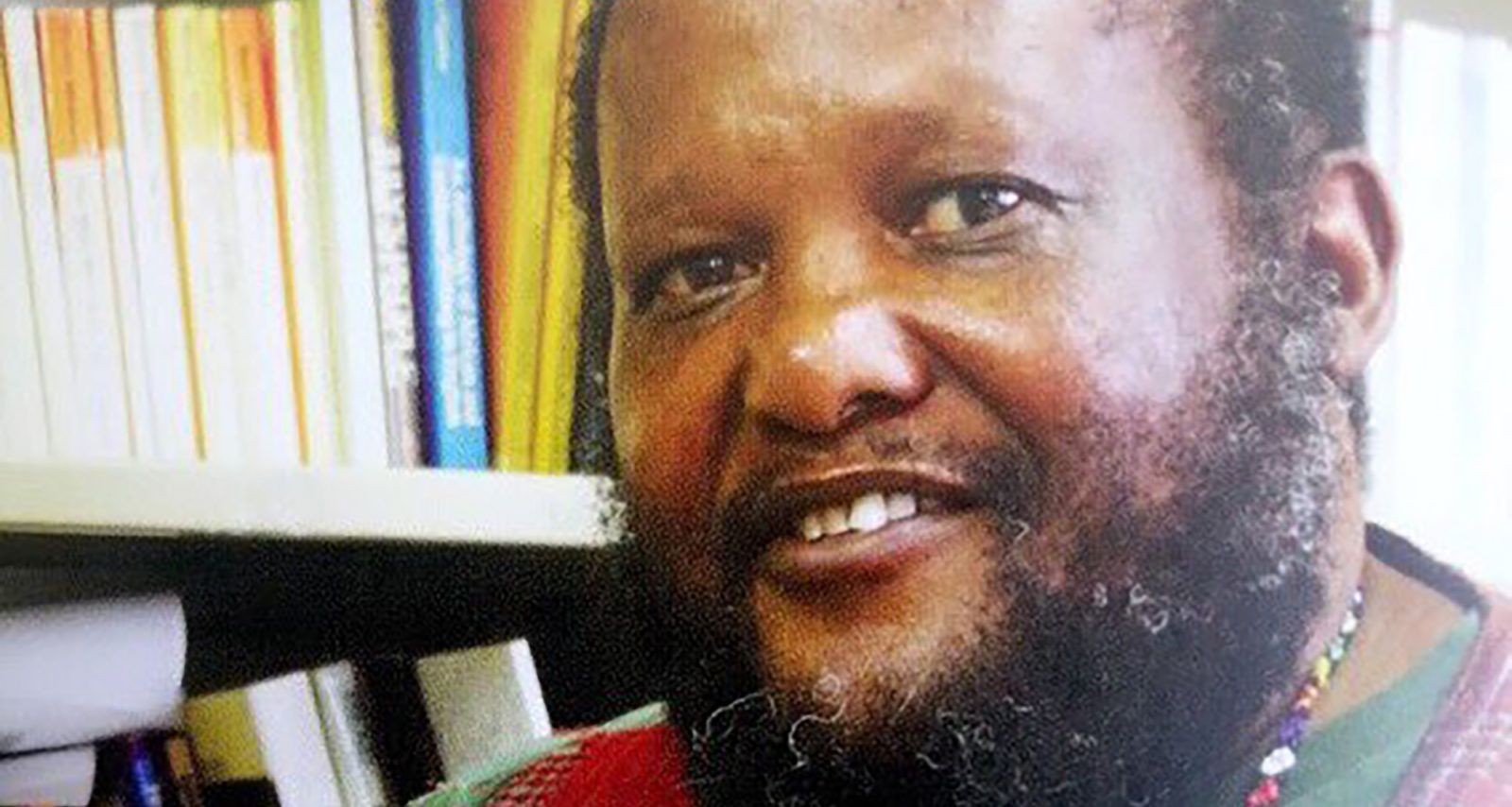 Professor of African Literature at the University of the Witwatersrand, Bhekizizwe Peterson. (Photo: Twitter)

To Bhekizizwe Peterson the equality of human beings was not an abstract theoretical concept, but something to strive for without drama.

Wits University Professor Bhekizizwe Peterson was a most humble person with such generosity of spirit that he epitomised what it is to be a beautiful, ethical human being more concerned about the welfare of everyone than himself. To understand him and his immense contribution to Africa-centred scholarship that has global resonance you have to start with his profound love and concern for humanity.

I am a graduate not in the formal institutional sense but of his teachings and moral persuasion delivered through our ordinary conversations as brothers, friends and academics. Many – too many to count – across the whole wide world are graduates of his school in much the same way. These lessons were delivered gently, softly through his banter and incisive humour, which were essential parts of the forms of intelligence he possessed – emotional and academic but grounded in an infectious love for humanity. The name of the film company he co-owned, Natives at Large, is an apt example of his wicked and even cutting humour. I still chuckle at its cheekiness evoking both oppression and subjugation that went with colonialism, apartheid and its new manifestations today and the quests for freedom that are our liberation struggle.

He demystified what it was to be an academic and lived life simply as a human being who happened to be an academic, a scholar and an intellectual. The equality of human beings was not to him an abstract theoretical concept, but something to strive for without drama. Yet he had profound theoretical ideas on equality, and thought through carefully what could be done practically to advance equality of all human beings. He was the epitome of an engaged scholar and intellectual.

At the same time he was a giant intellectually who as a scholar occupied multiple academic disciplines and creative practices, from the arts, drama and theatre, literature, filmmaking, film, television, cultural and media studies, to pan-African thought and everything in between. A versatile, creative scholar and a beautiful mind. Professor Peterson lived a praxis, thinking and teaching theory and creating plays and making films on a range of topics, from love to the violence that became a massacre against miners in Marikana. A master of nuanced exploration and representation, among some of his best work was a documentary on Dumile Feni, one of South Africa’s renowned artists who died in exile in France before the dawn of democracy. In that documentary, and in most of the filmography he is associated with, sensitive treatment of and respect for subjects and issues come through clearly.

Another major living legacy he leaves is the generation of students he taught and supervised to PhD level. Some among them are scattered across the globe, leading academics in their own right. As I write, as news reaches them, they attest to his unassuming mentoring and guiding roles in which he treated them as equals. His approach was to hold critical dialogues with them, not lecture.

In 2020, he became chairperson of the art committee of the new eight-gallery Javett Art Centre at the University of Pretoria, which aims to bring the arts of Africa to the world and the arts of the world to Africa. In a short time he inspired the curatorial team in ways that will live on beyond his passing. Working with institutions beyond Wits, across Africa and the world was an integral part of his transdisciplinary sensibility and practice.

As a transdisciplinary scholar at Wits, he was one of three very unique scholars. The others are Professor Isabel Hofmeyr and Professor James Ogude, now director of the Centre for the Advancement of Scholarship at the University of Pretoria, teaching African literature, who, long before it became fashionable and without fanfare, demonstrated how to decolonise the study of literature primarily and in multiple forms of mediated texts. Their teaching and research was a wellspring of ideas that formed the deep fabric of, and source of, resistance to apartheid and others forms of oppression for those they taught, and presaged critical scholarship that was not naïve about the post-apartheid and post-colonial contexts.

He was accomplished in a form of transdisciplinary scholarship that affirmed positive humanness and humanity. In my engagements with him I could see and feel that he was persistently debating within himself, as he was with others, seeking to critically illuminate the complexity of our existence as human beings and its meanings.

If he could read what I write here his response would be: “What is this about? You people are complicated.” As if he was not at the same time simple and complicated in his quest to make a contribution to bettering all of humanity in Africa and across the world.

As the saying goes, graveyards are full of irreplaceable people. But he, Professor Bhekizizwe Peterson, is an irreplaceable loss. May he rest in power, knowing that his rich, nuanced living legacy of engaged scholarship will continue to be an inspiration for many across generations. DM

Professor Tawana Kupe is Vice-Chancellor and Principal of the University of Pretoria.